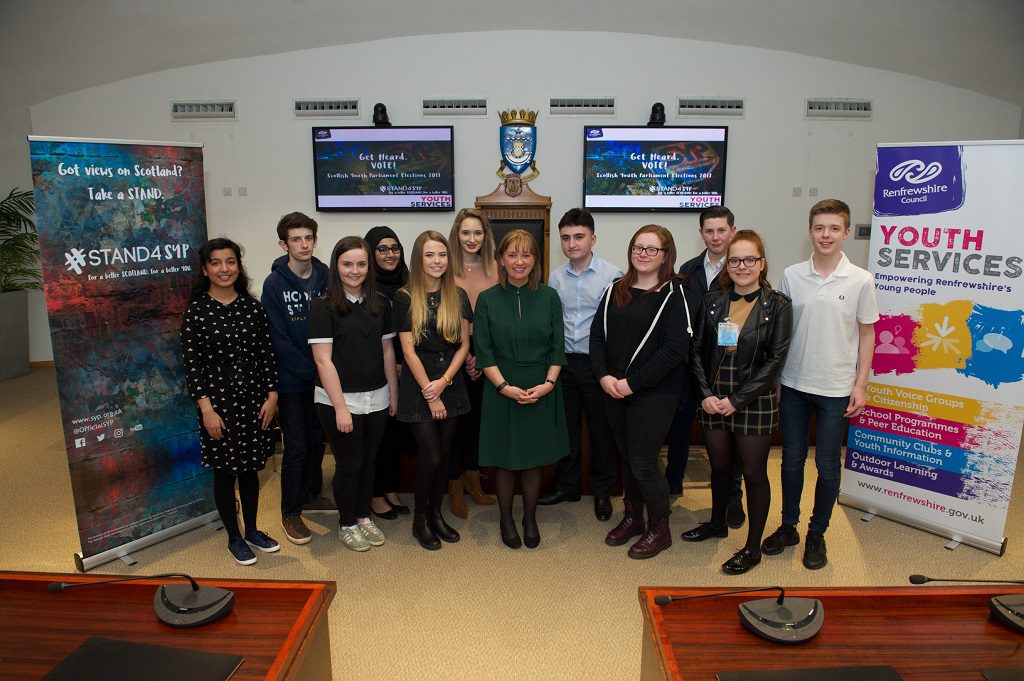 Over 7000 votes were cast online and in polling stations at every secondary school, the University of the West of Scotland, West College Scotland and Renfrewshire House- the highest ever turnout in Renfrewshire and an increase of over 500 votes from 2015.

Renfrewshire’s Youth Services team- which aims to improve outcomes for young people in Renfrewshire- worked to engage young people and provide them with the information and opportunity to cast their vote in the election.

The successful candidates elected for Renfrewshire are:

Members of the Scottish Youth Parliament (MSYPs) will serve a two year term in which they will attend three sittings designed to give young people a voice on a national level.

Renfrewshire Council Chief Executive and Returning Officer, Sandra Black, said: “It is fantastic to see so many young people exercising their democratic right to vote and our Youth Services team deserve great credit in engaging our young people in the process.

“I offer my congratulations to our newly-elected MSYPs who will provide the voice of Renfrewshire’s young people for the next two years to a national audience.

“The Youth Parliament is a fantastic opportunity for budding politicians to get a taste of the political environment and what it takes to have the voices of their constituents heard.

“I’m sure they will be extremely successful and hopefully this will spark their interest in a future career in the field.”

Further information on the Scottish Youth Parliament can be found via www.syp.org.uk.

Glasgow News? Daily Updates part of our network
End of an era: Ogilvie Social Club in Paisley closes down

A chance to remember those lost
Scroll to top