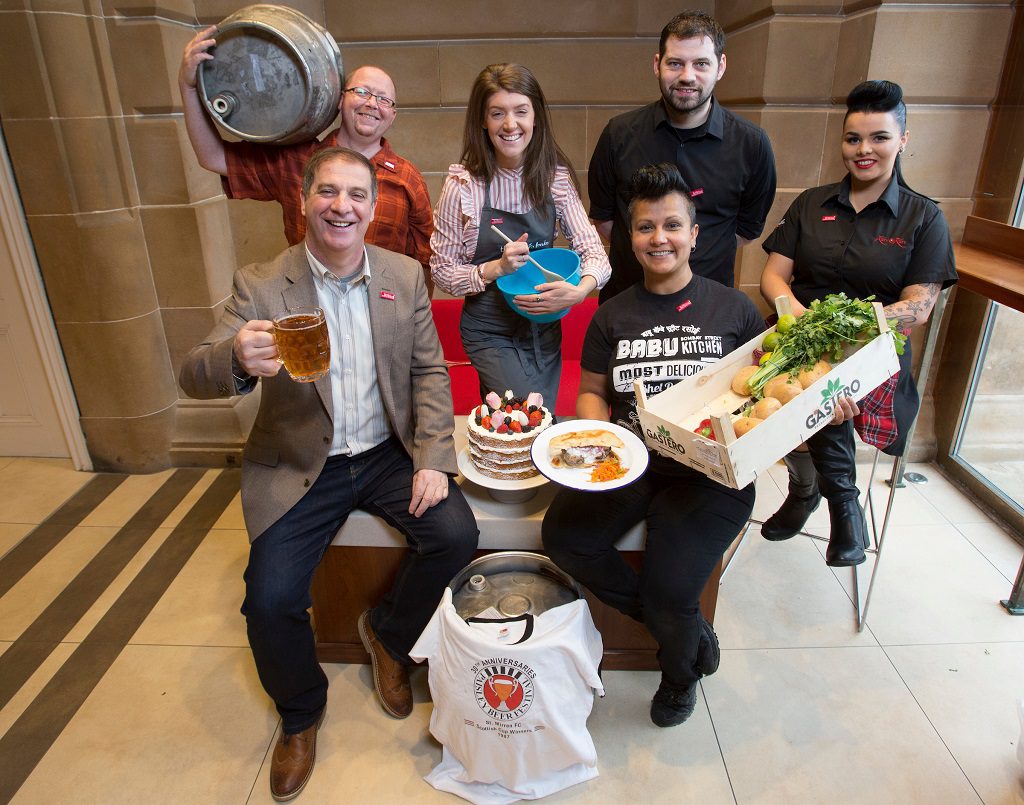 Paisley is getting set for a food and drink extravaganza next month – with three great events taking place over the same week.

The 30th annual Paisley Beer Festival – Scotland’s largest – will return for another year to Paisley Town Hall from Wednesday 19 to Saturday 22 April.

On the Saturday the Paisley Food Festival brings a one-day culinary carnival of street food from across the globe plus free family entertainment to Abbey Close.

And Paisley Restaurant Week, being delivered by local business improvement district Paisley First, runs from Saturday 15 to 23 April, with discounts and deals at eateries throughout the town centre.

The events are taking place one week before Paisley’s bid for UK City of Culture 2021 is due to be lodged with the UK Government.

The beer festival is organised by the Renfrewshire branch of the Campaign for Real Ale, who are marking the event’s 30th anniversary by celebrating St Mirren’s 1987 Scottish Cup win – which took place on the same day as the first festival – on their logo and pint glasses.

To promote the event, beer festival organisers were joined by St Mirren chief executive and 1987 cup-winner Tony Fitzpatrick, plus some of the vendors from the food festival, and local businesses taking part in Paisley Restaurant Week.

David Cassidy of Renfrewshire CAMRA said: “When we first started we had no idea we would still be going 30 years on – back then we just had 30 beers and one hall.

“Now we are the biggest real ale festival in Scotland with more than 250 beers over three bars, plus a cider bar and foreign beer bar.

“A few of us are St Mirren fans and it was an easy decision to celebrate the link with the 1987 team in this year’s festival. We also want to thank our sponsors, the Bungalow Bar and Callum’s Cavern.”

The food festival is run by Renfrewshire Council and is taking place for the third time, as part of the area’s major events programme, which aims to attract visitors to the town centre and showcase it as a vibrant destination, alongside the town’s UK City of Culture bid.

It will run from noon to 7pm and will include a wide range of food vendors, from global cuisine to the best of the Scottish larder, with smaller-sized portions at reduced prices for children, and all dietary options catered for. There will also be live music, children’s entertainment, cookery demos and workshops and more – all free.

Rachna Dheer of Babu Bombay Street Kitchen said: “We are absolutely delighted to be taking part in the Paisley Food Festival – we’ve done a lot of these events and they are a great way for people to try lots of new things.”

Paisley Restaurant Week is running for a second year and will be backed by more than 20 businesses in the town centre.

Andrew Mitchell, Paisley First manager, said: “Paisley town centre has a wide range of fantastic restaurants and cafes to suit every taste and budget, and during restaurant week these businesses are putting on some amazing deals which can be found on our website, so don’t miss out on Paisley culinary delights and visit Paisley”.