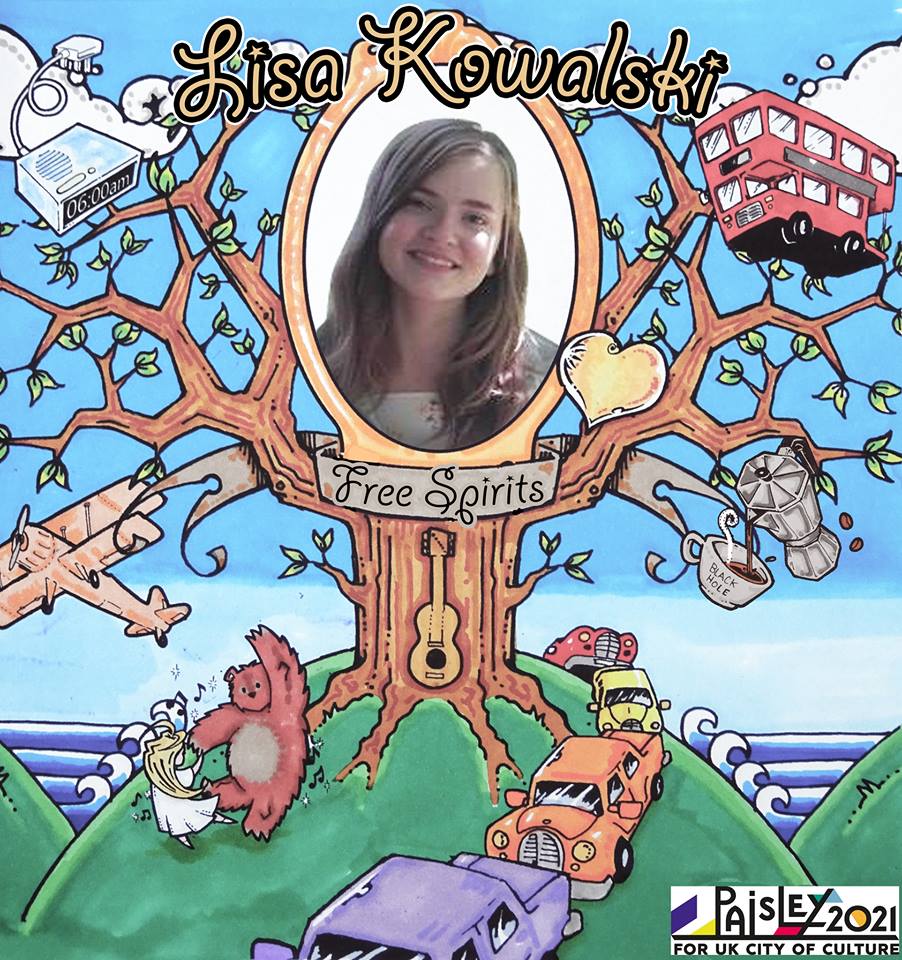 There is a launch gig with Lisa and some guest artists at Callums Cavern on the 20th and the EP will be available for download  on 21st.

Paisley 2021 are behind the project as part of the run up of events prior to the next stage of the bidding process and St Mirren FC are great friends of Lisa Kowalski Music, having had Lisa along to play  at the ground several times and promoting the EP on the pitchside screens.

By coincedence Lisa was booked to play at the Brewers Tap for the first time last Saturday, which was packed with SMFC fans after the cup game and she had the pub singing along to Oh when the Saints and the fans shouting “Lisa, Lisa!”

Braehead and West College are also plugging/ getting involved with the EP launch and Brick Lane Studio have helped her put a band together to  perform her original songs on the stage at the Beer Fest.

Initial feedback to prelaunch promotion of the EP has been great, with airplay on Pulse FM, KA Radio, Radio Saltire, Your Radio and Amazing Radio (Jim Gellatly). STV have also listened to the songs and  expressed an interest in having Lisa on the Riverside show.

The four songs on the EP were written from age 14 to 16 and reflect teenage experiences of growing up and Lisa’s personal journey as a musician and someone who has always stuck  her head well above the parapet.  It includes the track Hearts of Gold as in “the streets are paved with hearts of gold” which is all about how much she loves busking in Paisley.