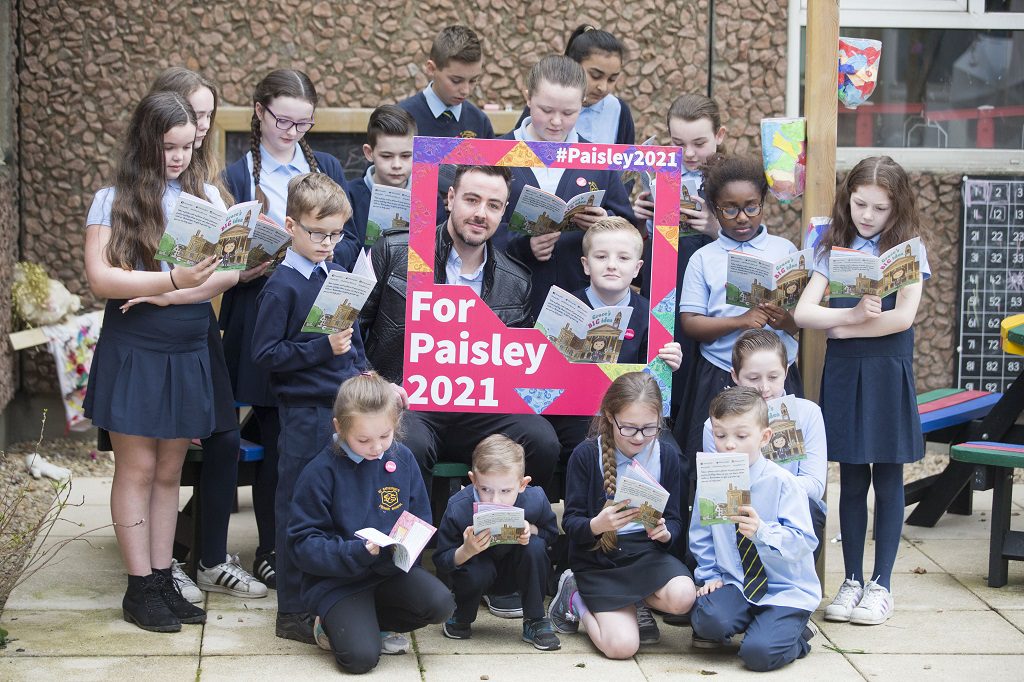 Every school pupil in Renfrewshire is getting the chance to shape Paisley’s bid to be UK City of Culture 2021 – through a specially-commissioned children’s short story written by an award-winning author.

A copy is going to all 14,000 primary pupils in Renfrewshire as part of a massive community engagement push which will have seen more than 30,000 people join the conversation around the Paisley 2021 bid when it is lodged at the end of April.

Schoolchildren are being asked to nominate one thing they like about Paisley and submit one idea they would like to see as part of the bid – with the results to be collated by bid bosses to inform future work.

Members of the bid team have already toured every high school in Renfrewshire.

The Renfrewshire town is bidding for the culture title as part of wider plans to transform the area’s future using Paisley’s unique cultural and heritage story.

“Once this schools exercise has been completed we estimate around 30,000 people will have had the chance to feed ideas into the bid – that’s a number equivalent to more than half the town’s population.

“That could only have happened with the hard work of our dedicated community engagement team, who have toured every corner of Renfrewshire over the past year to capture the views of cultural, business and community groups about the town and what culture means to them.

“The bid and related work aims to create a lasting legacy for the Renfrewshire our children will inherit – so it was crucial we captured their views, and Ross’s wonderfully-written story is a great way to do that.”

Renfrew-based Ross – a former winner of the Scottish Children’s Book of the Year award – was at St Catherine’s Primary in Paisley to meet the school’s 2021 committee and read section of the story, written from the point of view of a young girl who loves to dance.

Ross said: “I’m very proud to have been able to play a tiny part in the Paisley 2021 bid. Paisley has such a rich history and a wealth of cultural heritage.

“I think it’s very fitting the Paisley 2021 team are asking children all over Renfrewshire to contribute their ideas to the next chapter of the town’s story.”

The UK City of Culture competition is run by the government’s Department of Culture, Media and Sport. For more information on Paisley’s bid, visit www.paisley2021.co.uk