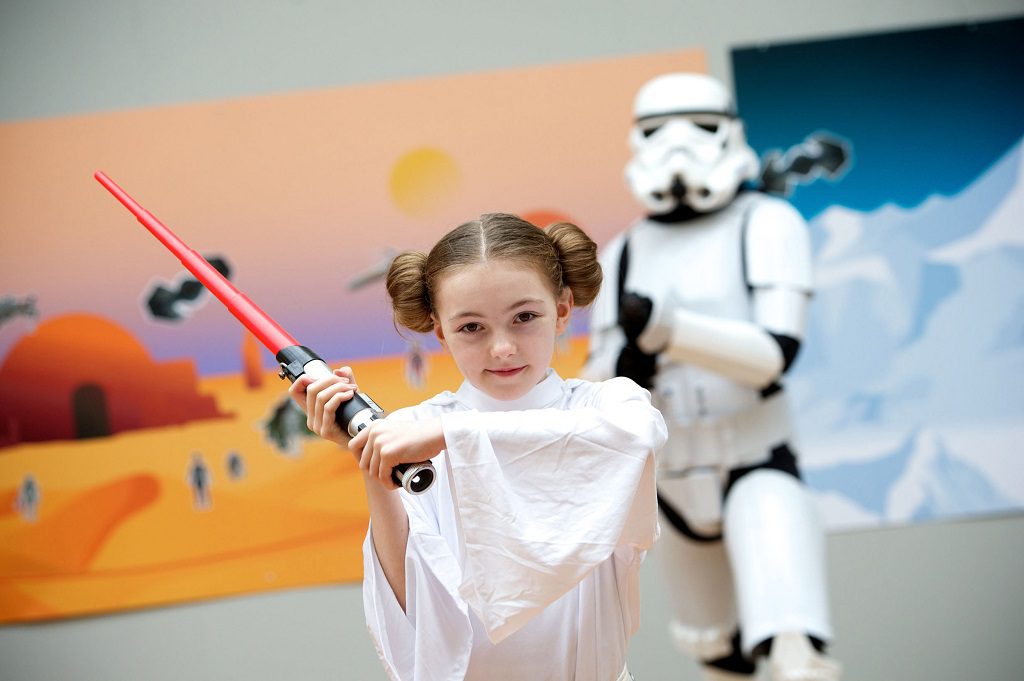 YOUNGSTERS will be heading for a galaxy far, far away with a Star Wars Easter Trail, at Paisley Museum.

ten-year-old Leia Brown, from Paisley at the May The Toys Be With You exhibition also on at Paisley Museum.

Along with the popular May The Toys Be With You exhibition, Renfrewshire Leisure has organised a host of Star Wars activities during the Easter school holidays.

The free Star Wars Easter Trail at the museum runs from Saturday April 1 to Tuesday, April 18 and there are Easter eggs to be won by those taking part.

Activities and workshops are being held on various days between 11am and 3pm and on Tuesday April 4 there’s a chance for youngsters to learn how to code on a computer with a Star Wars theme.

On Wednesday, April 5 kids will be shown how to make their own lightsaber they can then take home and the following day, they’ll be making their own Darth Vader, Stormtrooper and C3PO lanterns.

On Friday, April 7 the Star Wars activity is how to create your own Yoda Head Hat; there’s a 3D Death Star Game on Thursday, April 13 and Star Wars screen printing, on Friday April 14 and Monday April 17.

Chief executive of Renfrewshire Leisure, Joyce McKellar said: “Not only do we have one of the country’s best Star Wars exhibitions in Paisley just now, but we’ve got lots of exciting activities on the Star Wars theme for youngsters during the Easter holidays.

“There’s no excuse for youngsters feeling bored during the school break as they can take off and land at Paisley Museum for some great fun that’s just out of this world.”

All workshops cost £3 per child and need to be booked in advance at Paisley Museum. Log on to www.renfrewshireleisure.com for more details.

Are you living in a cold and damp home with high fuel bills? We can help!
Scroll to top