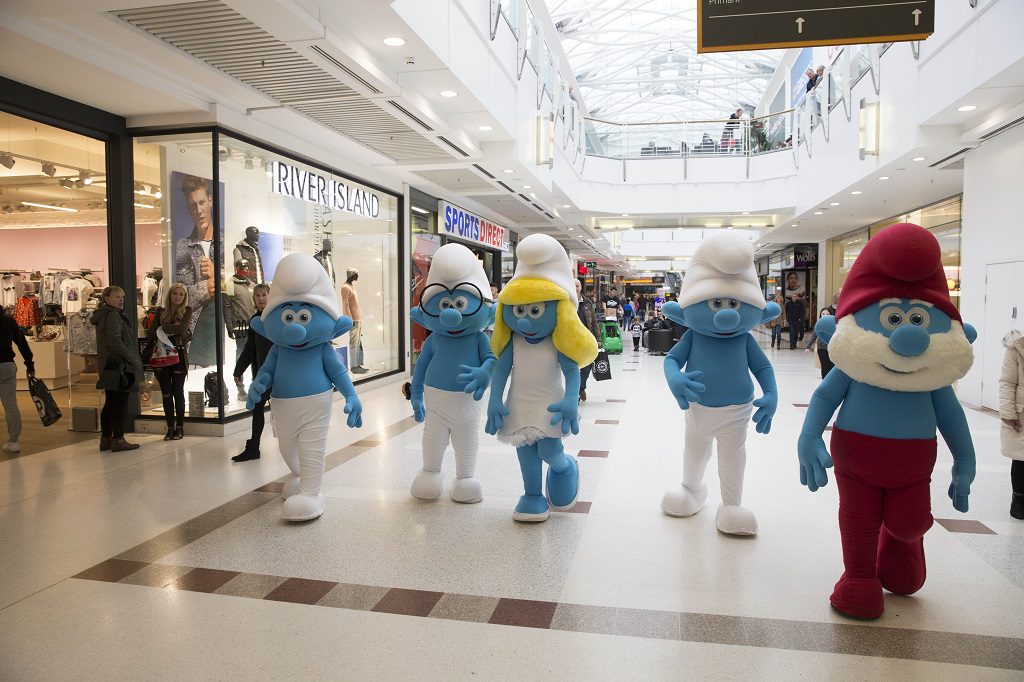 YOUNGSTERS out shopping bumped into their favourite cartoon characters at the intu Braehead mall.

The Smurfs were at the mall over the weekend and attracted a big crowd as they celebrated the release of their new movie, Smurfs: The Lost Village, which previews on March 25 and 26 and opens at cinemas nationwide on Friday, March 31.

Excited children got the chance to take part in a host of activities, including the Catch-a-Smurf Wind Chamber Challenge and the Grab-a-Smurf game. They also met and had their photos taken with Smurfette, Clumsy, Hefty, Brainy and Papa Smurf from the film.

Chloe Gemmell from paisley with smurfet

In the new fully animated film, a mysterious map sets Smurfette (Demi Lovato) and her best friends Brainy (Danny Pudi), Clumsy (Jack McBrayer) and Hefty (Joe Manganiello) on an exciting and thrilling race through the Forbidden Forest filled with magical creatures to find a mysterious lost village before the evil wizard Gargamel (Rainn Wilson) does.

Embarking on a rollercoaster journey full of action and danger, the Smurfs are on a course that leads to the discovery of the biggest secret in Smurf history.

Marketing manager at intu Braehead, Christine Macdonald said: “There’s no doubt The Smurfs are as popular as ever and our young – and even some of our not-so-young – shoppers just loved meeting up with the characters.”

The Pride of Paisley…The Lion roars again!
Scroll to top