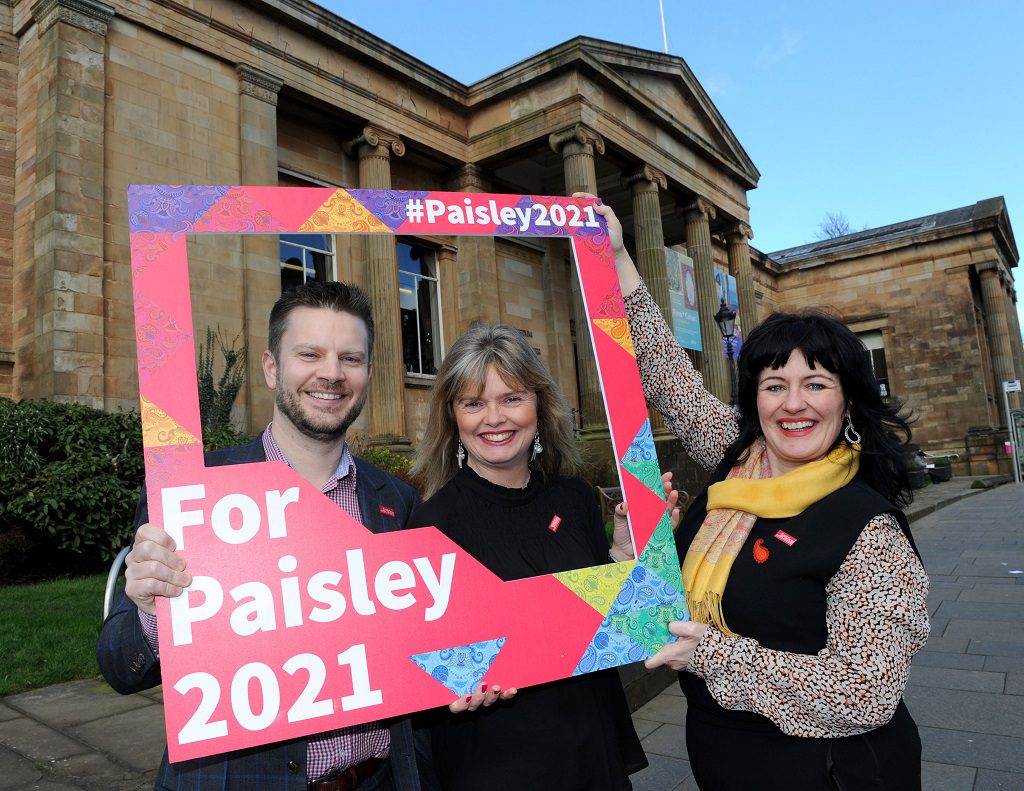 Paisley’s bid to be UK City of Culture 2021 has been backed by a famous global name which started life in the town – Coats, the world’s leading industrial thread manufacturer.

The Renfrewshire town is bidding for the title as part of wider plans to transform its future using its heritage and cultural assets.

Coats has strong links with Paisley as its origins can be traced back to the Coats and Clark families that created the weaving and textile industries there during the 1750s.

Rajiv Sharma, Group Chief Executive, Coats, said: ‘Coats is very proud of its heritage and Paisley is where it all began.  This bid will help transform the future of Paisley by bringing much-needed regeneration and opportunities that will give the town the civic pride it rightly deserves once more.’

In the 1880s Paisley was one of the fastest growing towns in the UK and more than 10% of its 60,000 population were employed by the Coats or Clark firms, which came together in the 1890s to form Coats.

The families were major benefactors to the town of Paisley including iconic buildings such as the Coats Observatory – one of only three remaining public observatories in Scotland  – and the A-listed cast-iron Grand Fountain, recently restored to its former glory.

They also funded the building of Paisley Museum and bequeathed many items which remain in the town’s collections. Renfrewshire Council last year revealed plans for a £49m revamp of the museum to turn it into an international-class heritage attraction by 2022.

Coats still retains a presence in the town today through its global Colour Systems Team, which is based in the Mile End Mill building.

The team is an integral part of the global business and leads the development of cutting-edge colour management technology which drives best practice and productivity improvements across Coats’ 45 thread dyehouse operations around the world.

Paisley 2021 Bid Director Jean Cameron said: “We are thrilled to have one of Paisley’s most famous names on board for the bid.

“Paisley’s name is known around the world for the role it played in shaping the global textile industry. But as much as Paisley made textiles, textiles also made Paisley.

“The legacy left by the Coats and Clarks is all around us in the town today in our buildings and in our people – and that legacy will feature strongly in our bid when it is lodged.”

The UK City of Culture competition is run by the UK Government’s Department for Culture, Media and Sport and bids are due to be lodged in April.