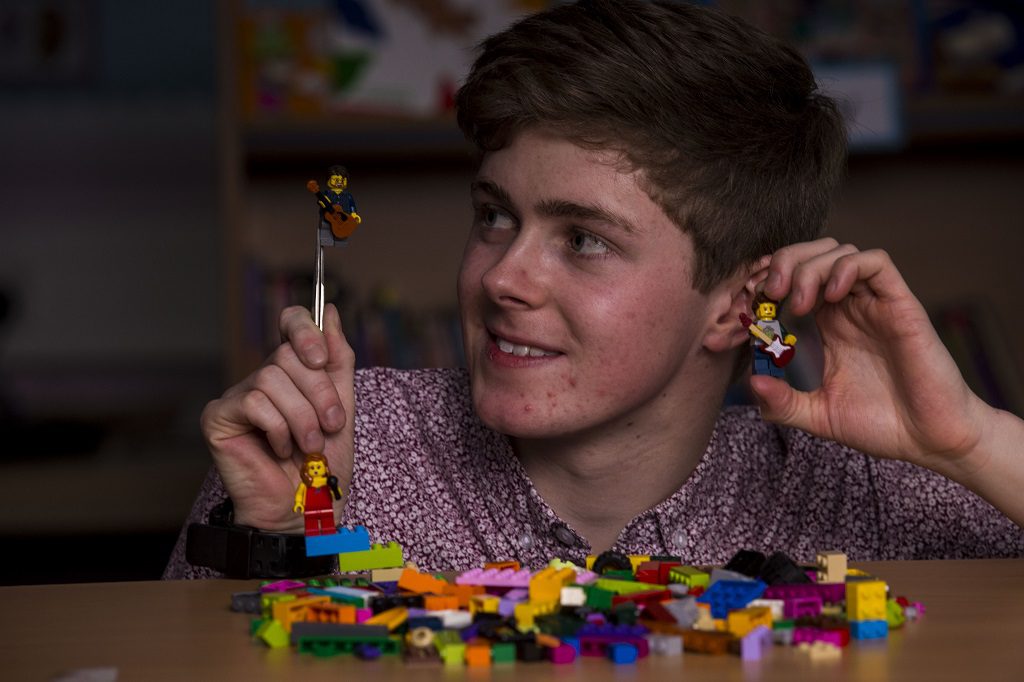 A teenager from Kilbarchan has created a fabulous stop-motion animation film about the nearby town of Paisley, Scotland in trademark Lego bricks style.

The three-minute film, which was launched today (1 February) at St. Charles’ Primary School in Paisley features the town’s most striking buildings while Paisley “buddies” are depicted in their most famous roles – from David Tennant as Dr. Who and the artist and playwright, John Byrne, in his studio, to pop megastar Paolo Nutini performing at ‘T in the Park’. There’s even homage to kitsch 70s Paisley pop queen, Kelly-Marie.

Following his creation of ‘Brick Flicks’- a series of stop-motion animation films using Lego of famous movie scenes – 17 year-old Morgan Spence has been fêted by America’s Jimmy Kimmel and commissioned by a Birmingham man to create a unique marriage proposal (screened before the main feature in his local cinema).

Morgan received funding for this new film from Paisley’s Culture, Heritage and Events Fund, which is designed to enhance the town’s cultural richness and diversity as part of its bid to become UK City of Culture 2021.

Renfrewshire Council Leader and Chair of the Paisley 2021 Bid Partnership Board, Mark Macmillan, said: “The wealth of young, creative talent in Renfrewshire is an extremely important part of our bid to become UK City of Culture 2021, and we are delighted to have Morgan in our midst.

“His film is a wonderful, affectionate tribute to Paisley, which we hope will ignite further debate about the town and its future.”

Morgan Spence said, “Renfrewshire Council has supported my films for several years, involving me in Lego exhibitions back in 2013 and 2014. So it was a privilege for me to be able to promote the town in this way.

“My parents and grandparents went to school and worked in Paisley and I’m delighted to have been able to play a small part in enhancing the town’s bid to become UK City of Culture.”

As part of his funding, Morgan is also delivering digital filmmaking and animation workshops in 10 Renfrewshire schools – one of which was today’s session at St Charles’. Meanwhile he is studying for a clutch of qualifications at Johnstone High School in a bid to secure a place at university to study multimedia journalism.

Lynne Hollywood, Acting Head Teacher at Johnstone High, said: “Morgan is in his sixth year at Johnstone High School and we are incredibly proud of him. At just 17, he manages to balance his academic studies alongside his duties as Depute Head Boy, whilst also making stop-motion animation films through his own production company.

“Morgan has a genuine commitment to his local community and his film for the 2021 bid is a great example of how our talented, local young people can back the bid.”

Morgan’s film about Paisley, which took four months to make, is at (insert link to movie on Paisley 2021 YouTube channel).

Glasgow News? Daily Updates part of our network
Where to have the best corporate events

February events at The Bungalow
Scroll to top