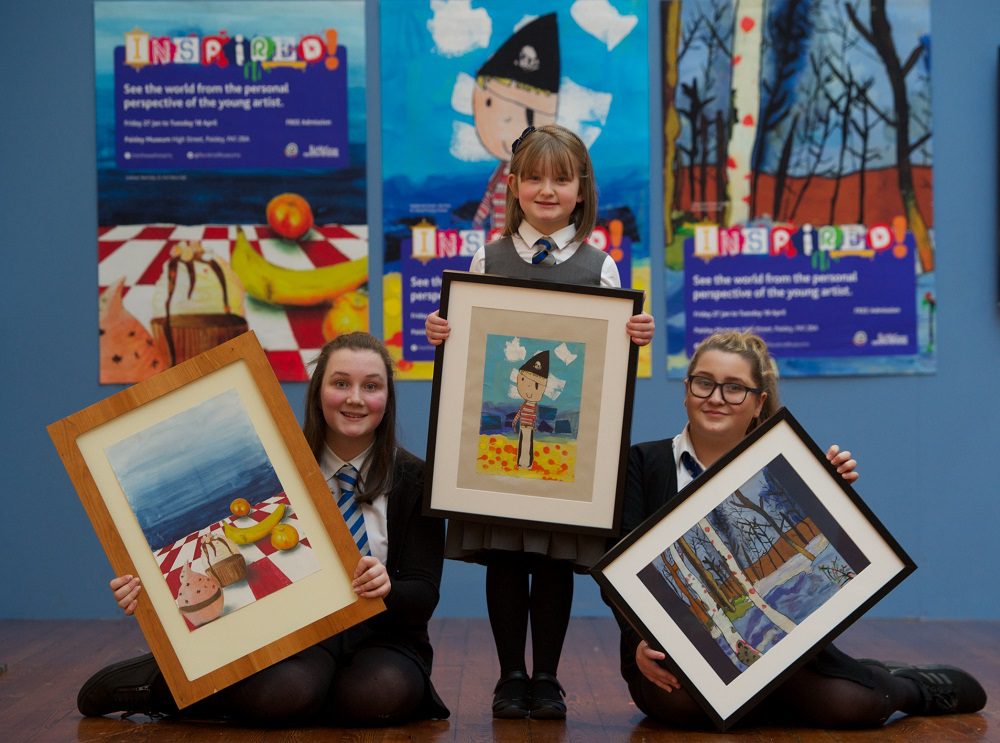 A RECORD number of works of art by school pupils has been put on show at the annual Inspired exhibition, at Paisley Museum.

The exhibition features more than 120 drawings and paintings from children at local nursery schools to young adults in their final year at secondary school.

It runs from until Tuesday, April 18

he opening of the Inspired Exhibition was well-attended by family and friends of pupils whose artistic work is on show.


Joyce McKellar, chief executive of Renfrewshire Leisure said: “The aim of the exhibition is to showcase the art and design skills of pupils in Renfrewshire’s nursery, primary and secondary schools.
“And this year we have a record number of exhibits, which further enhances Paisley’s reputation as a place of culture.
“The exhibition displays how the artistic skills progress from the early works of three and four year olds through to the sophisticated and talented pieces which form a Fifth or Sixth Year pupil’s folio for national qualifications.
“The exhibition is called Inspired as that’s exactly what it shows – a reflection of the personal perspective of the young artist and the things which inspire them.”

Joyce added: “The pieces on display are both humorous and sophisticated. Some of the drawings of the very young children will certainly raise a smile and the work of the older pupils are very impressive and are of a professional standard.”

Organisers of Inspired are also working in partnership with The National Gallery of Scotland, as after the exhibition closes, much of the work featured will be sent for consideration in their National Tesco Bank Art Competition.
And 13 pieces of work will be chosen to feature in the Renfrewshire Provost’s 2018 Calendar

A new feature of the exhibition this year is a cardboard model of an imaginary Paisley City created by students, young people and their families as part of the Made in Paisley programme under the direction of West College Scotland and Ice Cream Architecture.