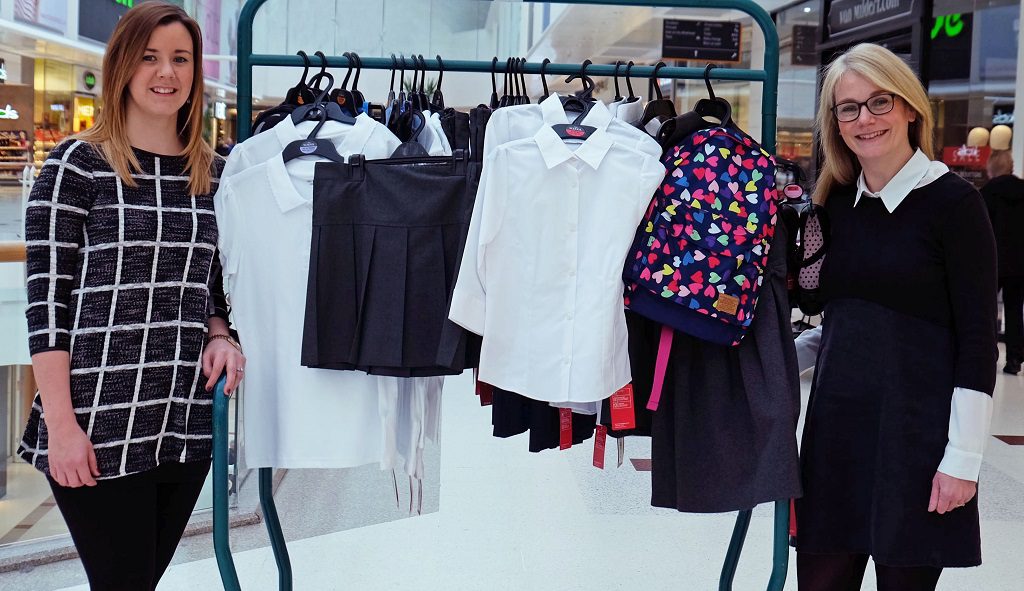 A NEW charity launched in Paisley to provide school uniforms for disadvantaged children has been given a boost by intu Braehead.

The shopping and leisure destination’s Community Fund has donated a £500 intu Gift Card to the Back to School Bank Paisley fundraising effort.

The charity set up by primary teacher, Lynne Gilday aims to buy and distribute school uniforms, PE kit, shoes, coats, hats and scarves along with pens, pencils, calculators and other stationery to youngsters whose families may be struggling financially.

Back to School Bank Paisley is run by a group of 12 volunteers and requests for help are made to the charity by schools, social workers, GP surgeries and organisations like the Citizen’s Advice Bureau.

A teacher at Lochfield Primary, in Paisley, Lynne said: “When I began to see that some families needed help to provide a good school uniform for their kids, I was shocked there was nothing in the whole of Renfrewshire for them.
“So, after talking with colleagues, I decided to set up the charity to help the thousands of children locally who are living in poverty.
“We’ve seen children coming to school either not wearing a uniform, or wearing clothes that are hand-me-downs that are either too small or too big.
“This impacts on their confidence and self-esteem, which in turn, affects their ability to learn.
“Kids having a school uniform is something you tend to just take for granted, but it can be really expensive and lots of families are under severe financial pressure.”

Lynne added: “We send out the uniforms in plain bags, so the youngsters won’t know where the clothes have come from and they can wear their uniform with the same sense of pride as other kids in their school.”

Community development manager at intu Braehead, Lydia Brown said: “The Back to School Bank is a very worthy cause and will be a great help to less well-off families.
“There are plenty stores at intu Braehead where the charity can use the Gift Card to buy school clothes and other items and we know our donation will be put to very good use.”

Anyone wishing to donate to the Back to School Bank should email backtoschoolbankpaisley@gmail.com