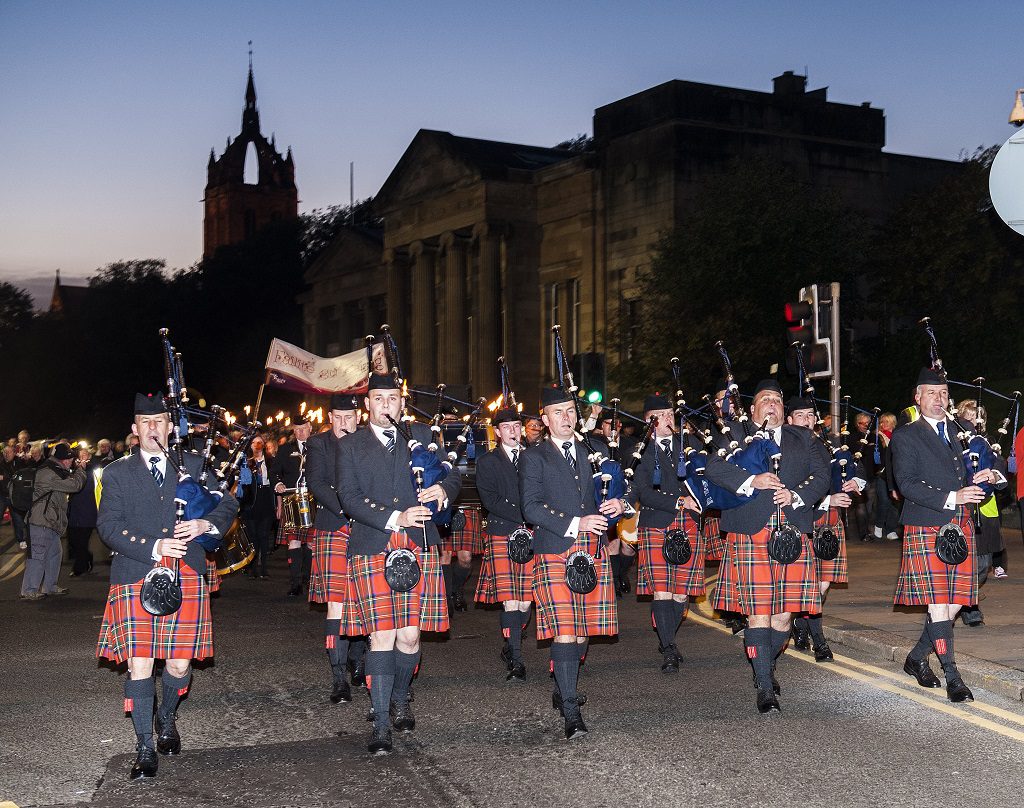 Paisley could be set for a six-figure economic boost if it can bring Scotland’s primary celebration of Gaelic language and culture back to the town in 2021. Work to on a bid bring The Royal National Mòd back to the town is well advanced, with financial plans being put in place to cover the expected costs.

If the bid is successful, the nine-day festival would become a key part of the proposed programme for Paisley’s UK City of Culture 2021 bid.

Members of Renfrewshire Council’s Leadership Board will next week be asked to set aside a budget of £300,000 to meet event hosting costs, plus £12,500 per year for four years to fund a programme of Gaelic language events locally.

An independent analysis of Paisley previous hosting of the Mòd in 2013 found it attracted more than 8,000 visitors, 38% from outwith the area, and with total visitor spending of £700,000.

The same report found the return on Renfrewshire Council’s investment was six to one, and the economic activity was the equivalent of 33 full-time jobs.

Public meetings have already taken place to create a local organising committee, which – with support by council staff – will submit a bid by June.

Paisley’s Mòd ambitions have been supported by prominent Gaelic musicians Donnie Munro and Skerryvore, who both played the town’s Spree festival this year.

The town has also started to build a Gaelic legacy with an annual festival for under-18s – Fèis Phàislig – running each summer and which this year saw almost 100 young people take part in a week of musical workshops.

Renfrewshire Council Leader Mark Macmillan said: “We were delighted to bring the Mòd to Paisley for the first time three years ago – and I am sure residents will remember how busy the town was during that week.

“Hosting the Mòd again in 2021 would bring another massive economic boost to the Renfrewshire area.

“If we win UK City of Culture 2021 it would be a key part of the year-long programme of major events that would involve.

“But even if not it will help us maintain the momentum the 2021 bid has already created in terms of establishing Paisley as a key destination on Scotland’s cultural map.

“It would also allow us to create an even stronger Gaelic cultural legacy within Renfrewshire, building on the good work already being done.”

The Leadership Board will consider the plans when it meets on Wednesday 30 November.