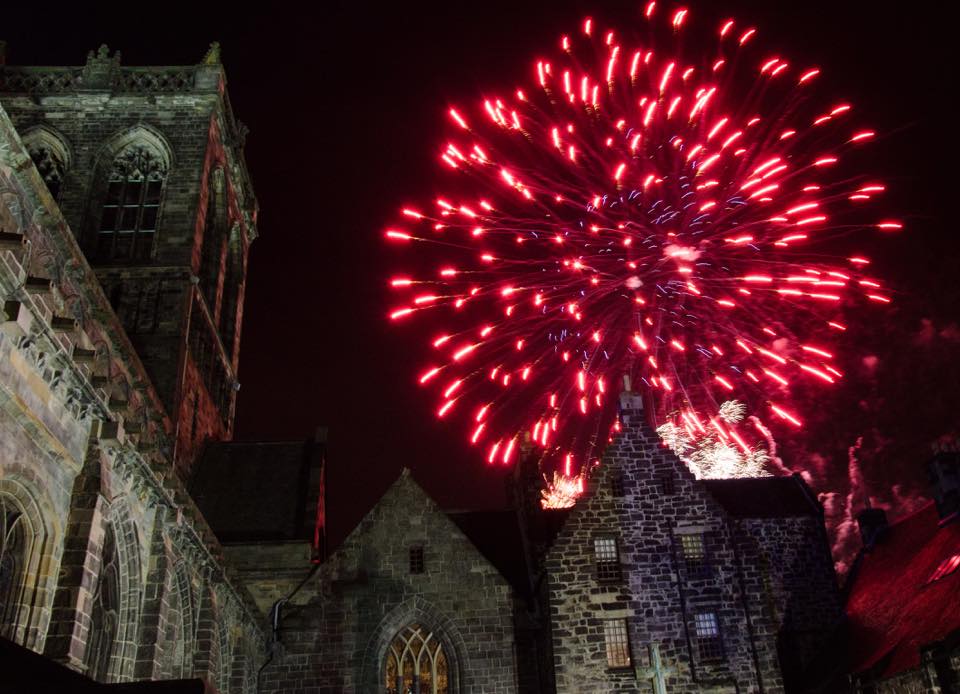 Almost 30,000 people descended on the town centre for the annual Fireworks Spectacular- hosted by Renfrewshire Council- as part of an afternoon full of family fun and activities.

The magnificent Paisley Abbey provided a stunning backdrop as crowds filled the streets around Abbey Close to get the best view of the outstanding display. The fireworks were launched from the roof of the council building on Cotton Street and came at the end of a packed day of entertainment in the town centre.

Hosted by the Captial FM DJs, the stage in Abbey Close featured a variety of local bands including The Turkey Nuts, Start, Kong and The Vanities.

Also putting on a performance were musicians Sam Holloway, Lisa Kowalski, Rachelle and Brittany Davies and Andrew Quinn- while Gerry Lyons kept the crowd entertained with a 60s and 70s DJ set specially mixed and choreographed for the fireworks display. During the afternoon, families and kids enjoyed free activities Paisley Town Hall as part of an exciting programme of entertainment.

Paisley Fireworks Spectacular is part of the push towards Paisley’s bid for UK City of Culture 2021 and is one of many events in an exciting winter events programme, with the Paisley Christmas Lights following on Saturday 12 November- headlined this year by triple-platinum selling band Scouting for Girls.

Renfrewshire Council Leader Mark Macmillan said: “It’s fantastic to see so many people coming into Paisley town centre for one of the flagship events of our winter programme.

“We’re working hard to regenerate Paisley and events such as this bring fantastic footfall into the area and give a boost to the local economy.

“The fireworks were once again a magnificent spectacle and topped off a fantastic family-orientated day.”

The fireworks event was sponsored by the Paisley Centre, Intu Braehead, Renfrewshire Leisure and Invest in Renfrewshire.