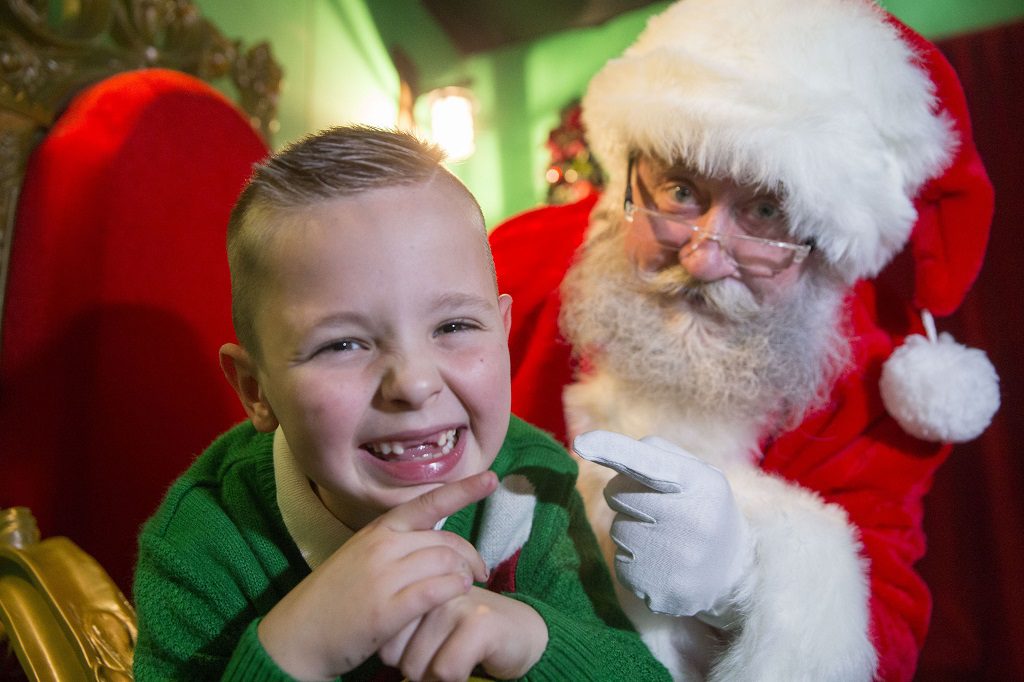 YOUNGSTER Owen Macdonald tells Santa all he wants for Christmas is his two front teeth.

The seven-year-old from Foxbar, in Paisley visited Santa’s Grotto at the intu Braehead shopping and leisure centre and revealed what was top of his Christmas present wish list. Owen lost the first of his front teeth a few weeks ago when he was playing hide and seek with friends and as he tried to climb a tree, banged his teeth into a branch. A few days later his other front tooth became shaky and fell out.

And just like the famous novelty Christmas song, Owen’s hoping Santa will bring him some new front teeth on Christmas Day.

Owen was one of the first to visit Santa in his new Snowman-themed Grotto the upper mall, next to the Schuh Kids store.

The Grotto is now open every day until Christmas Eve and this year, children will be guided to meet Santa through a snowy interactive maze, with moving and talking snowmen, thanks to the wonders of animatronics.

Marketing manager at intu Braehead, Christine Macdonald said: “If Owen wants two new front teeth for Christmas, Santa will no doubt, do his best to make sure his wishes come true.
“I’m sure it’s not going to be the only unusual present Santa will be asked for when he meets the children in our Grotto, which is always a popular attraction.
“We love this time of year and it’s great seeing the look of excitement on the faces of the children waiting to meet Santa. That really is the magic of Christmas.”

Admission to Santa’s Grotto, in association with Playmobil, starts at £5.50. Log on to www.intu.co.uk/braehead to book online.