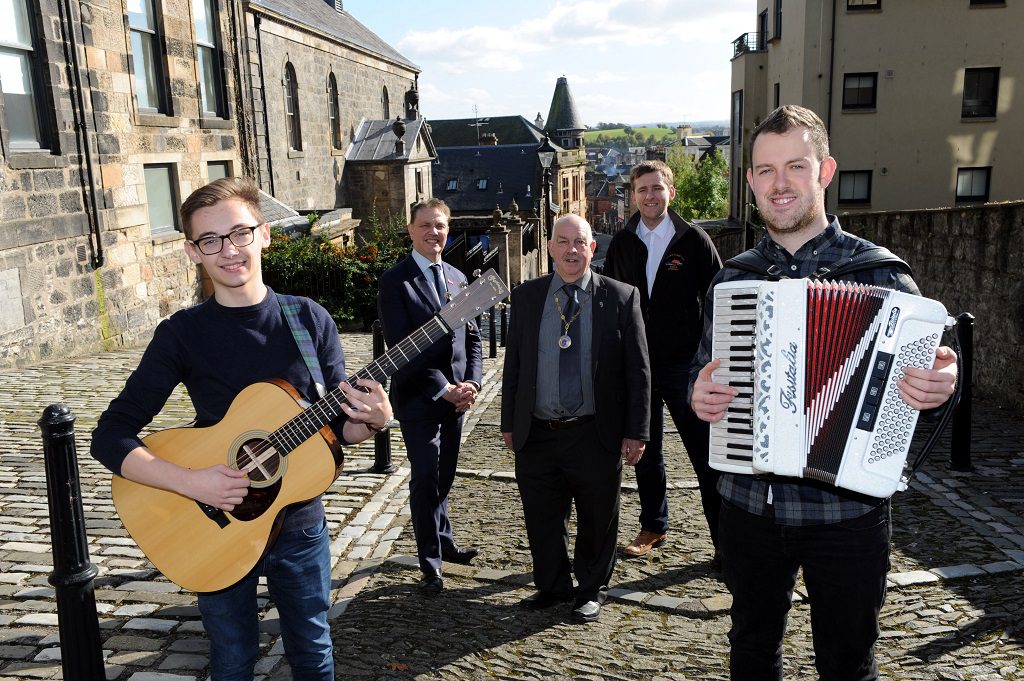 Following its successful hosting of the Royal National Mòd in 2013, Paisley’s bid to again host the celebration of Gaelic culture in 2021 is already gaining support from the Gaelic community, including renowned musician Donnie Munro. The 2013 event was heralded as a success and Paisley wants to build on its successful legacy by bidding to host it again in 2021. The Gaelic festival will hopefully be one of many cultural events taking place across Renfrewshire that year as Paisley bids for UK City of Culture in 2021.

Paisley’s bid to host the Mòd in 2021 was launched by Grant McFarlane, a local musician and Chairman of Fèis Phàislig – Paisley’s annual Gaelic festival which takes place each July. Fèis Phàislig gives young people, up to 18 years old, the opportunity to come together and develop skills in Gaelic music with the aim of inspiring the next generation to get involved with traditional music.

Grant is also organising the Ceilidh Trail events which take place as part of The Spree this year. Open to musicians of intermediate or advanced level, participants will receive tutoring in traditional music before playing in a showcase concert in the Spiegeltent on Friday 21 October. More information is available at www.thespree.co.uk

The Ceilidh Trail is just one of several traditional music events which will take place at The Spree from 14 to 22 October, including performances by Donnie Munro and Skerryvore.

Donnie Munro said: “It was a great privilege to have been involved in Paisley’s previous hosting of the Mòd in 2013. There was a real buzz about the place and the organisation of the venues and events was first class.”

Depute Provost John Caldwell said: “The feedback we received after Paisley’s successful hosting of the Mòd in 2013 was extremely positive. We are confident we can build on that experience to host an even better celebration of Gaelic culture with the Mòd in 2021.

“The legacy of our previous hosting can still be felt in the town and across the region, and is epitomised by groups like Fèis Phàislig and the important work they do in our communities to promote Gaelic heritage.”

To be able to bid for the Royal National Mòd, potential host towns and cities must be home to a local branch of An Comunn Gàidhealach. As in 2013, Renfrewshire Council will partner with the local branch to form the organising committee.

The Council is hosting an information event on Thursday 27 October at Renfrewshire House for people who are interested in getting actively involved with the Mòd bid. People with a passion for Gaelic language and culture, the arts, and events are encouraged to come along to find out more about how to get involved with bringing this internationally renowned event to Paisley.

While an ability to speak Gaelic is desirable, it’s not a necessity for those getting involved.

Full programme details for The Spree can be found at:  www.thespree.co.uk/

The public information meeting will be held at 6.30pm on Thursday 27 October at Renfrewshire House, Paisley.