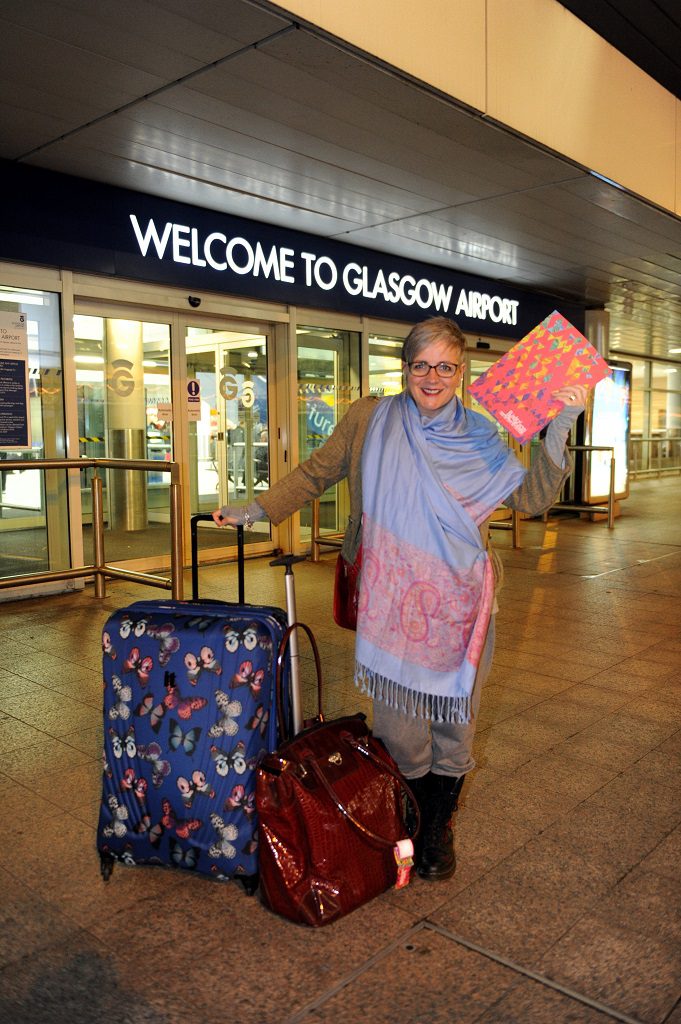 A Paisley playwright is set to deliver performances of her play in New York as part of an international theatre exchange after receiving support from the Renfrewshire Culture, Heritage and Events Fund (CHEF). Karen Herbison, who operates as H-arts, will put on performances of ‘Say You Love Me’ just a stone’s throw from the famous Broadway theatre district later this month. The play has previously been a success at the world renowned Edinburgh Fringe Festival.

H-arts was one of the first recipients of support from CHEF which is a key component of Paisley’s bid to become UK City of Culture in 2021. The £500,000 fund was created with the aim of unlocking Renfrewshire’s creative potential by helping the region’s cultural community run its own events and projects in the build up to the bid.

‘Say You Love Me’ will be produced by Mind The Gap Theatre- who boast revered actresses Dame Helen Mirren and Dame Judi Dench on their board of advisors. The production company are well known for taking the best of British theatre to New York every year- with productions ranging from short plays to full length features.

Karen and the team from her production company, Punch Productions, will put on three performances at the distinguished Duplex venue, known as an international destination for arts and entertainment. While in New York, Karen will also attend a number of theatrical workshops and meetings with the local cultural community to help generate interest in and support for Paisley 2021.

Upon her return from the USA, Karen aims to take ‘Say You Love Me’ on a tour of Renfrewshire’s high schools. She will also deliver creative workshops, covering many aspects of the writing process, to pupils studying Higher and Advanced Higher English.

‘Say You Love Me’ offers the audience a unique experience as it’s a theatrical performance which can take place in any public setting. Since writing the play in 2008, Karen has staged performances with the help and support of her Punch Production colleagues, Cheri Smith and Jon Cuthbertson, in a wide variety of venues, including most recently Bernie’s Café in Bridge of Weir.

Taking place in a restaurant setting, this current run of the play is designed to let the audience get close and listen in to what is happening at an adjacent table where the cast are playing out the story.

Critics have described ‘Say You Love Me’ as intimate, funny, explosive and poignant.

Karen Herbison said: “I’m incredibly excited about taking my play to New York and giving audiences there an experience of culture which has been created in Paisley. Since writing the play, it has always been a dream of mine to have it performed off Broadway and the support from CHEF has made that possible.

“I would encourage any Renfrewshire-based groups with ambitions of getting local people actively involved in cultural activities to apply to the Culture, Heritage and Events and Fund. It is a great initiative which is helping to make culture more accessible across Renfrewshire.”

Jean Cameron, Paisley 2021 Bid Director, said: “We’ve had an amazing response to our Culture, Heritage and Events Fund, showing that there is a real appetite to get involved in culture across Renfrewshire.  Karen and H-arts is a prime example of that and I wish her all the best in New York and upon her return when she takes ‘Say You Love Me’ on a tour of our schools in Renfrewshire.”