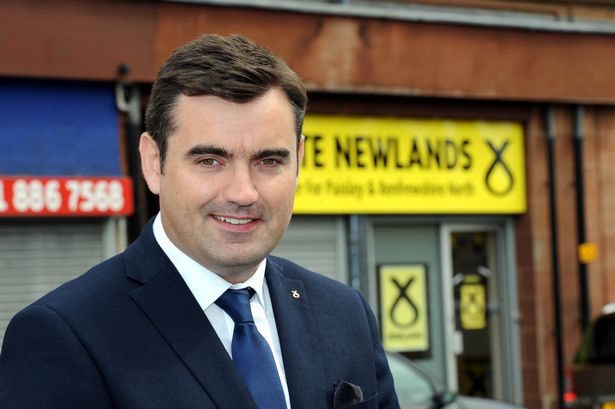 Gavin Newlands, MP for Paisley and Renfrewshire North, has welcomed the announcement by the BBC that hit show ‘Robot Wars’ is returning for a second series, with filming to again take place in the warehouse next the Westway Park estate, in Renfrew. Robot Wars was a shown on the BBC from 1988 until 2001, and was a cult favourite amongst viewers. In January of this year, the BBC confirmed that it would be re-launching this show with Dara O Briain and Angela Scanlon hosting the new series.

“It is great news that Robot Wars is returning for a second series and coming back to Renfrew as well. The first season of Robot Wars was a great success and I know that there was a number of local people who were able to attend these shows in person.

“Robot Wars has a strong fan base throughout the UK and I know people visited Renfrew purely to see the live show. This will have significant benefits to the local economy and I hope that fans of the show – both at home and further afield – have an opportunity to attend one of the shows.

PoppyScotland and The Rotary Club of Renfrew
Scroll to top