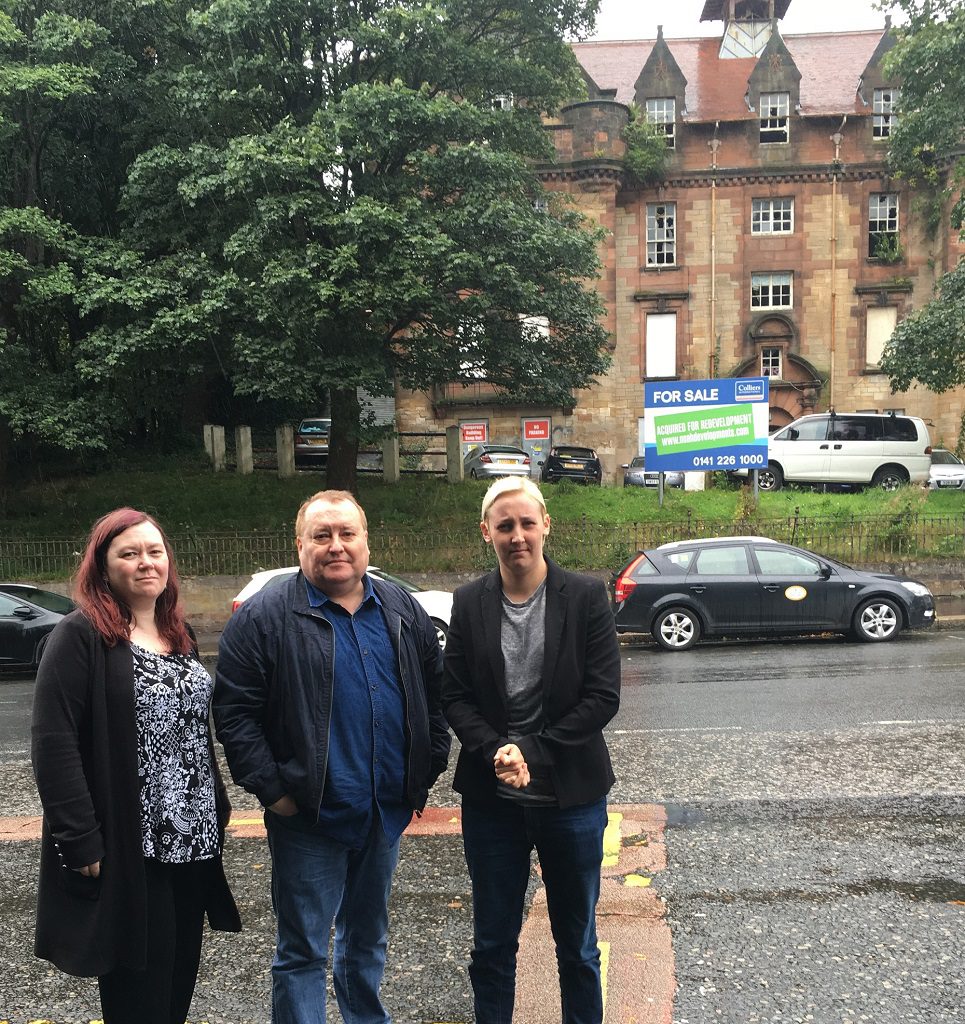 A group of politicians have contacted the developers of Paisley’s former Territorial Army building asking for details of their plans for the iconic building. The building is in a poor state of repair, it’s also on the Buildings at Risk Register and over the years suffered break-ins, often targeted by vandals and is covered in graffiti.

Councillor Kenny MacLaren said: “With Paisley going for the City of Culture in 2021 it is important that iconic buildings are not left lying in a state of disrepair.

“Constituents have highlighted that this iconic building has become an eyesore and something needs to be done before the building falls into further disrepair.

Mhairi Black MP added: “We’ve contacted Noah Developments to ask them what their plans are for the building and if they could secure the site until any work takes place.

“Once we’ve found out the intentions of the developers we will be approaching the council to see how they can help preserve this building.”

Paul Winacour, director of TA Paisley Ltd, part of the Noah group said “I can confirm that we have instructed a local Paisley company to install additional security measures to areas of the building and to install a barrier to prevent unauthorised parking in front of the building.

“We are currently in discussions with Renfrewshire Council regarding possible uses for the building in relation to its bid for the City of Culture.”