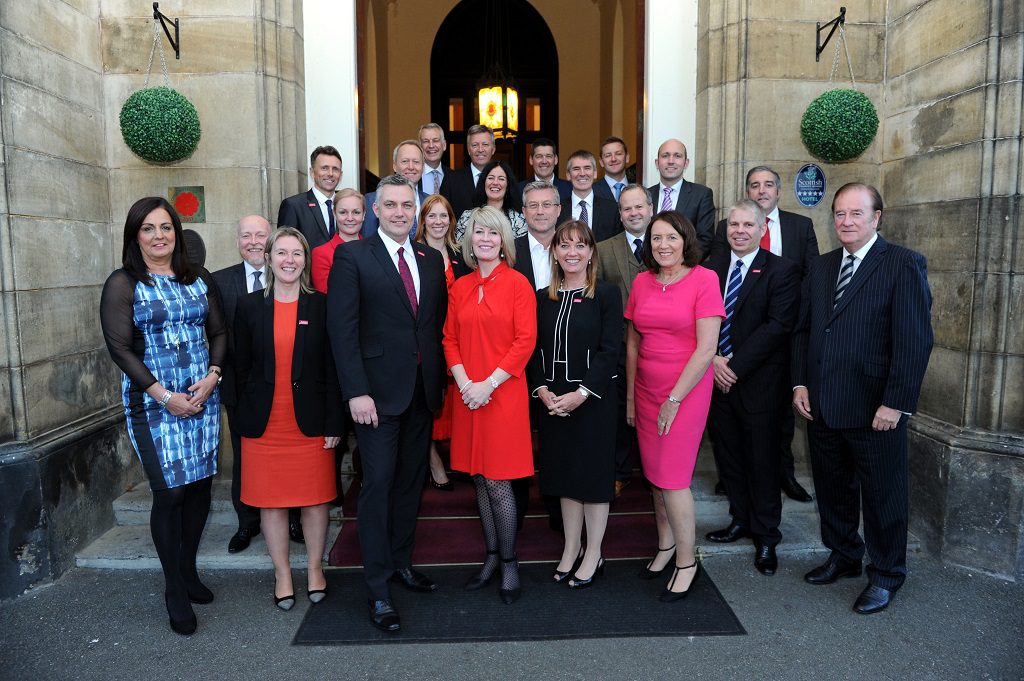 Business leaders met with a senior team from Renfrewshire Council this week to hear about the local authority’s plans to boost the region’s profile and economy. At an event hosted by Amanda McMillan, Chief Executive Officer of AGS Airports – operator of Glasgow Airport, business leaders from some of Renfrewshire’s biggest companies heard about the Council’s wide ranging plans for economic regeneration and tackling poverty.

Representatives from organisations such as Renfrewshire Chamber of Commerce, University of the West of Scotland, and West College Scotland also attended.

Attendees were presented with a copy of the Council’s new draft economic framework, which draws together existing strategies and initiatives to drive the region’s economy forward during the next two years. The draft framework will be the subject of a series of consultations with stakeholders from the private, public and third sectors, with this week’s event being the latest in that series.

Council Leader Macmillan said: “We want Renfrewshire to prosper and grow, and we have a great number of assets within our region to help us achieve that goal. We want to create more and better jobs for local people through supporting growing businesses, attracting new investment and ensuring the foundations are in place to sustain the economy in the long term.

“Working with our partners, we can collectively build Renfrewshire’s profile both nationally and internationally, as part of the wider Glasgow City region and cement our position as Scotland’s economic powerhouse.

“Our Economic Framework provides a clear sense of direction and will be instrumental in achieving a fairer, more inclusive Renfrewshire where all our people, communities and businesses thrive.”

Central to the economic rejuvenation of Renfrewshire is its participation in the Glasgow City Region City Deal, which will deliver an investment of £274 million for Renfrewshire in infrastructure projects. The region’s three projects will create thousands of jobs, a new bridge linking Renfrew to the north side of the river, an investment area with Glasgow Airport at its heart, and the long-awaited rail link between Glasgow Airport and the City Centre, via Paisley Gilmour Street.

The Council is fully committed to making these projects a reality in the near future and the Council leader met with the Transport Minister earlier this month to seek assurances that delivery of the Glasgow Airport Access Project is a priority for the Scottish Government.

Relative to the rest of Scotland, Renfrewshire boasts one of the best qualified populations and highest employment rates in the country. However, the region also has areas of significant deprivation within its boundaries and tackling these inequalities is a key focus of the Council.

That strategy includes Paisley’s bid for UK City of Culture 2021, which aims to harness the town’s internationally significant collection of heritage and cultural assets to transform the region’s future. Paisley’s bid is already well under way with awareness of the long-lasting social, economic and cultural benefits which a successful bid would deliver, generating strong support.

Council Leader Macmillan continued: “Bidding for UK City of Culture in 2021 is a once in a generation opportunity to harness culture to help tackle poverty in some of our most deprived communities in Paisley and across Renfrewshire.

“Culture is an incredibly powerful tool in helping to inspire people and support them in realising their potential. We want to give everybody in Renfrewshire the motivation and support they need to feel good about themselves and achieve their own ambitions in life.

“The UK City of Culture bid also has the capability to accelerate our economic vision as it will bring an estimated one million additional visitors to Renfrewshire, delivering significant stimulus to our tourism, creative and cultural economies.”

Facing redundancy: What are your options?
Scroll to top
Go to mobile version