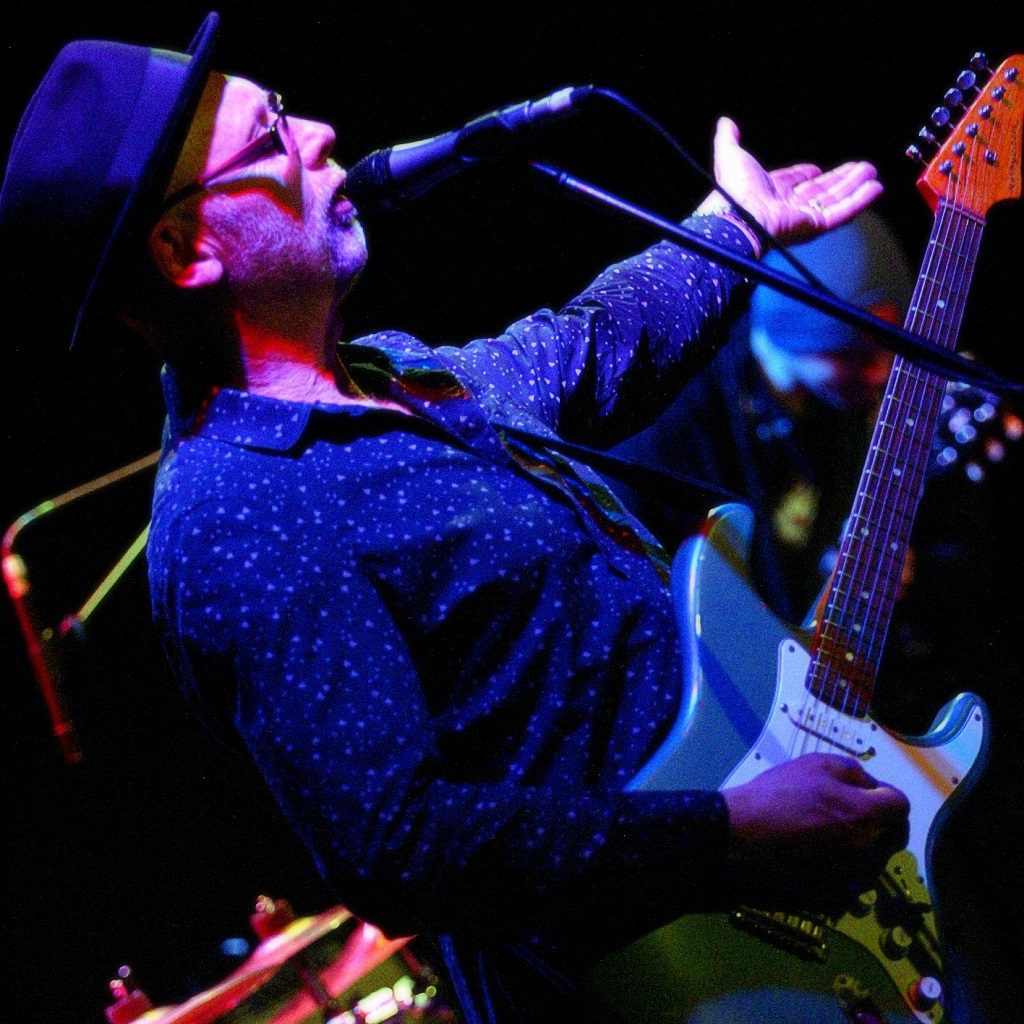 Unadulterated acoustic blues and electric blues rock courtesy of one of the most prominent Scottish bands to emerge in the genre. Main Street Blues will be appearing at Paisley Arts Centre on Saturday 10th September at 7:30pm. The band’s show brings together acoustic blues with a powerful mix of high energy electric blues and funk material. A favourite around festivals, theatres and Arts Centres, and known for putting on a very energetic live show, the band has sold out its performances at the prestigious Edinburgh Jazz and Blues Festival in each of the last five years and part of their set was recently televised by BBC when the band played the Main Stage at the Belladrum Tartan Heart Festival in the Highlands.

So tight you couldn’t slide a Rizla between them. Great gig. – Ian Rankin

I was left craving and shouting for more with a crowd who were happy having shared this great show. – Mike Dr Blue McKeon British Blues Archive

Front man is Derek Smith (guitar and vocals), who has played with many of the top Blues musicians in the country, Iain Hanna on keyboards and probably the best, powerful rhythm section in Scotland, featuring John McAvoy on drums and John Hay on bass guitar.

The band’s influences are drawn from many of the blues greats plus more modern blues artists such as Robben Ford, Sean Costello, John Hyatt, Bill Perry and Robert Ward.

Straight-A pupils head back to school
Scroll to top