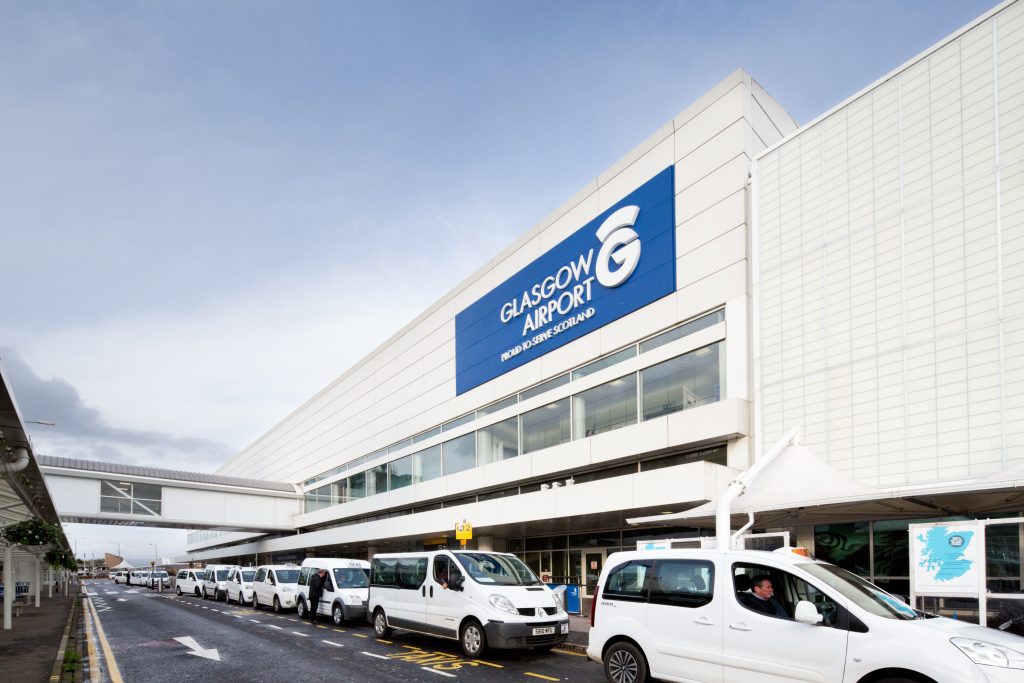 A total of 1,018,433 people travelled through the airport representing a 6.4% increase on the same period last year for Glasgow Airport, which celebrates its 50th anniversary in 2016.

Domestic traffic increased by 1.8% with both easyJet and Flybe increasing capacity following increased demand for their UK services.

The airport reported a 9.4% surge on international passenger numbers with long-haul carriers Emirates and Virgin Atlantic both reporting a strong increase in demand.

EU scheduled services increased by 16.1% as thousands of passengers headed for sunnier climes in the Mediterranean and city breaks in Milan, Munich and the recently-launched Marseilles route.

Three of the latest carriers to arrive – Air France, Canada Rouge and Blue Air – each reported strong passenger numbers during their first summer at Glasgow Airport.

The passenger figures capped off a hugely successful month for Glasgow as the airport welcomed thousands of golfing fans attending The Open at Royal Troon, while the summer holiday getaway period also reached its peak in July. Her Royal Highness The Princess Royal also visited the terminal earlier in the month to officially commemorate Glasgow Airport’s 50th anniversary.

Amanda McMillan, chief executive of AGS Airports and managing director of Glasgow Airport, said: “July is traditionally our busiest month, but to exceed the one million passenger mark is yet another significant achievement for Glasgow Airport in a year filled with milestones.

“Our strong performance in 2016 is a reflection of our continued efforts to enhance existing services and in attracting new routes such as this month’s in-bound Korean Air charter flights – Scotland’s first direct air link with South Korean capital Seoul.

“Route development continues to be a key priority in driving growth at the airport. In October Ryanair will introduce two city break destinations to Sofia and Brussels and four new winter sun services to Alicante,  Malaga, Gran Canaria and Lanzarote, marking the two-year anniversary of the airline’s operations at Glasgow Airport.

“August is already proving busy thanks to large-scale events such as Glasgow’s annual Piping Live festival, which will see thousands of international visitors and participating musicians travel through the airport this month.”