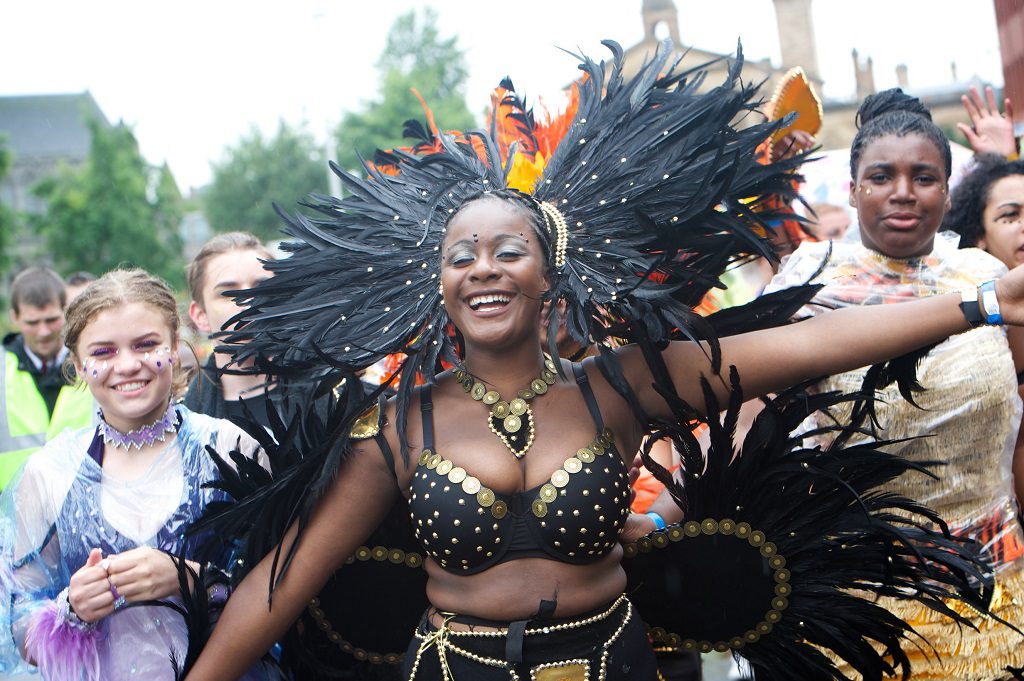 Thousands of people turned out for 16 cultural events across Renfrewshire, held as part of the Paisley 2021 Weekend.

Held on Saturday 20th and Sunday 21st August, the Paisley 2021 Weekend brought together diverse cultural events taking place all over Renfrewshire in support of Paisley’s bid to be UK City of Culture 2021.

The cultural extravaganza showcased the broad depth and range of cultural activity which flourishes across the region throughout the year. Locals and visitors were spoiled for choice over both days, with live music, open-mic sessions, dance performances, gala days, an Afro-Caribbean carnival and the increasingly famous Pride of Paisley lions just some of the offering which took place.

Highlights included the culmination of Paisley Music Week, with an impromptu performance by Paolo Nutini surprising unsuspecting gig goers at The Cave. The star treated the crowd to a rendition of his hit, Pencil Full of Lead, to show support for Paisley Music Week and the Paisley 2021 Weekend.

The weekend saw dozens of other Paisley Music Week performances across the town, including an appearance by local song writer, Lisa Kowalski, during half-time of St Mirren FC’s match at the Paisley 2021 Stadium. The diversity of Paisley’s cultural and music scene was underlined when a choir of Syrian children took part in Saturday’s Loud ‘n’ Proud Busking Day

Local boy Tom Potter, UK Young Drummer of the Year, had County Square shaking and rocking when he took centre stage at the Drum Jam on Saturday.

Those looking for a more relaxing, yet no less creative, cultural experience took part in the PACE Massive Weekend, which delivered two-full days of workshops, catering for all ages. The taster sessions proved popular, with PACE receiving more than 30 enquiries from local people looking to join the group.

Children taking part in one of the many PACE sessions

The Dates ‘n’ Mates touring bus was also a hit with a number of new people contacting the team to find out about the range of friendship services, creative workshops and volunteering opportunities which the initiative offers.

Scottish and Afro-Caribbean culture was celebrated in Barshaw Park during Paisley’s Diversity Carnival, with the drums, dancing and masquerade going down a storm despite the typically Scottish weather.

A record number of people, more than 2,800, pulled on their trainers to take part in the Paisley 2021 Weekend when they completed the Paisley 10k and Fun Run on Sunday.

Jean Cameron, Bid Director for Paisley 2021, said: “We’d like to thank all the event organisers and people who took part across Renfrewshire to make the Paisley 2021 Weekend a big success.

“The number diversity and popularity of the events which took place in Paisley and all over the region exemplify just how strong our cultural offering is. Engaging local communities and encouraging them to become involved in and enjoy cultural activities is a key aim of our Paisley 2021 bid.

“The Paisley 2021 Weekend is just a snapshot of the cultural activity that occurs in Paisley and Renfrewshire throughout the year but it did a brilliant job of showcasing what we have to offer. Culture means different things to different people but across all the events, there was one clear commonality; the smiling faces, enjoyment and excitement which people were experiencing.”

Paisley’s bid for UK City of Culture 2021aims to transform the town and Renfrewshire’s future by using its unique cultural and heritage offering as the home of the Paisley Pattern and one-time centre of the global textile industry.