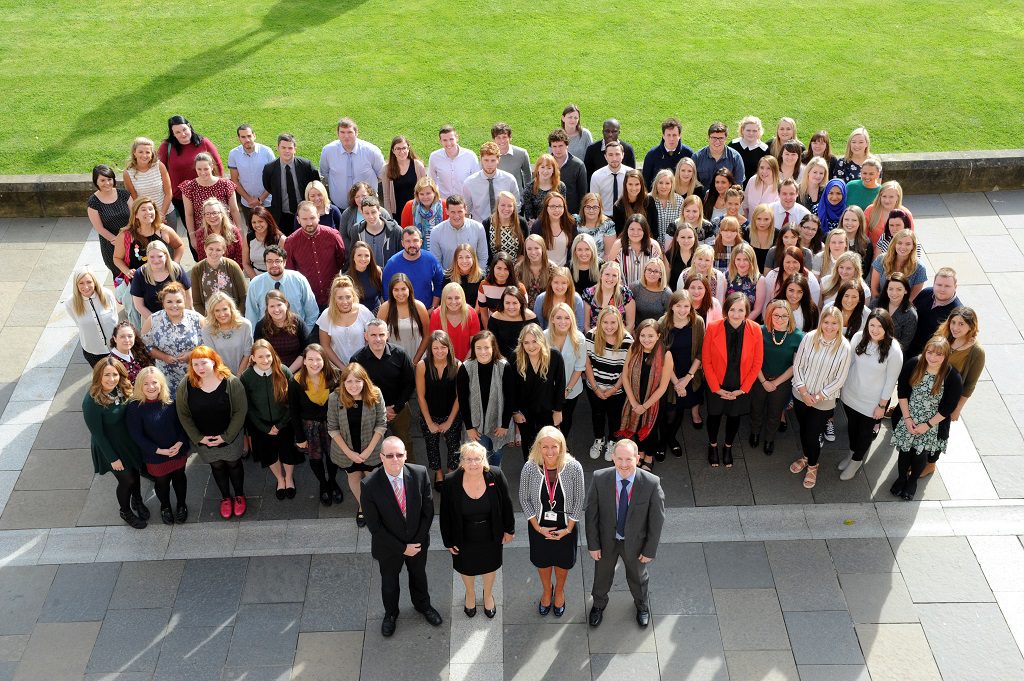 Renfrewshire education bosses have welcomed a new intake of freshly-qualified teachers…and asked them to help make local schools among the best in Scotland. A total of 124 new teachers fresh out of university have been recruited to do their probationary year in Renfrewshire’s primary and secondary schools.

They gathered in Paisley Town Hall for a two-day new teacher conference, where they had the chance to get to know each other and be introduced to the job by senior council staff and current teachers. Renfrewshire’s education convener Councillor Jacqueline Henry, herself a former teacher, opened the conference and welcomed the teachers on board.

The new teachers started work on Friday 12 August, ahead of the pupils going back for the new school year on Monday 15th.

They do so with Renfrewshire schools having recorded improved exam results – with the percentage of local young people leaving school with three or more Highers up by 2%, to 27%, and the numbers getting five or more awards at National 5 level up by 1.5% to 55% of all pupils.

And Councillor Henry said: “Here in Renfrewshire we are ambitious – we want to be recognised as one of the top education authorities in the country.

“In the past few years we have recorded improved exam results – and were delighted to see an another improvement in this year’s figures when they were released this week.

“Teaching is a rewarding and fulfilling job – I told all the new teachers to approach the job with enthusiasm and to be the teachers they wanted to be taught by.

“I want to congratulate all our new teachers on getting this far and wish them all the very best for their futures.”