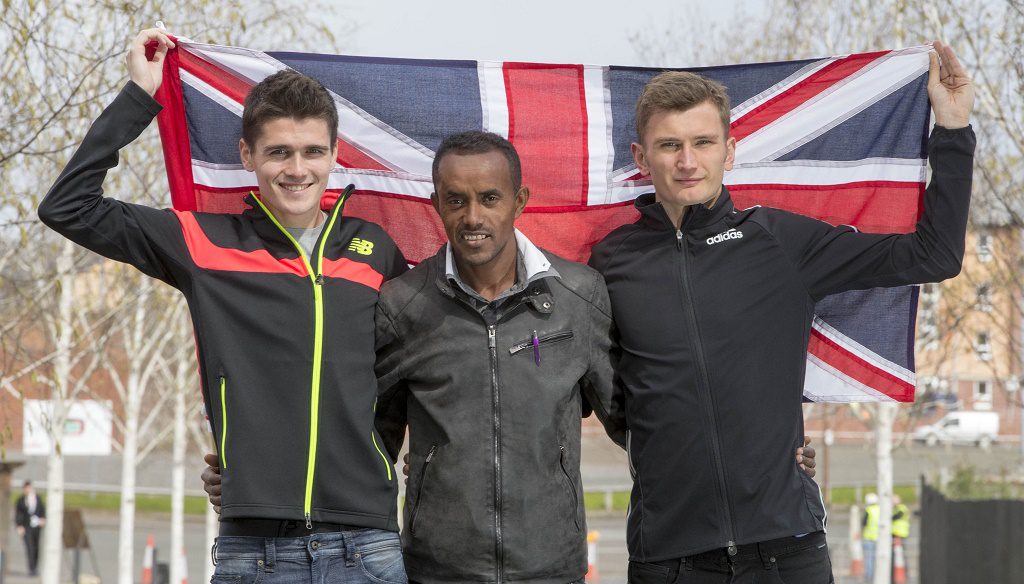 THREE past winners of the Paisley 10k Race won’t be able to make the popular run this year. Instead, on the same day runners will be pounding along the town’s High Street, the trio will be racing along the roads of Rio de Janeiro competing in the Olympic Games marathon.

Brothers Callum and Derek Hawkins, from Elderslie, along with Glasgow-based Tsegai Tewelde are regular competitors in the Paisley 10k and were the first Great Britain athletes to be selected to represent their country in this year’s Olympic Games.

From left, Derek and Callum Hawkins with Tsegai Tewelde

The Paisley 10k Race and Fun Run, on Sunday August 21, is organised by Renfrewshire Leisure in conjunction with Renfrewshire Council.

Callum said: “It’s been a long, hard road getting to compete in the Olympic Games and it’s even longer from Paisley Cross to the Copacabana, in Rio!
“I’ve always enjoyed the competing in the Paisley 10k and it’s been an important part of my training schedule over the years.”

Joyce McKellar, chief executive of Renfrewshire Leisure said: “It’s ironic that three athletes who have previously won the Paisley 10k will be running the marathon in the 2016 Olympics on the exact same day as our race is taking place this year.
“We’re proud of what Callum, Derek and Tsegai have achieved. We’ll be rooting for them and have one eye on the TV during our race day to see how they get on in the Olympic marathon.”
Joyce added: “There’s still time for both competitive athletes and fun runners to sign up for our big day.
“Last year we attracted almost 2000 runners many of them raising money for charities and good causes.”

This year’s Paisley 10k and Fun Run is sponsored by Paisley First and Decathlon and for the second year, Macmillan Cancer Support is the Paisley 10k Race official charity partner.

You can register for the race by logging on to  www.renfrewshireleisure.com by telephoning 0141 842 3000 or picking up an entry form from any Renfrewshire Leisure venue.

Everything You Need For An Adventure In America
Scroll to top