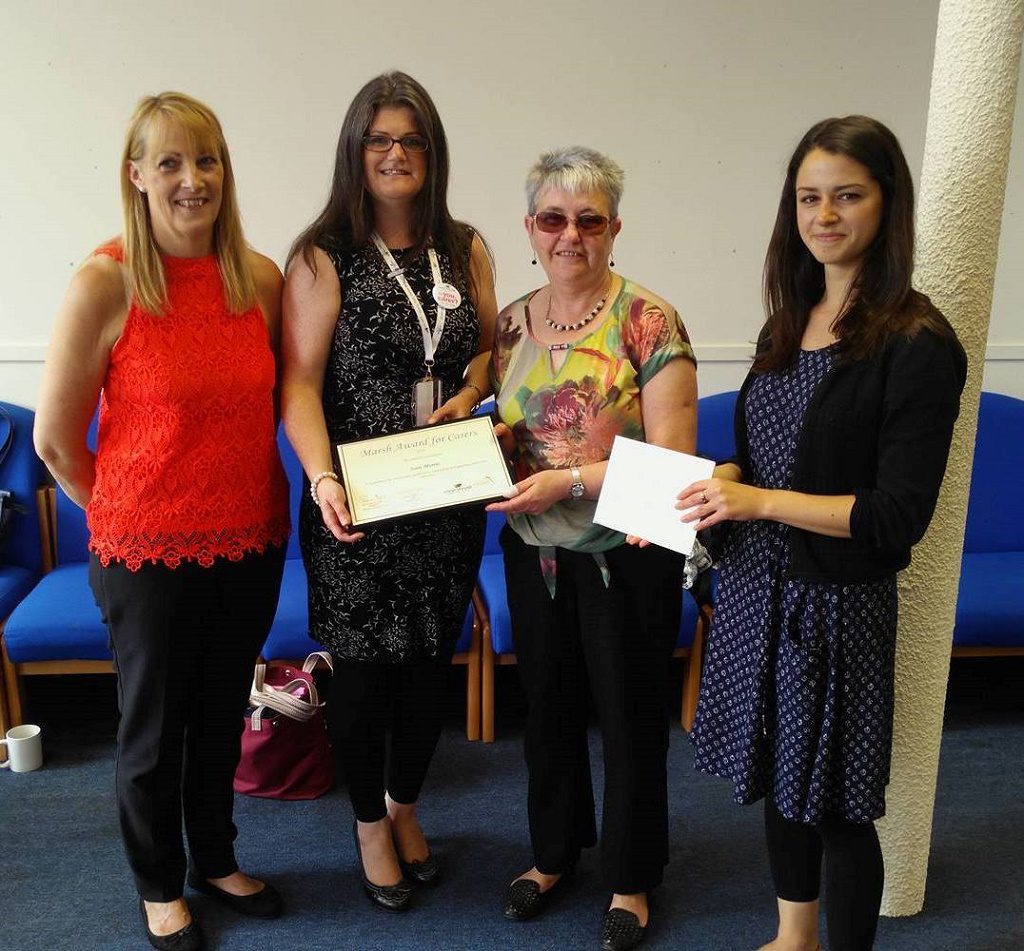 Joan Morris, who lives in Renfrew, has won the Marsh Award for Carers for her volunteer work with Renfrewshire Carers Centre. Joan, who is a carer herself, has volunteered at the centre for four years. Joan received £600 and a certificate at a ceremony held at the centre on Thursday 9 June. As well as providing care for two family members, Joan supports the centre in a number of ways including fundraising, telephone and face-to-face support for other carers, befriending and helping others carers to get a break.

The Marsh Award for Carers, which is in its fifth year, recognises carers and former carers for their outstanding contribution as volunteers at their local carers centres. It is a joint award from Carers Trust and the Marsh Christian Trust.

“Joan is a huge help to us here at the centre and she is always looking at ways she can support us. We nominated her as we wanted her hard work and commitment to the centre and the carers in the area to be recognised and we’re thrilled that it has.”

“I had no idea that I had been nominated for an award until Diane told me I had won it. I was so surprised and delighted to have been recognised in this way. I really enjoy volunteering at the centre. They have been a great support to me and volunteering gives me an opportunity to give something back to the centre while helping other carers.”