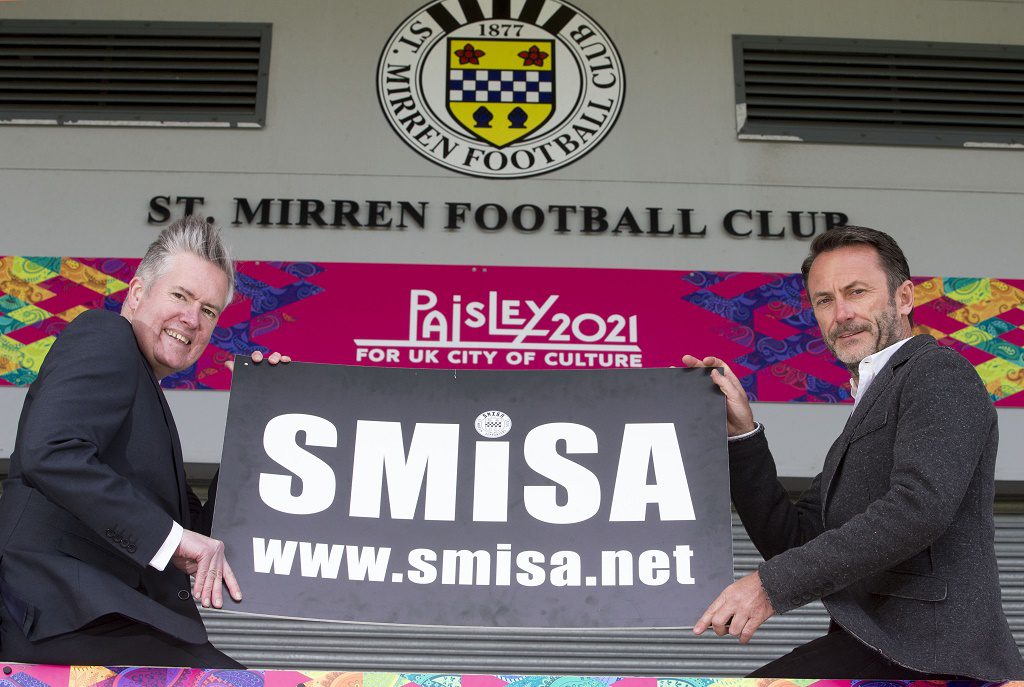 St Mirren fans have one month left to sign up to a scheme which could see them become the latest Scottish club to move into fan ownership after a fundraising deadline was called. 18/04/16…
ST MIRREN PARK – PAISLEY.
The St Mirren Independent Supporters Association (SMISA) has had a joint offer with ex-Saints director Gordon Scott for the majority shareholding in the club accepted in principle by the selling consortium. Gordon Scott, George Adam

The St Mirren Independent Supporter’s’ Association (SMISA) has teamed up with former club director Gordon Scott with a joint offer already accepted in principle by the consortium selling a majority shareholding.

The trust needs to sign up 1,000 members at a minimum of £12 per month for the deal to be viable – and are more than halfway there, having managed almost 600 since fundraising started in April.

But with other bidders on the scene, the deal needs to be completed this summer – and SMISA have now called an end date of Thursday 19 June to hit the target.

The announcement was made last night at a public meeting at The Paisley 2021 Stadium attended by hundreds, at which Gordon and SMISA chair George Adam MSP answered questions from fans.

The joint SMISA/Gordon offer is loosely based on the successful model run by Ann Budge and the Foundation of Hearts.

Gordon is putting up the bulk of the money needed to fund the deal, which would see him become majority shareholder and chairman, while the fans would get a director on the board and a legal agreement giving them exclusive right to buy the shares Gordon buys now within 10 years.

Membership starts at £12 per month, with a £25 per month option, and a premium package offering ten years of membership and other exclusive benefits for a one-off payment of £2,500. For more information, visit www.smisa.net

SMISA chair George Adam MSP said: “We have had a fantastic reaction from fans, with hundreds signing up the first couple of weeks of fundraising, and we want to thank all of those who have done so to date.

“A team of us have been working hard behind the scenes on this bid for a year now – but its success now rests on what happens in the next month.
“We have one month in which to get the numbers we need to make this deal viable. If we don’t we won’t get the chance again.

“For the price of a pint a week, St Mirren fans have it in their hands to take control of the future of their club and everything it means to this community, and preserve it for future generations.”

Gordon Scott said: “The current board deserve a lot of credit for all they have done over the years – but one way or another they are going to sell up and move on.

“St Mirren fans have a simple choice – either be part of what are doing and build the future of our club together, or leave that future entirely to chance.

“It would be a life-defining achievement for me to become chairman of the club I have supported since I was a boy.

“My aim is simple – work with the fans and the community to give St Mirren the fresh ideas it needs, get the club back into the top league where it belongs, and hand it over to the fans to safeguard forever.”

Paisley Abbey extension proposals to be considered
Scroll to top