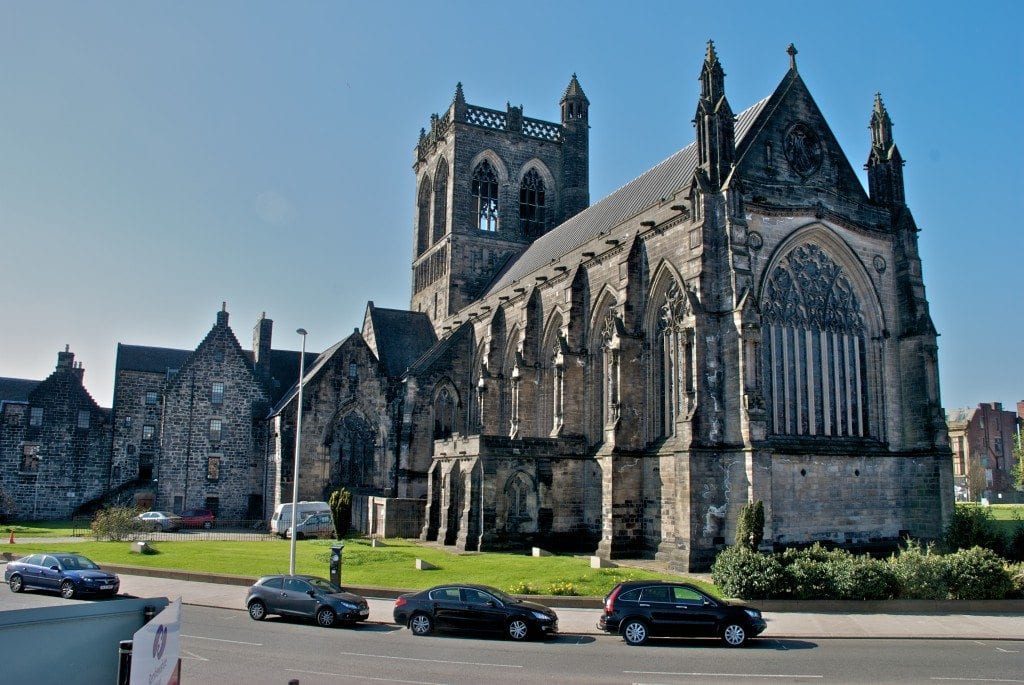 Paisley Abbey could be extended into a major international tourist attraction if proposals for a fourth cloister and visitor centre get the go-ahead. Bosses at the A-listed 850-year-old church produced plans four years ago for a tourist facility based around the Abbey’s status as the cradle of the Stewart royal family – but were unable to progress them at the time.

Members of Renfrewshire Council’s Economy and Jobs Policy Board will next week be asked to give the go-ahead for officers to work with the Abbey to progress those plans, as part of a wider push to develop Paisley’s tourist economy.

The plans would see a fourth cloister built on to the Abbey to house a new entrance, shop and  visitor centre, as well as work to open up the mediaeval drain forming part of the Abbey complex as a visitor attraction.

If given the green light, council bosses would commit staff and consultant time, to be paid for from an existing Paisley town centre regeneration budget.

That would see the Abbey – currently run by the Church of Scotland – given assistance to develop an outline business case for the project, as well as an application to the Heritage Lottery Fund to help fund it.

For the project to happen, the Abbey would need to secure a package of funding from various sources. At this stage it is not being assumed the council will be contributing to the cost of that.

Renfrewshire Council Leader Mark Macmillan said: “Back in 2014 we published an ambitious vision of Paisley’s future as a thriving visitor attraction based around the town’s unique cultural and heritage assets.

“Work to make that a reality is already well under way, with Paisley’s bid for UK City of Culture 2021 fast building momentum, and work ongoing to develop other big regeneration projects such as the proposed transformation of Paisley Museum.

“The possibility of developing Paisley Abbey into an international visitor attraction was raised within the same strategy – and if our vision is to be reality this will be an important project.

“Those of us who see it every day already know the Abbey is a stunning-looking building but it and the Abbey Drain are both of national historic and archaeological importance and the potential is there to make more of them.

“Running a complex regeneration project of this kind is not something the Abbey’s current management are able to do by themselves – which is why it is proposed council staff and consultants lend their time and expertise.

“In doing so we could ultimately not only be boosting the Abbey’s income and ability to maintain the building, but adding to the overall visitor appeal of the town, with all the benefits that will bring for local traders and the wider community.”

Paisley Abbey was founded in 1245 and its colourful history saw William Wallace educated by monks there, while Marjory Bruce – daughter of Robert – is buried there after dying giving birth to the future Robert II of Scotland, the first of the Stewart monarchs and an ancestor of the current Queen.

The Abbey eventually fell into ruin before being extensively refurbished into one of the finest churches in Scotland in the 20th century.

Renfrewshire Council’s Economy and Jobs Policy Board is due to consider the proposals when it meets on Wednesday 25 May.

Glasgow News? Daily Updates part of our network
ST MIRREN FANS GIVEN ONE MONTH DEADLINE ON BID TO BUY CLUB