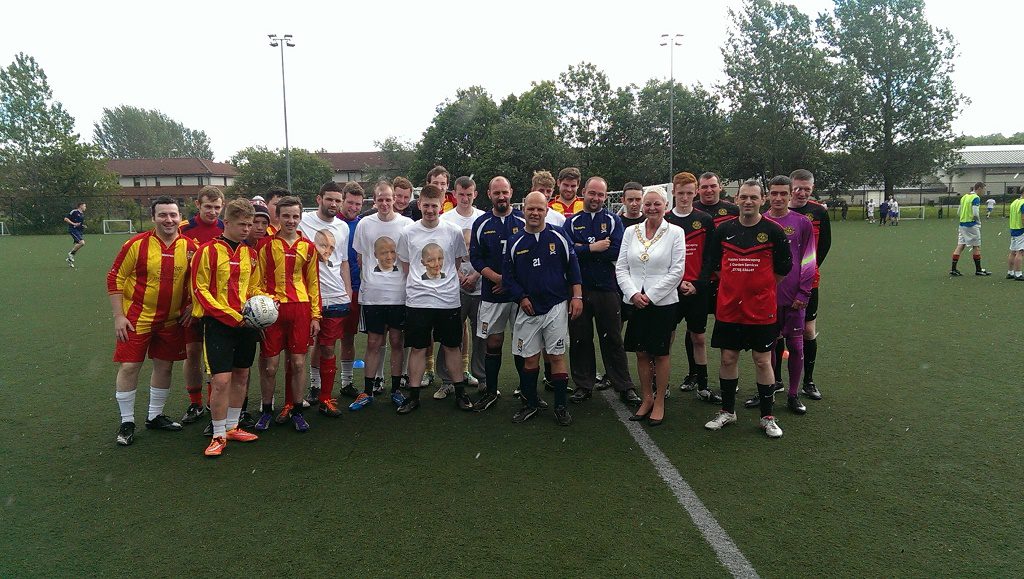 Football enthusiasts are being invited to sign up for a 7-a-side tournament held in memory of those lost to suicide. The annual No Substitute for Life tournament held in Ferguslie is now in its fifth year and brings the community together to raise awareness of the issue among young men and women.

The tournament will be held in Ferguslie Park Sports Centre and the closing date to register a team is Friday 10 June.

The event was first created by local Ferguslie resident Paul Cardona who wished to raise awareness of the issue after close friends were lost to suicide.

A working group was created to bring the event to life and the success of the event led to the group winning Renfrewshire’s Chamber of Commerce Community Champion Award in 2013.

Councillor Iain McMillan, Convener of the Renfrewshire Health and Social Care Integration Joint Board, said: “This will be the fifth year of the event and it is great to see the community to come together each year in support of the issue. I would encourage everyone to register a team to take part if they can or come along on the day to support.

“We must use the event to ensure people are encouraged to talk about suicide and break down the stigma which remains around it. This can help people seek out the help they need while also helping those who have lost a loved one to suicide.”

The event provides an opportunity for those who have lost a loved one to suicide to remember them and also meet others who have faced similar heartbreak.

To sign up a team, or for more information on suicide prevention, contact Lisa J Aitken on 0141 849 2200, or email elizabeth.aitken@renfrewshire.gov.uk.