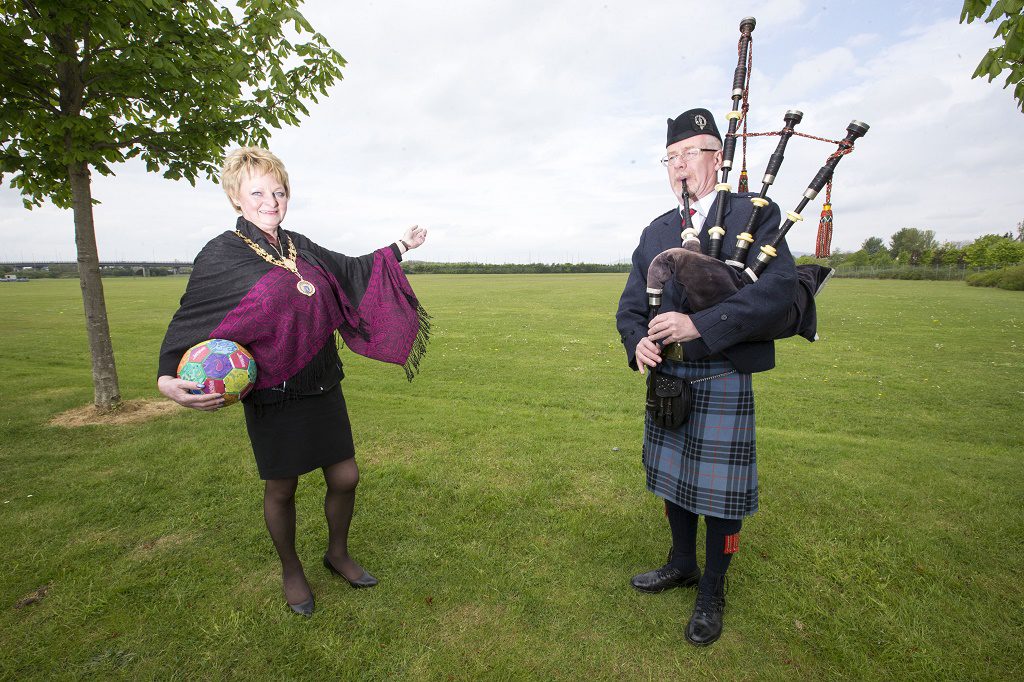 Paisley is set to welcome a tartan army at the weekend when a record entry of up to 4,000 pipers and drummers descends on the town for one of the biggest dates in world piping. The 2016 British Pipe Band Championships are starting a three-year run in the town, with a crowd of tens of thousands expected at the St James Playing Fields, better known as the home of local amateur football. Some of the world’s top pipers, from throughout the UK and Ireland, will take to the competition arena before judges from the Royal Scottish Pipe Band Association.

The event will be open from 9am, with bands competing throughout the day with the final march-past and prizegiving running for an hour from 5.30pm.

She said: “We are thrilled to be hosting this prestigious event here in Paisley – being able to attract and host major events like this is another boost for the town as momentum builds on the bid for UK City of Culture 2021.

“I am sure the sight of 4,000 pipers and drummers lined up for the final march-past will be a spectacular one and I am honoured to be a part of it.

“It should be a great boost for local traders to have so many visitors arriving in town and I would encourage the bands and their supporters to head into the town centre and experience all it has to offer.”

RSPBA chief executive Ian Embelton added: “The British Pipe Band Championships is the first of the five major events we run each summer, including the world championships and we are delighted to be coming to Paisley for the first time.

“This year’s event will have a record entry, which we are really pleased with, and we are looking forward to a great championships.

“Renfrewshire Council has laid on a great day of entertainment and I would encourage anybody looking for a family day out to come down.”

Attractions will include a food and drink village featuring international cuisine and Scottish fayre as well as a fully-licensed bar.

Other free entertainment will include a Highland dancing competition, and sporty activities run by Renfrewshire Leisure and by the Street Stuff youth team, plus face painting, giant games, crazy golf and a bouncy castle.

Visitors should be aware there will be no on-site parking at the St James Playing Fields for the public – this will be for pipe band coaches and event officials only.

Free shuttle buses will run directly to the event site throughout the day from West College Scotland, the Paisley 2021 Stadium, and Paisley Gilmour Street station. Full details are at  www.renfrewshire.gov.uk.events

The full running order for the day, showing all bands, grades and timings, is now available at  www.rspba.org