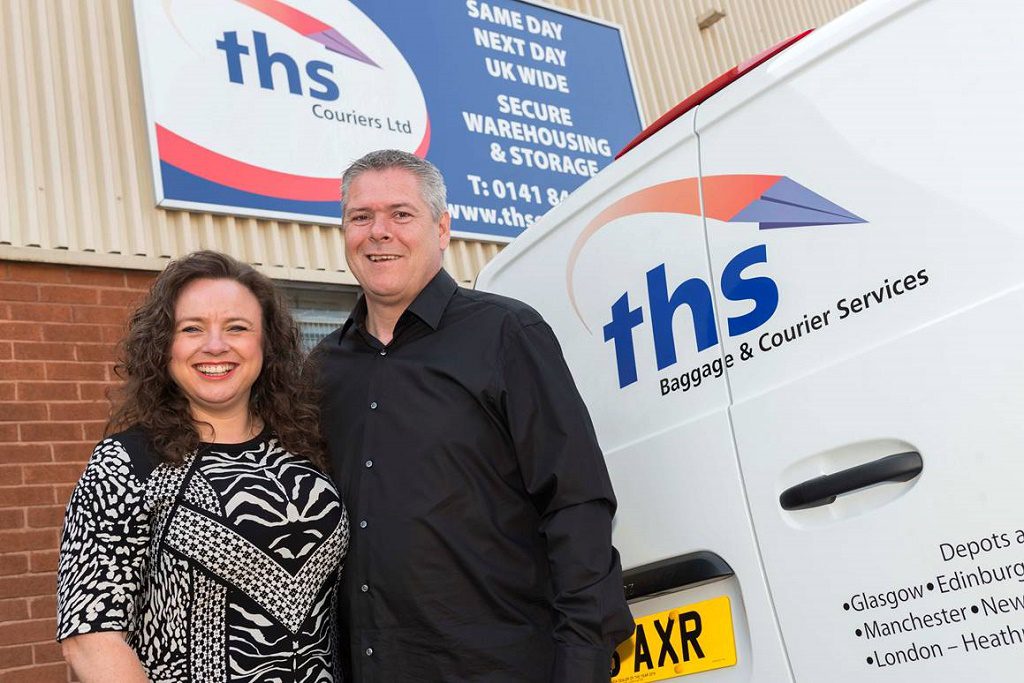 A Paisley based airline baggage courier has secured a double boost, landing a nationwide contract with Virgin Atlantic and expanding into the busy London airline market for the first time. THS Couriers, which has its headquarters near Glasgow Airport and operates at 12 airports across the country, is one of the fastest growing airline delayed baggage businesses in the UK. The company beat off stiff UK wide competition to land a contract with the long haul airline to provide a delayed baggage service at its four UK hubs – London Heathrow, London Gatwick, Manchester and Glasgow.

The deal means that, for the first time, THS Couriers will operate at London’s two main airports. Until now, the company has offered baggage repatriation services for airlines in the north of England and Scotland.

The deal sees the opening of a new depot at London Heathrow, creating five new full-time jobs and bringing the company’s overall workforce up to 30.

The company is in talks with other potential airline customers and hopes to add to its already impressive portfolio of clients.

THS Couriers supports British Airways (BA) operations at Manchester, Newcastle, Edinburgh, Glasgow, Leeds Bradford and Aberdeen airports and from next month, it will also support BA’s operations at Inverness Airport when a new daily service to London Heathrow is launched.

Formed in 2010, THS Couriers is owned by husband and wife team Kevin and Lesley Muir who together have decades of experience in the airline industry. Both were previously employed by bmi, Kevin as apron manager at Edinburgh Airport and Lesley as station manager at Glasgow Airport.

THS Couriers Director Kevin Muir said: “We are absolutely delighted to be working with Virgin Atlantic, a move which sees us expand into the key London market for the first time. Virgin is the latest big addition to our client portfolio and we look forward to supporting their operations at Heathrow, Gatwick, Manchester and Glasgow airports and delivering an excellence service for their passengers.

“We started THS Couriers in 2010 at a difficult time for the aviation industry but we have worked hard to grow the business and secure new clients. With operations across the UK, a new London hub and an expanding workforce, we are confident about our potential for future growth. “

Customer Services Director Lesley Muir added: “Losing luggage can be a difficult experience. Our experienced team is dedicated to ensuring that passengers are reunited with their lost luggage as quickly and effortlessly as possible. The fact that Virgin Atlantic have brought us on board – in the face of strong competition – is a real vote of confidence in our ability to provide a quality service for passengers.”

Glasgow News? Daily Updates part of our network
GREAT START TO THE SEASON BY JOHNSTONE BANDS