The first of 3 free gigs at The Bungalow starts tonight with Parliament of Owls and The Dughoose Ska Band.  This will be a high energy night of Ska, Punk and Soul from these two popular bands who are no stranger to The Bungalow. Doors are at 7pm. 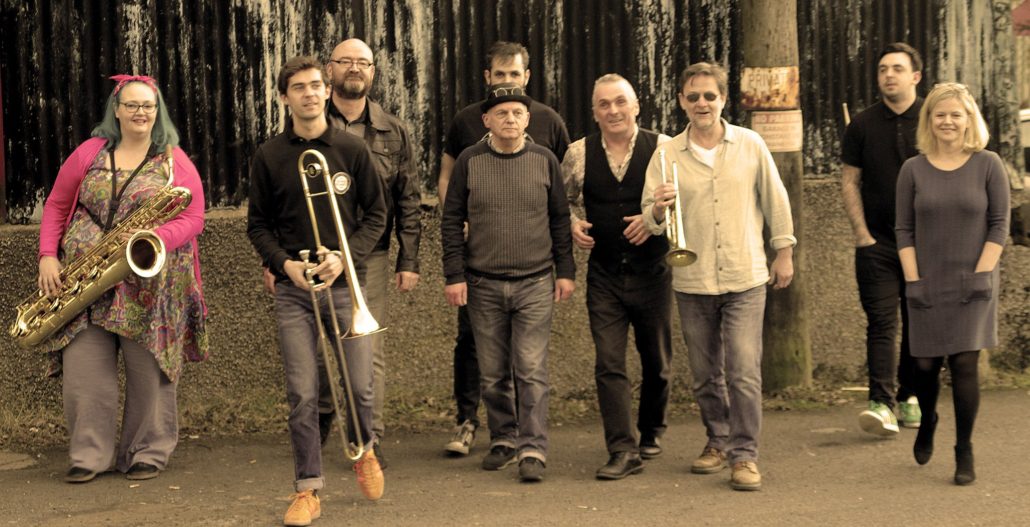 Tomorrow afternoon The Byres Road Big Band are playing at The Bungalow for the first time. They were booked to play way back just as the Covid Pandemic started and unfortunately the gig was cancelled. It is free entry, doors are 1pm and the band fires up at 2pm.

Tomorrow evening is Summer Festival 90’s Club Night which re-Lives the 90’s. Why don’t you join in on the fun celebrating all things 1990s. This is an era of music defined by The Stone Roses, Oasis, Pulp, Blur and many more iconic bands. Be prepared for a Now That’s What I Call the 90’s kind of night. Seems like yesterday but it was 30 years ago, so it now qualifies as long enough ago to be a nostalgic tribute night. It’ll be a memory jogger reminding you of not only the music but also it’s a time to remember Beanie Babies, Furbies, and Tamagotchis. Dressing up for the occasion is absolutely encouraged. The staff wants to see a crowd rocking up wearing sportswear, slip dresses, bucket hats, and combat trousers. It will be a fun night and really is a blast from the past and you’ll be sure to feel like you’ve been taken back in time and make sure to sing along on your trip down memory lane. Doors open at 7pm.

On Thursday it is Introducing Night and The Bungalow welcome up and coming indie band Flair and young Paisley punks The Wee Reprobates to the stage for a night filled with young talent. Tickets are £5/3 students. Doors are 8pm.

At The Cave tomorrow night at 6pm is North to Abilene and in the later slot at 9pm it is Sad Ida. On Sunday from 6pm the Jim Keilt Blues Jam is back for their monthly get together. Just in case you didn’t know how A Blues Jam is run it is an inclusive night when everyone is welcome to take part and play with the house band. The jam is headed by someone in the band that is usually a local musician that has some following or reputation in the local scene. In this case of course it is the very popular and talented Jim Keilt. That band supply the “backline” for the jam including the amps, drums and PA system and if you don’t bring your own instrument Jim will sort you out. The session usually attracts some of the best players but anyone can join in.

The Old Swan have Sin City in tonight from 7pm. Memphis are playing tomorrow in the ‘Shopper’s Slot’ at 4pm and Clyde are in their usual slot at 5pm. Lee James will be singing some swing on Tuesday and on Thursday he’ll be taking you through the decades. Both gigs start at 3pm. Mike Edwards is at The Keg from 9pm tonight then it is the turn of Peely Wally tomorrow night also at 9pm. Peely Wally are a  rock cover band who play nothing but classics from the likes of AC/DC, Metallica, Nirvana, The Beatles, Led Zeppelin and Queen to name a few.

Jenny and the Blockheads are at The Anchor on Sunday from 4.30pm. Unfinished Business will be playing at Kennedy’s Sunday 3pm. I saw them on stage at The Bungalow’s Sunday Open Stage afternoon having a jam and they were great fun. Well worth going to see.

This week’s Open Mic sessions are: Abbey Bar on Monday with Dunky Hunter at 8pm, Jason Flood is the host at Gantry on Tuesday from 9pm; Johnny Barr will be at The Keg on Wednesday from 8.30pm. Have a great week and Keep Music Live.