The fundraising campaign for Exchange, a new community theatre in Paisley for children, young people and families, has taken another significant step forward as PACE welcomes prominent Paisley businessman Gary McCaw as its first Founding Sponsor. 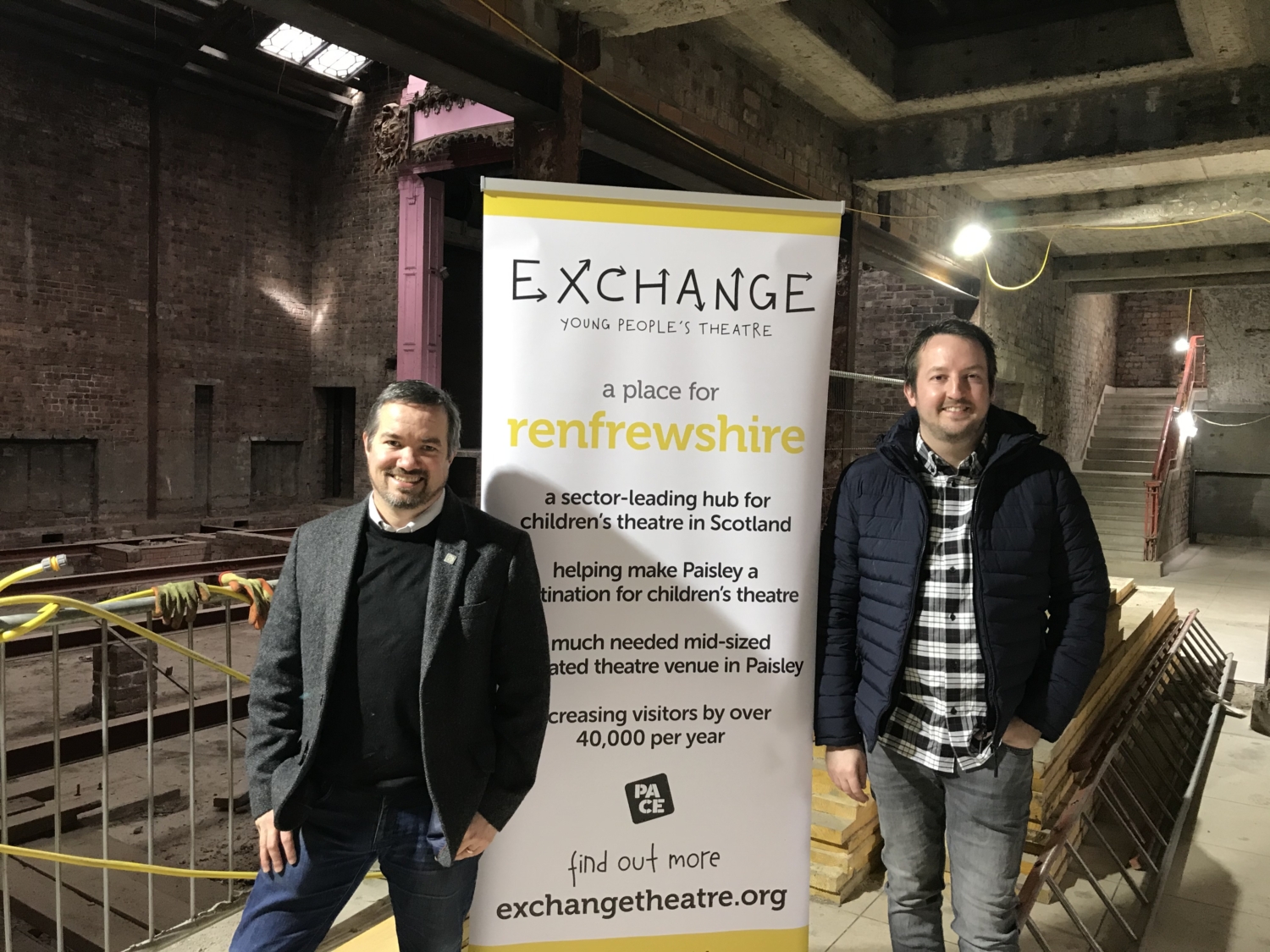 The renovation of the previously disused building is expected to be a catalyst for the regeneration of the town centre area it sits at the heart of. Exchange will establish Renfrewshire as a visitor destination for children and young people’s theatre and it is estimated that this will increase visitors to Renfrewshire by over 80,000, providing a boost to the local economy by allowing businesses to thrive and increasing employment in the area.

Founding Sponsors will enjoy lifetime benefits including recognition on a specially engraved plaque in the foyer, regular updates on major milestones as plans progress, a VIP behind-the-scenes tour of the construction site, invitations to opening events, press and gala nights and 20 complimentary tickets a year for Exchange productions for 3 years after opening.

Gary McCaw, whose business interests include the newly refurbished The Gleniffer hotel, said:

“This is going to be a really exciting development for Paisley, and straight away I felt that it was something that I wanted to get involved with. The new theatre will be a game changer for the town, in my opinion, and a valuable resource for the whole community.”

Grant Mason, Chief Executive of said:
“We’re delighted to have Gary on board as our first Founding Sponsor and are very grateful to him for being an early backer. We want to make Paisley a major centre for theatre for children, young people & families but just as importantly we believe this will make a vital contribution to Renfrewshire’s reputation as a vibrant visitor destination.

“To make the development happen, we still need further business support and we’d urge companies to get in touch to find out how they can be part of creating this fantastic legacy for the Paisley.”

PACE is seeking further local businesses to join in support of become one of 10 Founding Sponsors by pledging £10,000 each or one of 50 Founding Supporters by pledging £2,000. Payment can be made monthly over 3 years, in one lump sum or yearly. Smaller donations can also be made to Exchange by donating to PACE’s Million Pound Wall.

Glasgow News? Daily Updates part of our network
ONLINE PSYCHIC READINGS: HOW TO FIND THE MOST ACCURATE ONE