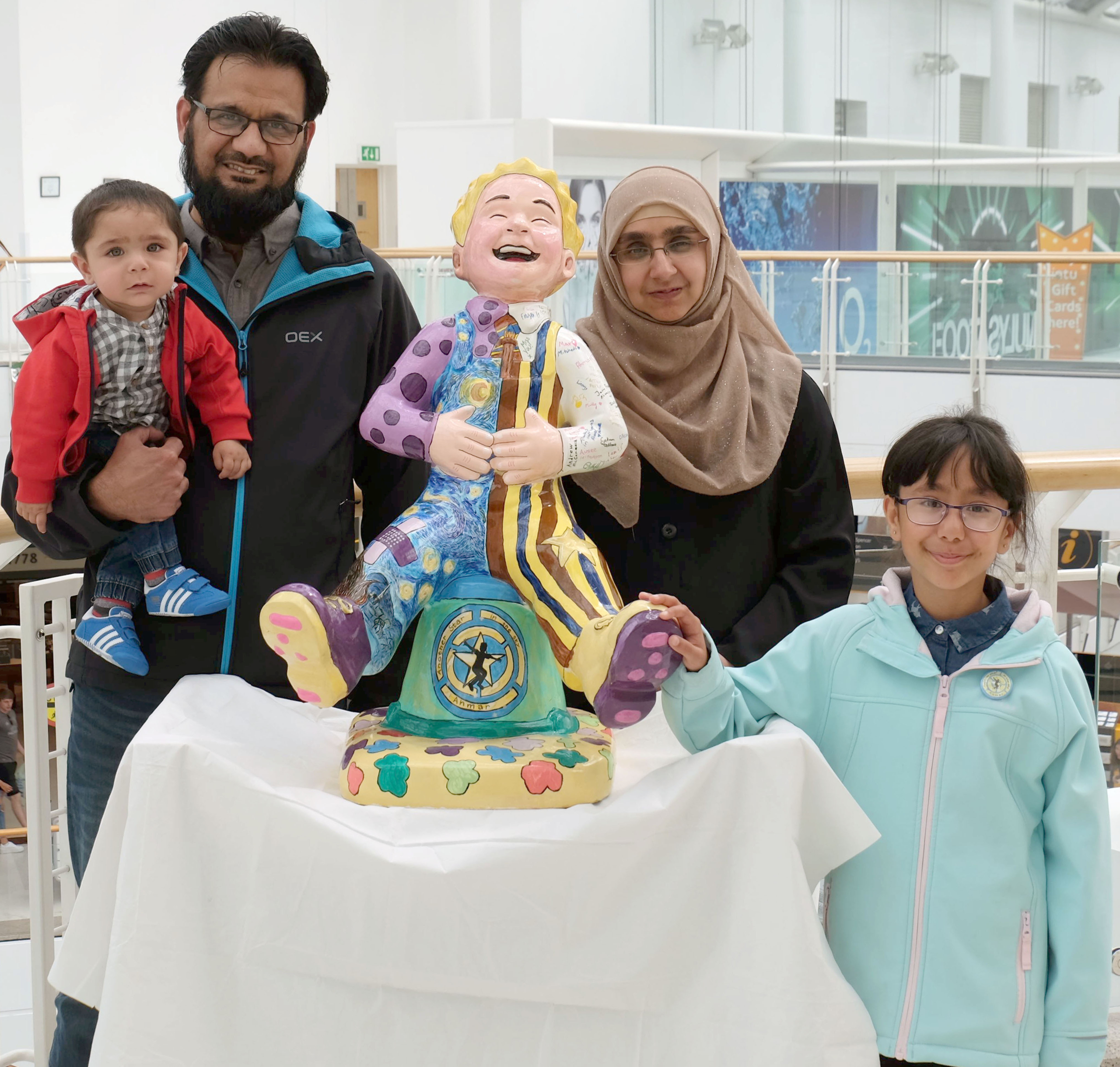 A MUM devastated by the sudden death of her teenage son from a hidden medical condition has launched a petition calling on the Scottish Government to offer full body scans for newborn babies.

The move by Sameena Javed is to make sure rare and hidden medical conditions are detected early.

The mum is also petitioning for introduce bereavement lessons in schools.

Unknown to anyone, Sameena’s 13-year-old son, Ahmar had Ateriovenous Malformation (AVM), which caused him to suddenly develop a bleed on the brain in 2017.

The lad’s mum and dad, Sameena and Javed, (correct) from Elderslie, in Renfrewshire had to take the agonising decision to turn off his life support machine ten days after Ahmar suffered the bleed while at a karate class.

The 40-year-old mum, from Paisley, who is urging people to sign her two petitions said: “I don’t want other families to go through the heartbreak my family felt.

“The condition Ahmar had was totally asymptomatic and no one had any idea. We only discovered it after he had a brain bleed and by then it was too late to treat or save him.

“I’m calling on the Scottish Government to offer brain and body scans to all neonates in our hospitals. I appreciate not every parent will want their baby to be scanned, but surely it’s worth it if a hidden or rare condition can be detected and treated.

“If my son had been offered a brain scan at birth his condition could have been detected, potentially treated and he would still be with us now.”

Sameena, added: “Ahmar’s sudden death had a terrible effect on many of his fellow pupils at Castlehead High School, in Paisley. The shock hit Ahmar’s young relatives and friends very hard.

“If young people in schools are taught about bereavement and death, then it might be ever so slightly easier for them to understand and cope with the grief that follows losing someone they know and is close to them.”

After Ahmar died, Sameena launched a charity called, Another Star In The Sky to raise money in her son’s name.

Sameena says there is not enough research into early diagnosis and treatment of AVM – which affects just one in 10,000 people.

The charity has raised more than £13,000 with half the money being donated to the Office for Rare Conditions Glasgow at the Royal Hospital for Children and the Queen Elizabeth University Hospital, to help fund research into rare illnesses like (AVM) that killed Ahmar.

The other part of fundraising goes to the Child Bereavement UK charity’s Glasgow centre that offers support to bereaved children and families.

And the pupils decided they would paint the statue in Ahmar’s honour and write messages to him on Oor Wullie’s arm.