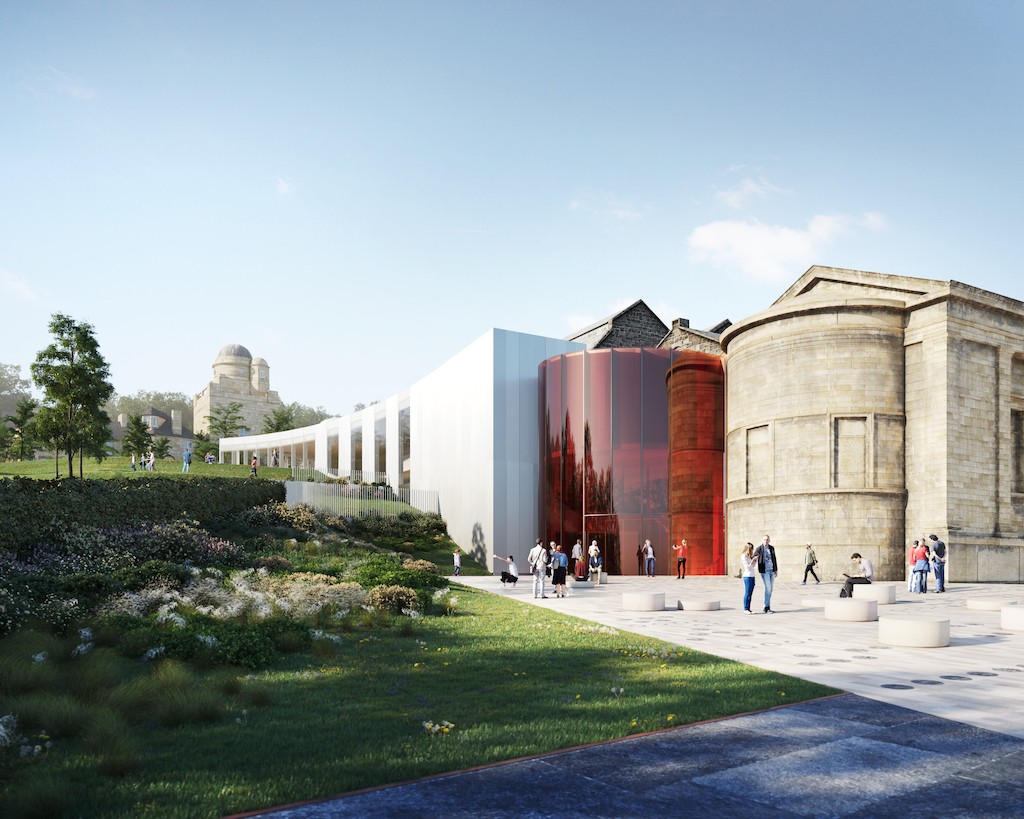 The £42m project to turn Paisley Museum into a world-class destination expected to bring huge volumes of new life and footfall to the town have taken a step forward – after planning permission was granted.

The Category A-listed Victorian building is being transformed into a leading European museum telling the unique stories of a town known around the world for the Pattern which carries its name.

Members of Renfrewshire Council’s Communities, Housing and Planning Board today gave the green light to planning permission for an extension and external alterations plus listed building consent – meaning work can start next year.

The reimagined museum is expected to draw audiences of 125,000 people a year – almost four times current numbers – from Scotland, the UK and abroad when it reopens in 2022.

– a fully-accessible entrance courtyard and dramatic red glazed entrance hall, creating a dynamic and inviting presence on the High Street and a contemporary face for the museum;

– a new wing to the west of the existing building providing step-free access through the museum to the Coats Observatory (the oldest public observatory in Scotland); 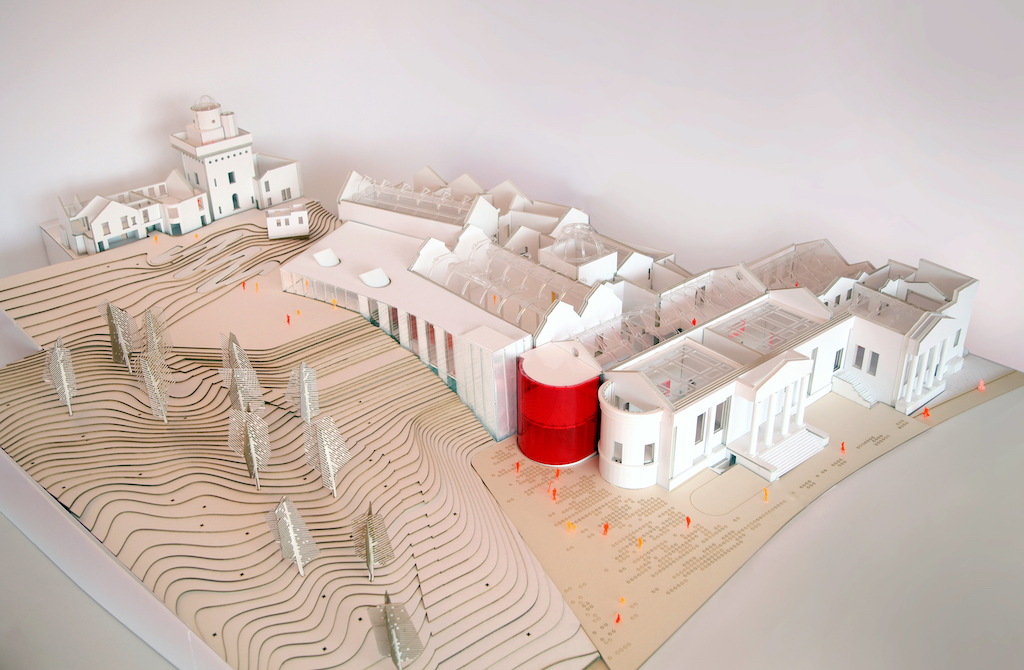 – an attractive outdoor garden, creating a new public space for the town, and opening up previously-hidden views of the observatory while reconnecting it and the museum to the town’s High Street;

– internal renovations to improve accessibility and circulation and extend the museum into the space formerly occupied by Paisley Central Library, allowing the museum to more than double the number of objects on display to 1,200; 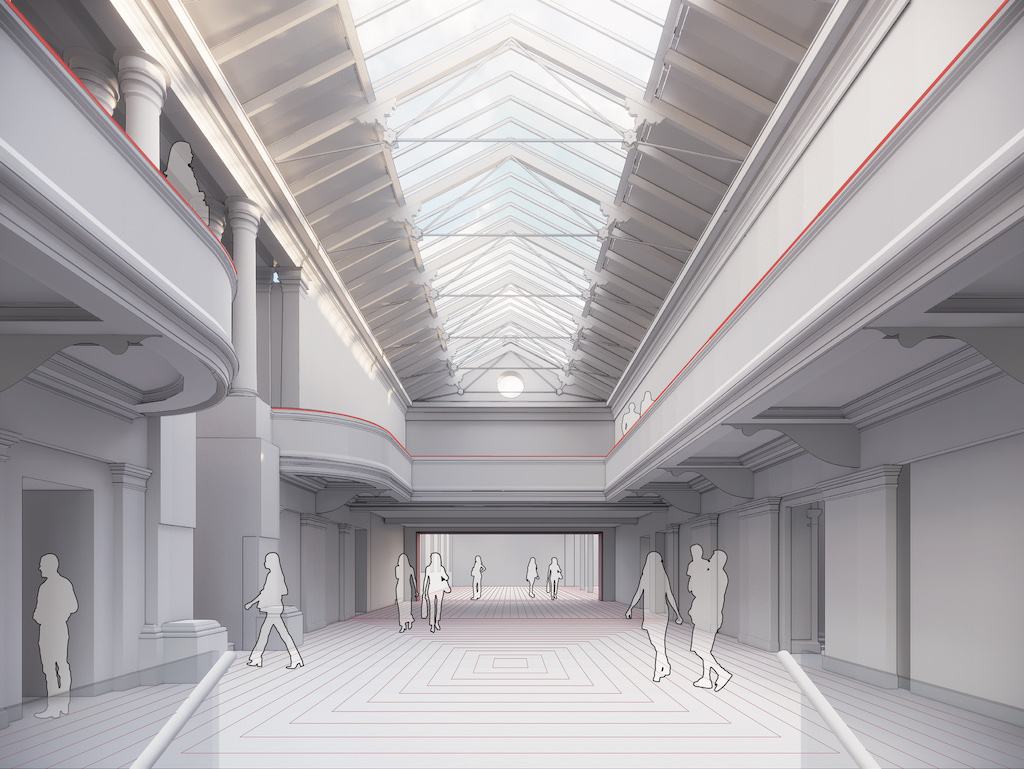 In their response to the consultation, Historic Environment Scotland welcomed the proposal, which they described as ‘very positive, well justified’, and said the plans ‘sensitively respond to the building and the requirement to provide step-free access’.

The Paisley Museum Reimagined scheme is the flagship project within Renfrewshire Council’s £100m investment in cultural venues and outdoor spaces – designed to use the town’s internationally-significant cultural and heritage story to change its future. 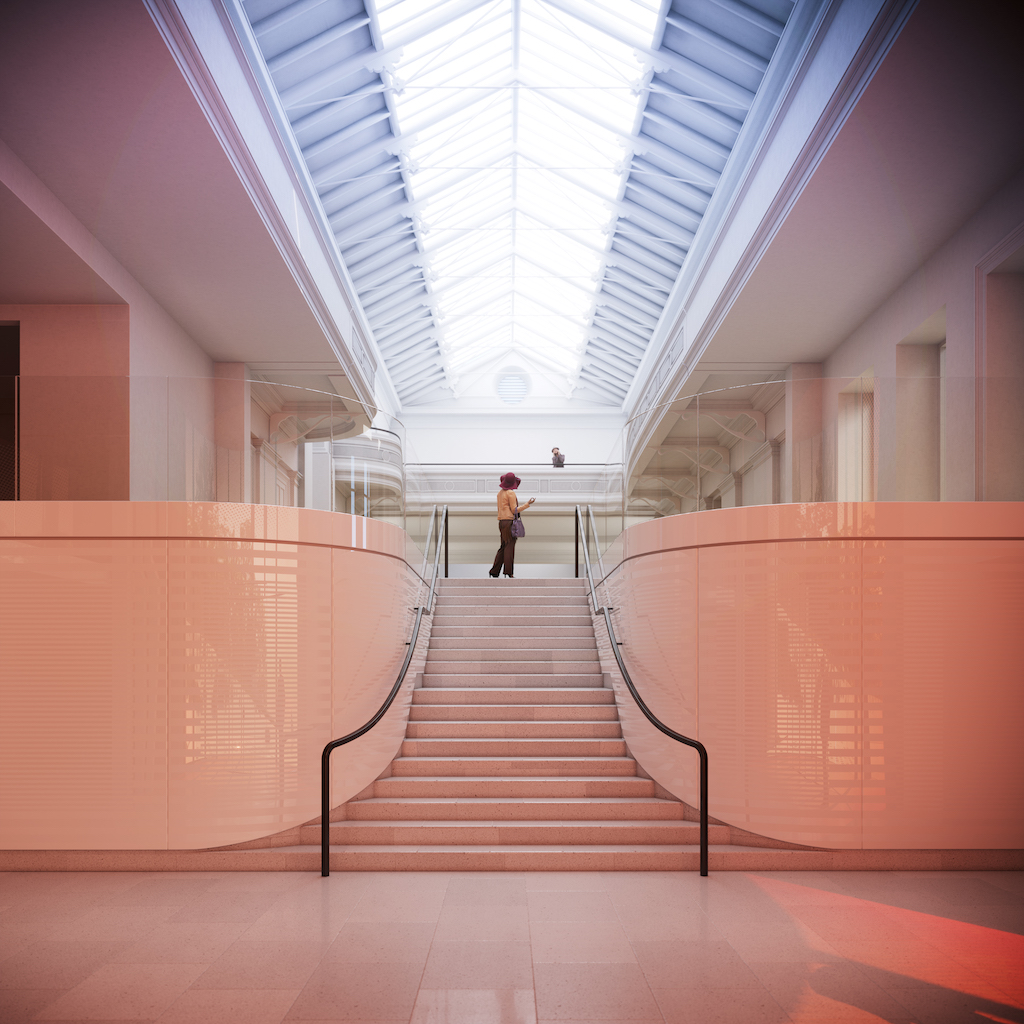 Cllr Marie McGurk, convener of Renfrewshire Council’s Communities, Housing and Planning Board, said: “The Paisley Museum Reimagined project is at the heart of our bold plans to transform Paisley town centre in the years ahead – we are delighted it was able to pass this important milestone today.

“The designs which have been produced blend the old and the new – they will create a 21st-century visitor experience while preserving a key part of our fantastic architectural legacy, and ensure this much-loved building can stay at the heart of life in the area for generations to come.

“Paisley’s name is already known around the world – and when the museum reopens in 2022 it will allow us to invite the world to come back to Paisley, providing new opportunities, life and footfall for the town centre and wider Renfrewshire area.”

The project is expected to create a £79m boost for the local economy over 30 years, with 138 jobs supported during construction, and 48.5 jobs per year through revenue and visitor spending.

It already includes Round One funding from the National Lottery Heritage Fund, with funding confirmed from the Scottish Government, and their Regeneration Capital Grant Fund.

Paisley Museum Reimagined Ltd has been set up as a new fundraising company to oversee the project’s fundraising strategy and capital appeal.

The project is being co-designed in partnership with the community – the project team have already worked with hundreds of local people and groups to capture and help tell their stories.

Paisley Museum was opened in 1871, designed by renowned Glasgow architect Sir John Honeyman. The building was gifted to the town by Sir Peter Coats of the Coats family, whose Paisley-based thread-making empire stretched around the world.

Renfrewshire’s collections are among the best in Scotland and include the world’s largest collection of Paisley shawls and pattern books, artwork from the world-renowned Glasgow Boys, one of Scotland’s best collections of studio ceramics, and a unique offering of mediaeval manuscripts dating back to before the Reformation.

Paisley’s collections remain available to the public while the work is happening – at Paisley: The Secret Collection, the only publicly-accessible museum store on a UK high street.

The museum transformation is the flagship project within Renfrewshire Council’s £100m investment in venues and outdoor spaces aimed at using Paisley’s unique and internationally-significant cultural and heritage story to transform the area’s future.

Other current investments in Paisley include turning the town’s Victorian Town Hall into a landmark entertainment venue to preserve its place at the heart of life in the town, a new learning and cultural hub offering library services in a formerly-vacant retail unit on the town’s High St, and an extension and upgrade to the town’s Arts Centre, for which designs have just been released.