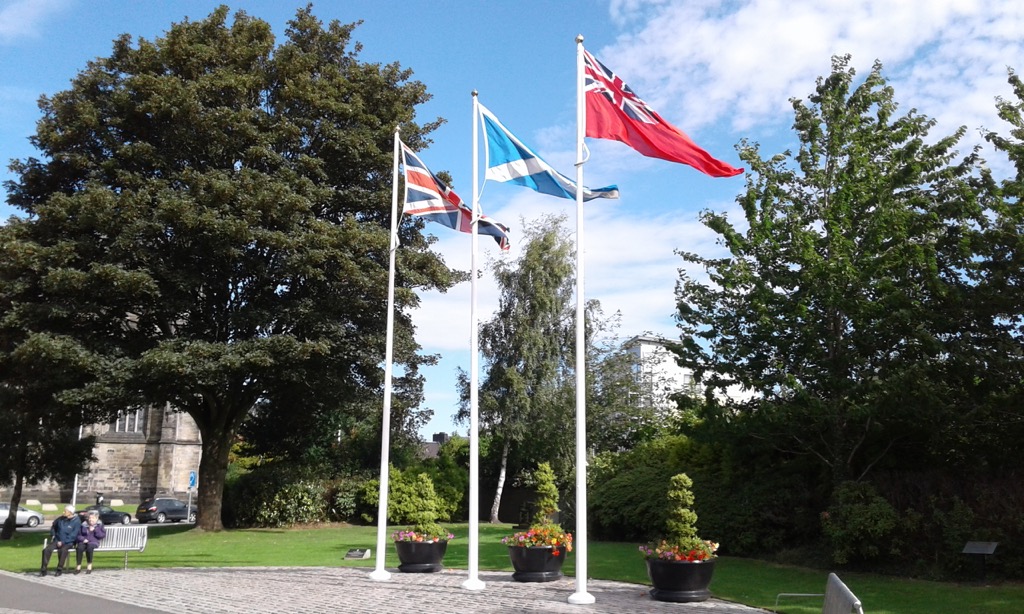 Members of the Merchant Navy, both past and present, are being encouraged to come along to a flag-raising service to mark Merchant Navy Day on Tuesday 3 September.

Merchant Navy Day honours those men and women who served during both World Wars, and recognises the contribution made by today’s Merchant Navy, which we rely on for 95% of our imports.

The Red Ensign will be raised outside Renfrewshire House at 11am on Tuesday to mark the occasion.

Renfrewshire’s Provost Lorraine Cameron said: “We are an island nation and depend heavily on the Merchant Navy. It is important that their contribution to the country is recognised and I would encourage all members of the public to come along and support our seafarers and veteran community.”

The campaign to raise the Red Ensign across the nation each year on this day has been organised by Seafarers UK.

Seafarers UK helps people in the maritime community by providing funding to support seafarers in need and their families.

Glasgow News? Daily Updates part of our network
Half of Renfrewshire schools to introduce cashless system by the end of Nov...