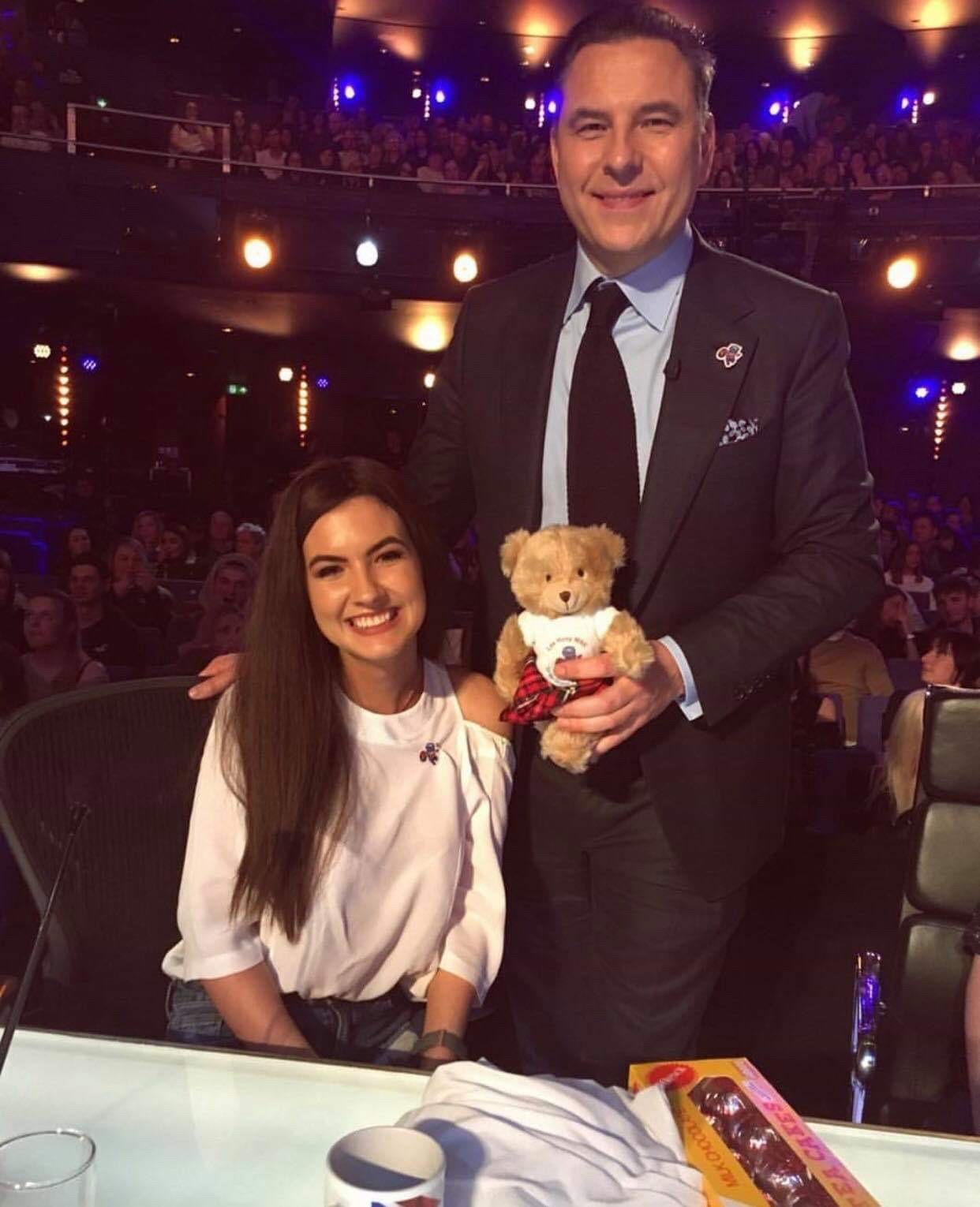 COURAGEOUS teenager Erin McCafferty who beat cancer has been chosen with her twin sister Nicole to launch the 25th birthday celebrations of Race for Life in Scotland.

The twins shared almost everything together growing up but never the same birthday. Despite entering the world just 25 minutes apart, they were born on separate days with Erin arriving at 11.50pm on November 1 while Nicole was born in the early hours of November 2, 2000. But after Erin was diagnosed with leukaemia only three days before her 15thbirthday, Nicole vowed to do everything she could to share that heartache, standing by her every step of the way through treatment.

Now Erin has been given the all clear, the twins are marking another milestone – the 25th birthday of Cancer Research UK Race for Life in Scotland. Scotland’s first Race for Life event was held in Glasgow in spring 1995. Since then, millions of pounds have been raised to fund vital research in to gentler and more effective treatments for cancer. Thousands are set to take to the streets again to take part in Scotland’s biggest Race for Life at Glasgow Green on May 19. Money raised will help scientists find new ways to prevent, diagnose and treat the disease, helping save more lives.

And there’s a chance to join the Race for Life 25th birthday celebrations at a special event on Argyle Street, Glasgow on Saturday March 30 between 10am and 5.30pm. Shoppers can decorate a sign to say who they’ll join the Race for Life for this year as well as submit their entry for this year’s event and take part in some fun glitter face painting.

Erin, now 18, said: “I’ve just celebrated the first year of being cancer free and it’s been the best year of my life.

“Nicole may be my little sister by 25 minutes but she’s also been like a best friend.  I’m lucky to have a twin sister who I’m so close to. When I had my hair shaved off after I was losing it due to the side effects from chemotherapy it was Nicole who held me for ten minutes as we cried in the toilets. But I didn’t actually cry the first day I was told I had cancer. I think I was just in shock. When you’re a teenager you feel that you’re invincible. Cancer was something that happened to other people. It didn’t even enter my head that I might get the disease.

“Cancer made Nicole and I grow up very quickly. We got through it and now if we can help other people get through it then we’ll do everything we can.”

Erin of Carluke, South Lanarkshire, knows exactly how vital the power of research is. Erin was in her fourth year at Carluke High School when she first started feeling unwell, developing unexplained bruises and fainting on the way to school. She recalls vividly the moment her life was turned upside down on October 29, 2015, at the Royal Hospital for Children in Glasgow after tests revealed she had acute lymphoblastic leukaemia.

Erin endured two and a half years of treatment including eight cycles of chemotherapy in total. Her lowest point was in May 2016 when a chest infection led to pneumonia and Erin was in the intensive care ward, watched over anxiously by her parents, Yvonne McCafferty and Vincent Mooney, both 47. 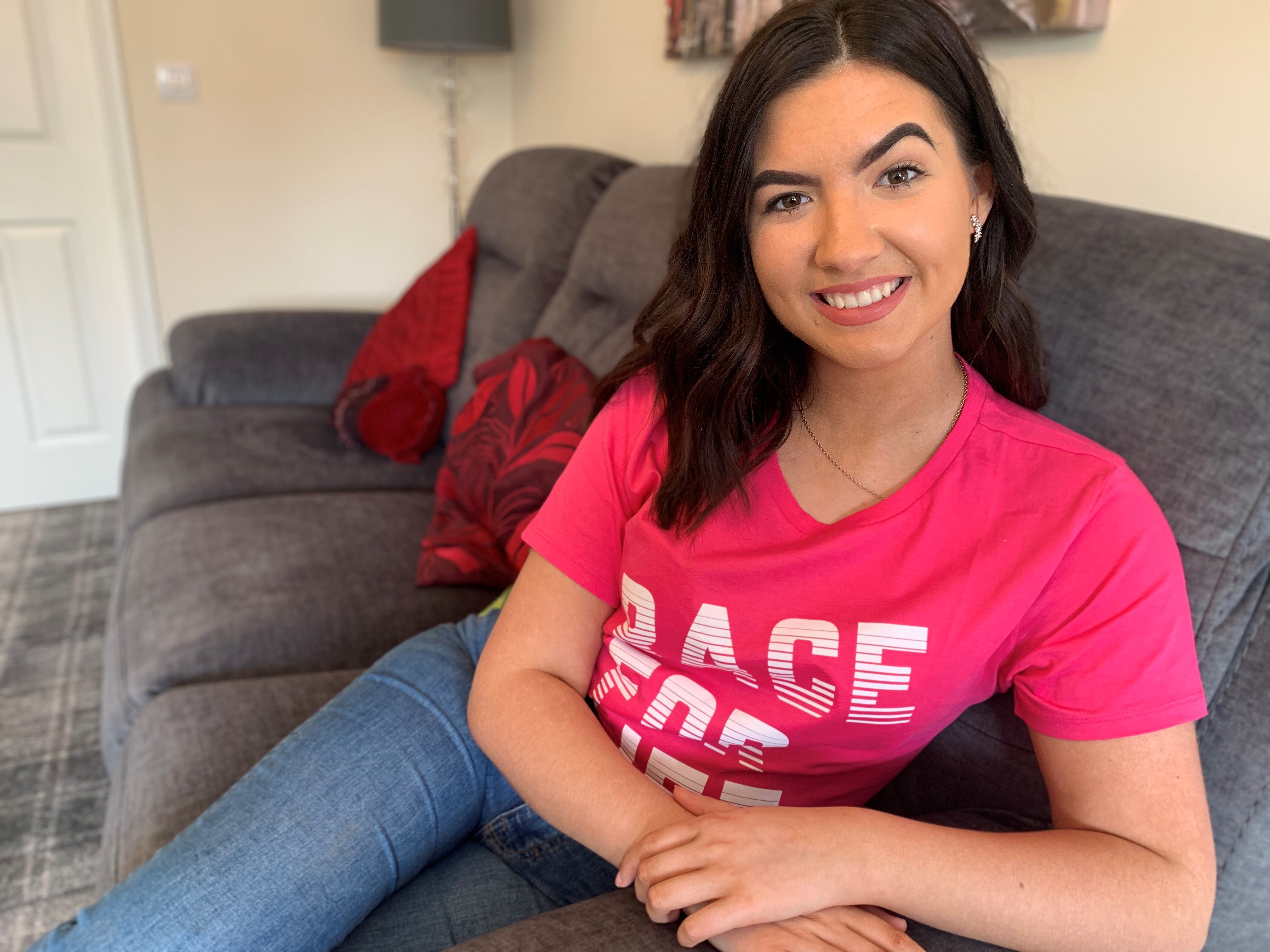 Erin said: “I thought I was going to die.

“I felt so terrible. I remember even saying to my mum that if this was really it then she should just let me go. I felt so unwell then but my consultant Dr Brenda Gibson was amazing, very calm and explained what we were going to do to get me well again.”

As Erin slowly recovered there were good days too. Her twin Nicole rallied family and friends to raise more than £31,000 for the Teenage Cancer Trust. It was fixed up for the twins to meet the Britain’s Got Talent stars including Simon Cowell, Amanda Holden and comedian David Walliams and they also jetted to London to a gig where they met singer Olly Murs. But the greatest highpoint was on February 27 last year after Erin took her final chemotherapy pill and was able to ring the ‘End of Treatment bell’ at hospital. Now Erin is keen to train as a nurse to help others.

Erin said: “I was very scared in the early days when I got cancer and there were some really special, highly skilled nurses who stepped in to help me saying just the right thing at exactly the time I needed them to.

“I’d love to be that special person for someone else in the future and to give something back.”

Organisers are appealing for Scots of all ages and abilities to stride out to help beat cancer with Scotland’s first Race for Life 5K and 10K events of the year kicking off in Stirling and South Queensferry on May 12, closely followed this spring by events across the country, everywhere from Edinburgh to Irvine, Falkirk to Fife. Scotland’s biggest Race for Life event is on Sunday May 19 at Glasgow Green.

“Our Race for Life events are fun, colourful, emotional and uplifting. They help people with cancer by raising money for research, including clinical trials which give patients across Scotland access to the latest treatments. You don’t have to be sporty to take part. You don’t need to train or compete against anyone else.  All you need to do is go to the Race for Life website, pick an event, sign up and then have fun raising money in whatever way you like.

“Taking part in our Race for Life events enables like-minded people to get together and remember loved ones lost to cancer or celebrate the lives of those who have survived.  At the same time, they are helping to make a difference to people with cancer, right now.  Our Race for Life events were women-only when they started, over 25 years ago.  But we now feel the time is right to open them up so that everyone – women, men and children – has the chance to participate together.

“One in two people in the UK will be diagnosed with cancer, at some point during their lifetime.  Sadly, this means nearly everyone is touched by the disease, either directly or through a loved one or friend.  To make a significant difference in the fight against cancer we need to harness as much energy and commitment as possible – so what better way than involving everyone in the community in our events.

“This spring, we’re urging mums, dads, nans, grandpas, brothers, sisters, friends and workmates to show their support by joining the Race for Life.  It’s a perfect example of everyday people doing an extraordinary thing – uniting in a common cause to beat cancer.”

Cancer survival in the UK has doubled since the early 1970s and Cancer Research UK’s work has been at the heart of that progress. Thanks to the generosity of its supporters, the charity was able to spend around £38 million last year in Scotland on some of the UK’s leading scientific and clinical research. Glasgow is home to the Cancer Research UK Beatson Institute where a thriving community of cancer scientists and doctors are working to reduce the impact of this disease around the world. An exciting programme of work has been established to look for ways to tailor treatment for pancreatic cancer. Our scientists in Glasgow first manufactured the brain cancer drug, temozolomide. Thousands of people now benefit from treatment with this drug worldwide.

Cancer Research UK’s Race for Life, in partnership with Tesco, is an inspiring series of 5k, 10k, Pretty Muddy and Pretty Muddy Kids events which raise millions of pounds every year to help beat cancer by funding crucial research.