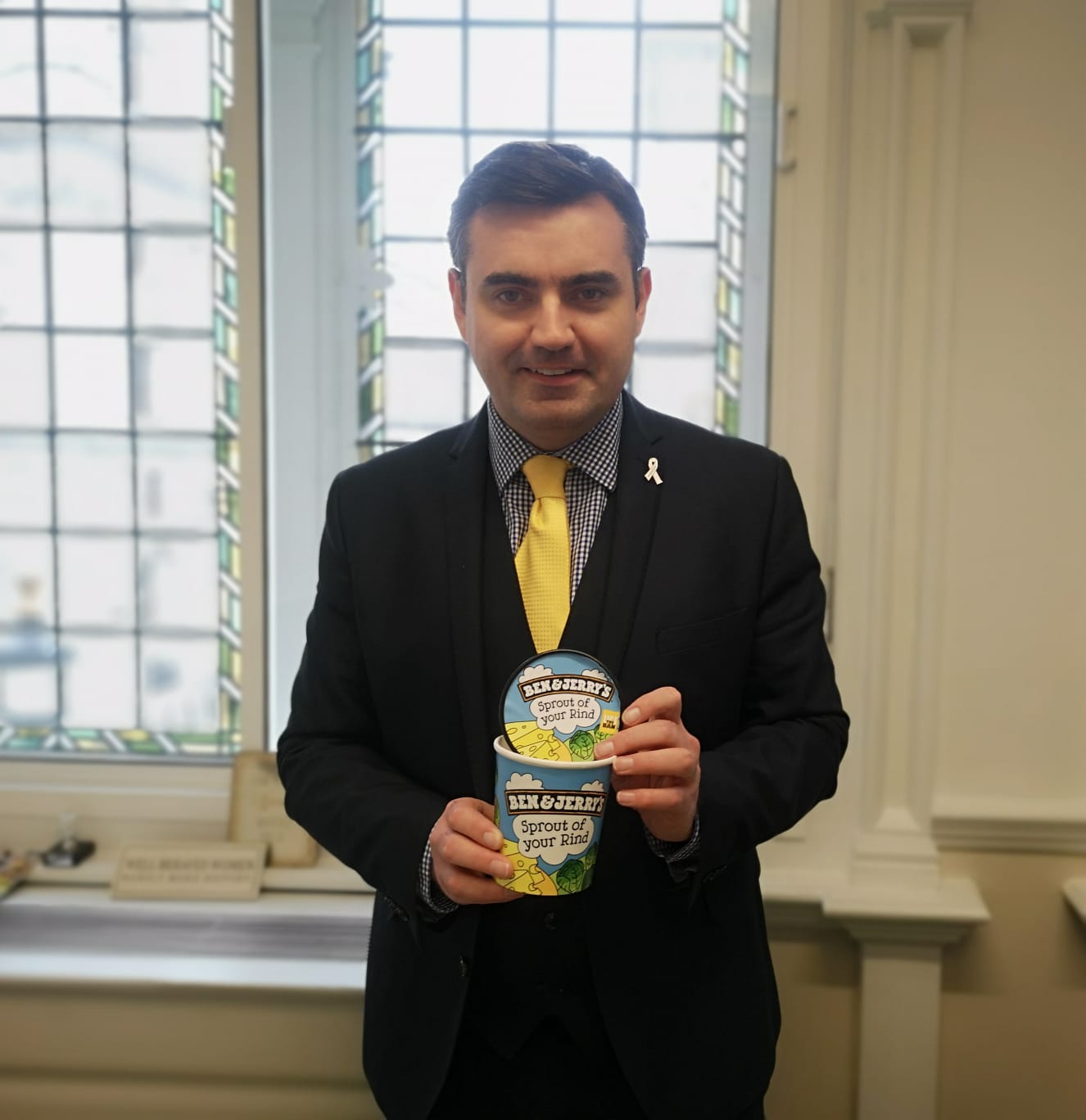 Gavin Newlands, SNP MP for Paisley and Renfrewshire North, is backing the Lift the Ban Coalition campaign to restore the right to work for people seeking asylum who have been waiting for a decision on their asylum claim for over six months, unconstrained by the Shortage Occupation List which details many professions that are desperately needed in the UK.

The Lift the Ban Coalition is made up of over 170 organisations, including faith groups, businesses, trade unions and NGOs from across the UK.

One of these coalition members is Ben & Jerry’s, who campaign on a range of social issues at a local, national and international level, and are vocal supporters of restoring the right to work for asylum seekers.

MPs have been receiving unexpected deliveries from Ben and Jerry’s. In support of Lift the Ban’s campaign they have sent out ice creams tubs with nonsensical flavours to MPs. Ice cream of these silly flavours, like the current policy preventing people seeking asylum from working, doesn’t make sense.

The campaign hopes that these nonsense pints will help this issue get the attention it deserves.

Gavin Newlands received a tub of ‘Sprout of your Rind’. Backing the campaign he said:

“We in the Scottish National Party have been arguing for a long time that the UK Tory Government’s inhumane current rules that ban people seeking asylum from working don’t make sense – just like this Ben & Jerry’s Sprout of your Rind ice cream flavour!

“I’m proud to support the campaign to #LiftTheBan. It makes sense and it’s humane!”

Glasgow News? Daily Updates part of our network
Tips and tricks for a successful bet

TEENAGER TWINS CHOSEN TO LAUNCH THE 25TH BIRTHDAY CELEBRATIONS OF RACE FOR LIFE...
Scroll to top