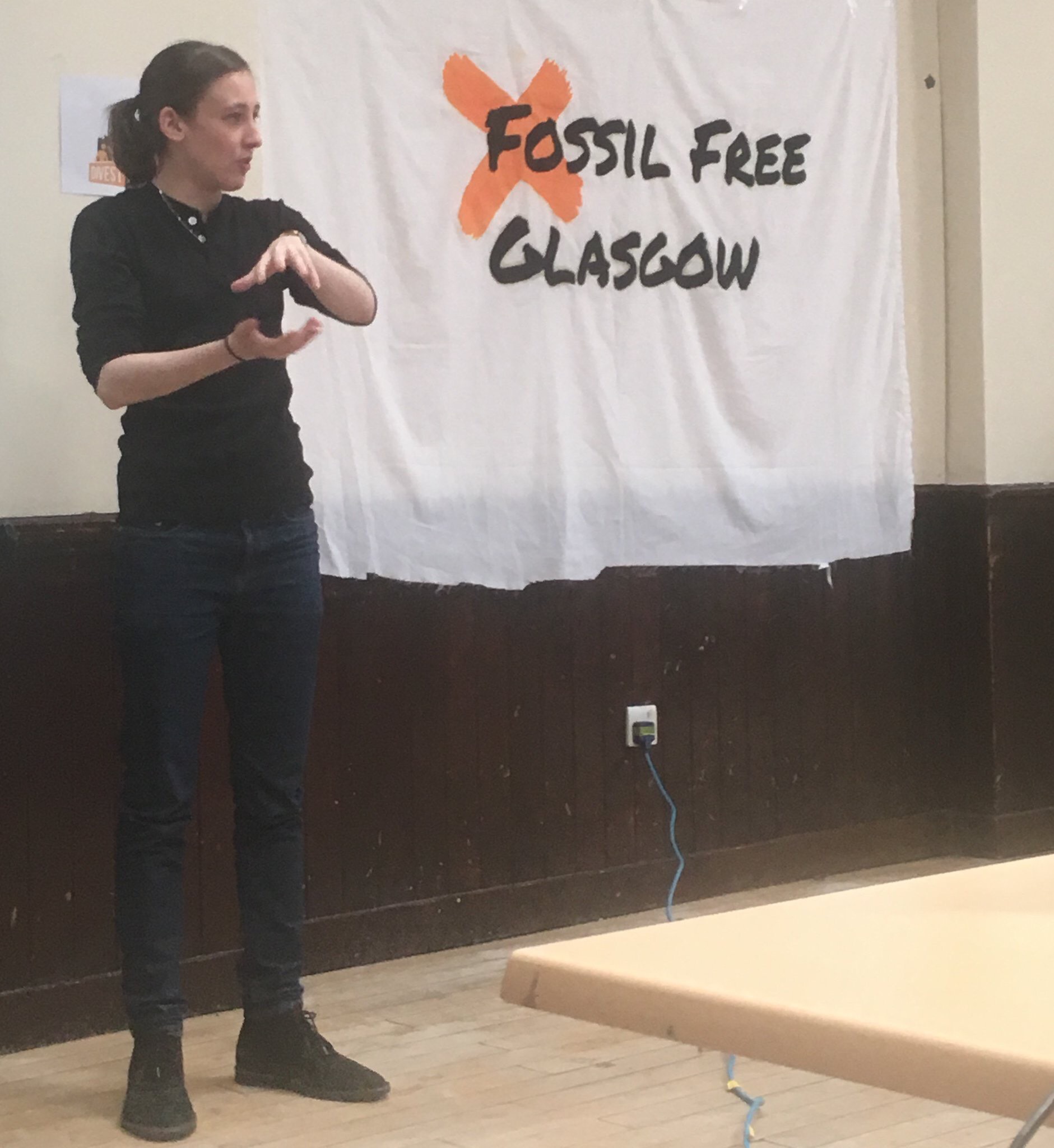 MP for Paisley and Renfrewshire South Mhairi Black, along with a cross-party group of 200 MPs, including the majority of Scottish MPs, are calling on the MP’s Pension Fund to stop investing in fossil fuel companies, such as Shell and BP, following growing concerns about their role in fuelling climate change.

SNP, Conservative, Labour and Liberal Democrat current and former MPs have signed a ‘pledge’ calling for the MP’s Pension Fund to review and phase out fossil fuel investments. The call follows growing concern among Parliamentarians about the environmental, social and financial risks posed by climate change.
29 out of the 35 SNP MPs have now signed the pledge, including the SNP Westminster Leader, Ian Blackford, Mhairi Black, Angus MacNeil, John McNally, Dr. Philippa Whitford and all of the Glasgow and Edinburgh SNP MPs.
The UNs recent report on limiting global warming to 1.5 degrees demands additional effort from world leaders to enact rapid, far-reaching and unprecedented changes in all aspects of society within the next few years.
Mhairi Black, SNP MP for Paisley and Renfrewshire South, said:
“The current generation of children, and their children and grandchildren will face devastating weather impacts if we don’t take action on climate change now. This means a rapid phasing out of fossil fuels and investing in a progressive and just transition to a zero-carbon economy. Scotland is already leading the way in this: we have set ourselves ambitious climate protection goals, and are rapidly scaling up renewable energy technologies. I am very pleased to join my fellow MPs from Scotland and around the country in urging the UK Parliament to show climate leadership and remove their pension investments from fossil fuel companies.”
Caroline Lucas, Green Party MP for Brighton Pavillion, who first established the campaign, said:
“We’re now a 200 strong cohort of cross-party MPs who believe it is morally indefensible for Parliamentarians to be investing in companies which profit from wrecking our planet. MPs have a duty to take action to prevent the worst of climate change. One simple step we can take is ditching our investments in fossil fuels – and instead invest in clean, renewable energy, and low-carbon technologies”.
Sally Clark, a Scotland Divest Parliament campaigner, said:
“It is extremely encouraging that so many Scottish MPs from all political parties are speaking out about the urgent need to divest from fossil fuels in order to keep global warming below 1.5 degrees.”
Ric Lander, Friends of the Earth Scotland, said:
“People across the world are rising up to demand action on the climate crisis and its biggest cause in fossil fuels. We need our leaders to respond to this call, and cleaning up their own pension funds is a great place to start. By going fossil free investors like pension funds can help the world break free from fossil fuels and invest in a brighter future for everyone.”
If successful, the campaign would see Parliament joining the Irish National Infrastructure Fund, the New York State Pension fund and two thirds of UK universities, including Glasgow and Edinburgh, in committing to fossil fuel divestment.
https://www.paisley.org.uk/wp-content/uploads/2018/12/Image-22.jpg 2048 1881 Brian McGuire https://www.paisley.org.uk/wp-content/uploads/2015/09/paisley-logo-trans.png Brian McGuire2018-12-03 22:21:142018-12-03 22:21:14MHAIRI BLACK CALLS ON PENSION FUND TO DROP FOSSIL FUELS