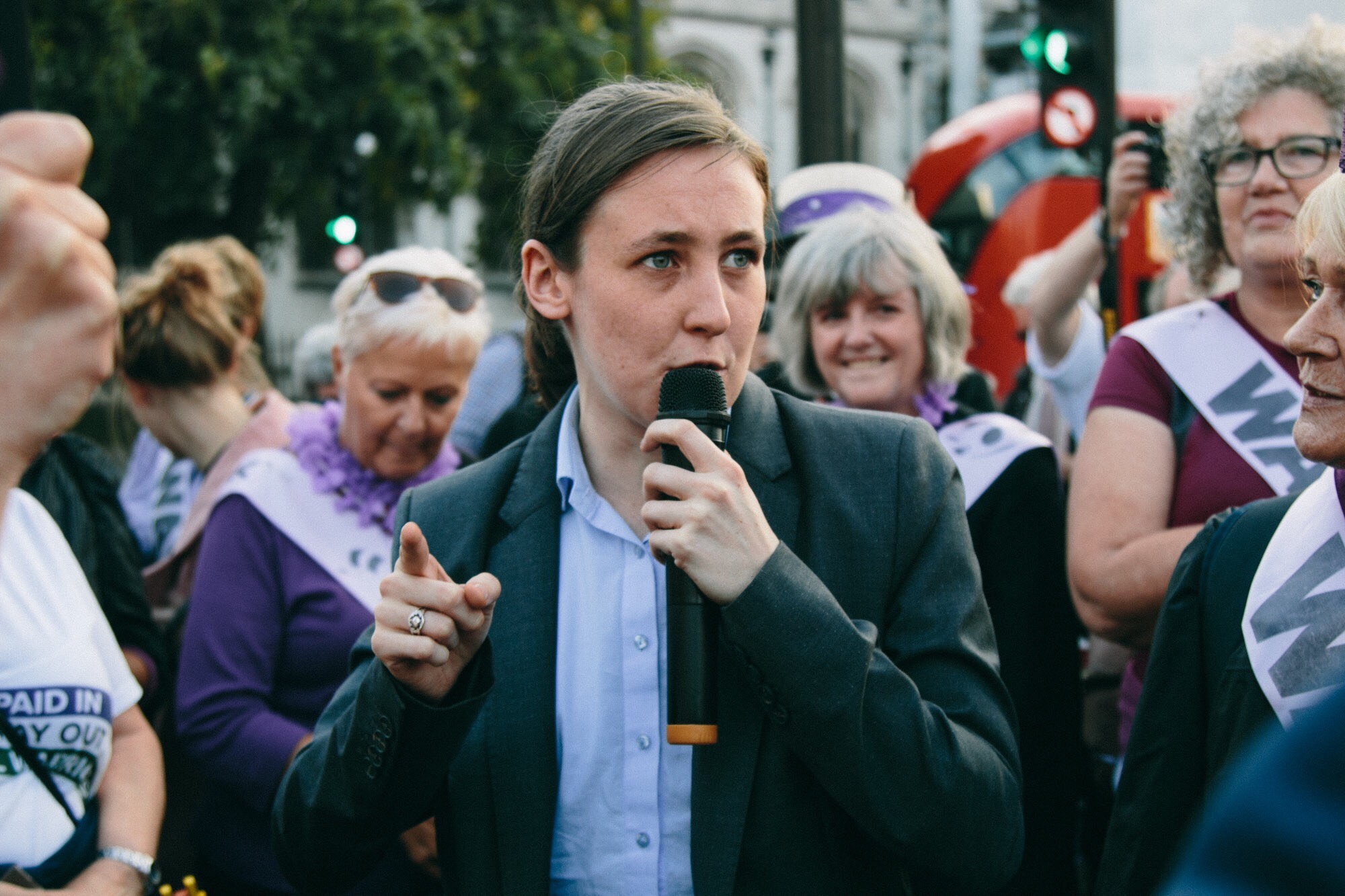 Thousands of women descended on London yesterday as part of the WASPI campaign. Protesters marched from Hyde Park to Parliament square to show their disdain for the UK Government over their handling of women born in the 1950’s pensions.

The march included women from across the West of Scotland and Renfrewshire. This issue impacts 3.8 million women across the UK including 340,000 women in Scotland and over 6,200 in Renfrewshire. The aim of the WASPI campaign is to highlight the injustice that has occurred for women born in 1950’s who have seen delays and cuts to their pensions due to the Pension Acts of 1995 and 2011.
After the march campaigners met with SNP MP’s to discuss plans for going forward with the campaign and how they can raise awareness for the Government to take action on this issue.
Local MP for Paisley and Renfrewshire South Mhairi Black MP who is also the SNP Spokesperson for Pensions addressed the crowd in Parliament square along with SNP leader Ian Blackford.
Mhairi Black MP said –
“I have so much admiration for the WASPI women. The determination that has been shown throughout the campaign is not letting up. This issue is not going away, we will not give up on this injustice for these women.”
“It was a pleasure to address the crowd and show solidarity with the WASPI women. It was also good to see some of our local campaigners involved in the march.”
“The Tories have robbed these women of their pensions. I have lost count of the amount of times that we have debated this issue in Westminster with no resolution to this issue. However the resilience that has been shown by the WASPI women is spectacular.”
12/10/2018/by Brian McGuire
https://www.paisley.org.uk/wp-content/uploads/2018/10/Image-8.jpg 1333 2000 Brian McGuire https://www.paisley.org.uk/wp-content/uploads/2015/09/paisley-logo-trans.png Brian McGuire2018-10-12 18:12:412018-10-12 18:12:41Mhairi Black MP Praises the Determination of the WASPI Women