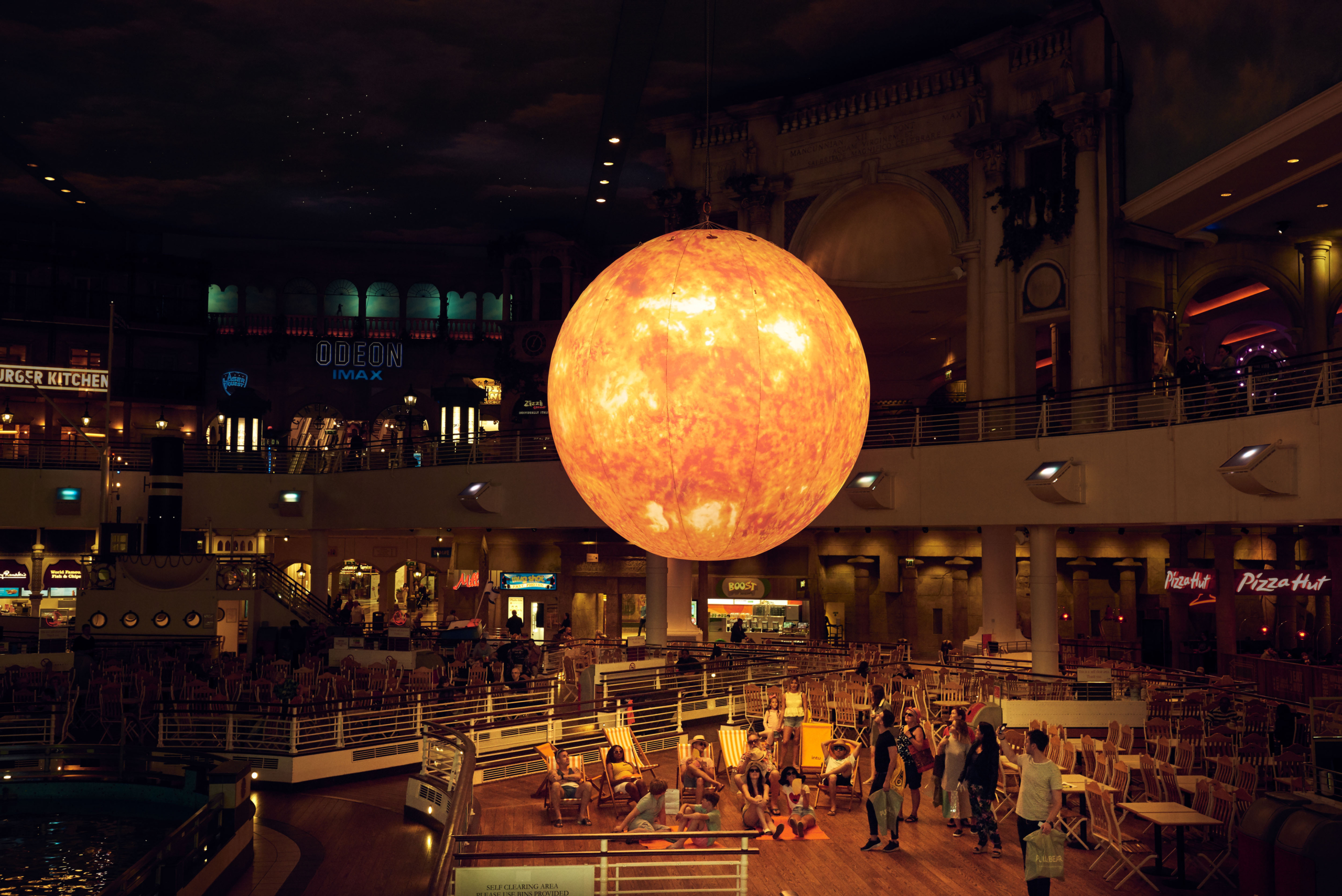 – 50-foot ‘sun’ to shine at intu Braehead to continue summer –

Britain’s joint hottest summer on record may now have passed, but a giant 50-foot artificial sun is being installed at intu Braehead on Friday 5 October in a bid to extend the summer and make people happier.

The glowing, bright orange sphere which took 12 weeks to build, has a 15-metre circumference and shines as brightly as 12,000 lightbulbs. Its installation follows intu’s happiness survey, which reveals that 90 per cent of Scots feel happier when it’s sunny.

The artificial sun has been modelled on a photograph captured by NASA and will be shining at intu Braehead’s central atrium for a day as part of a tour of 11 intu centres across the country with the shopping centre owner pledging to make shoppers smile. There will be a special ‘Sunny Spot’ at intu Braehead where people can sit back on deck chairs and bathe in the sun with ice creams and mocktails being handed out to lucky shoppers. 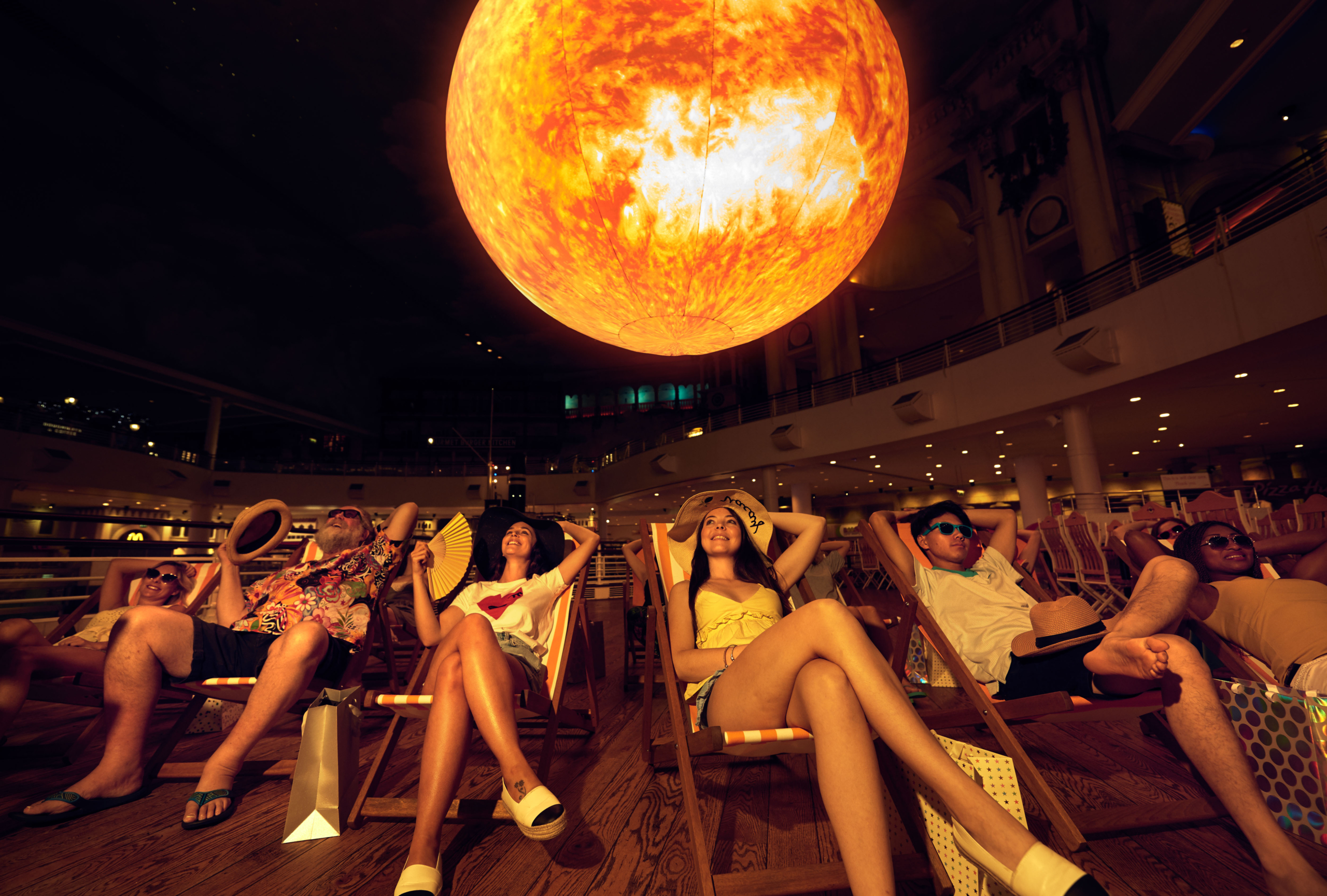 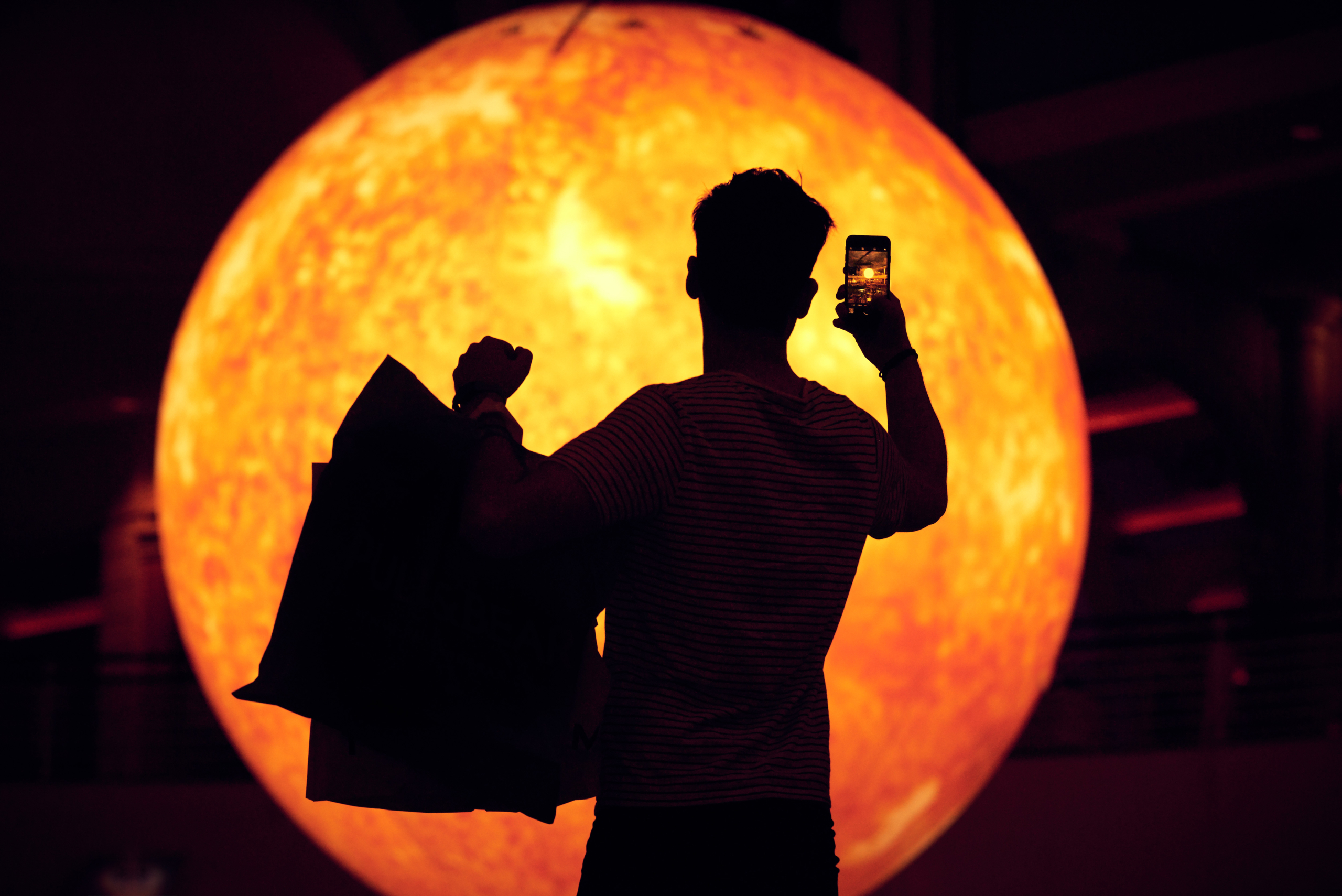 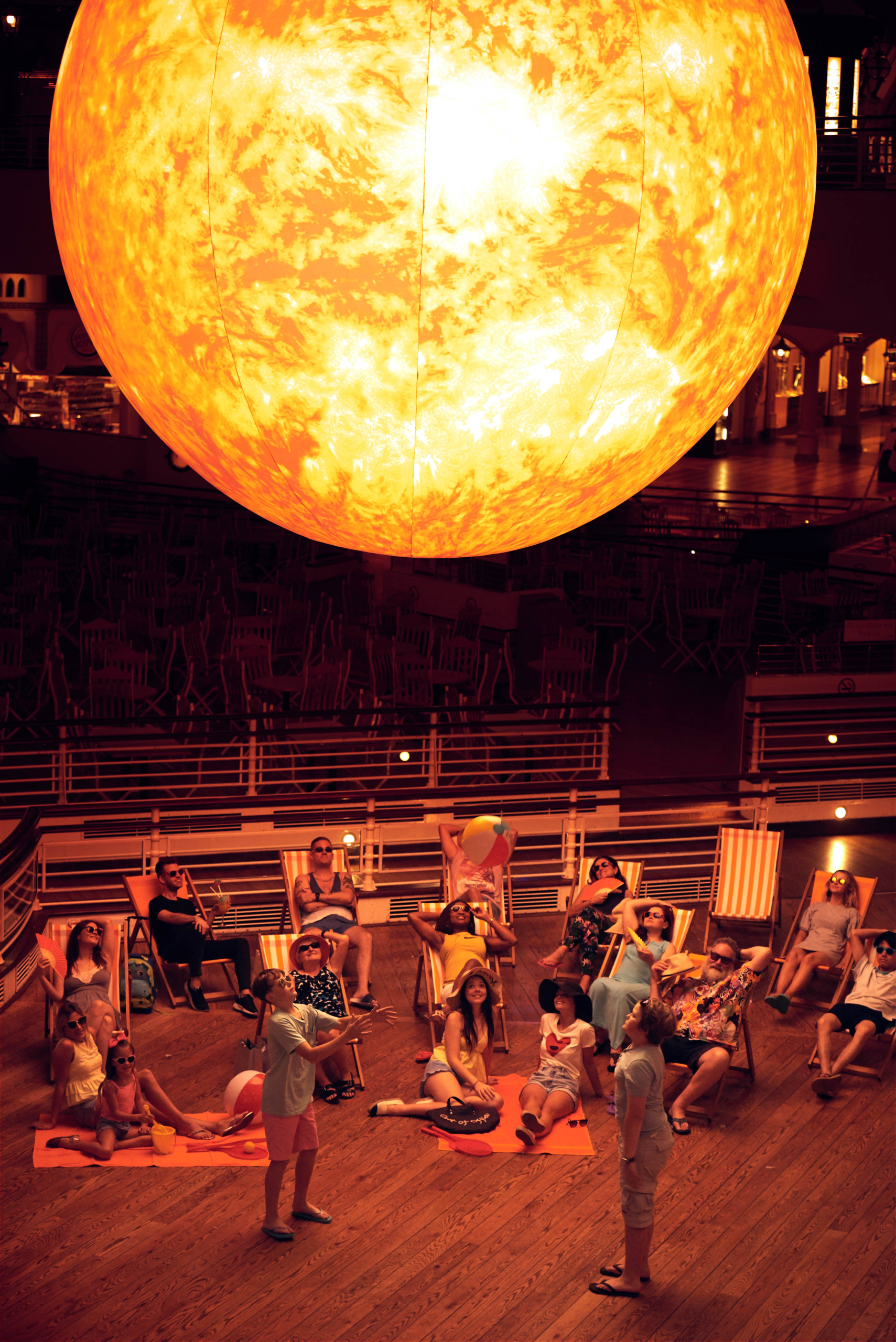 According to the intu Happiness Survey, two in five people in Scotland (41 per cent) say 2018 has been their happiest summer in memory despite the economic uncertainty, with a 42 per cent crediting the sunshine for their increased happiness levels.

The research from intu also revealed that over two-thirds of people living in the UK (69 per cent) feel happier in the summer than they do in the winter, with sunshine (27 per cent), longer days (24 per cent), summer holidays (16 per cent) and more outdoor activity (15 per cent) the top reasons given. 80 per cent say the much needed summer rays also make them feel healthier.

David Lyon, intu Braehead’s marketing manager said: “The weather forecast this week at intu Braehead is guaranteed to be ‘sunny’ so shoppers are encouraged to take a pair of sunglasses with them when they visit! We know that people feel happier when it’s sunny and after a glorious summer we wanted to extend the sunshine and create something sunny for our shoppers. At intu Braehead we have something for everyone, so whether you’re on a shopping spree or just want to sit back and enjoy the sun, we have you covered.”

The 50-foot, artificial ‘sun’ will be visiting 11 intu shopping entres around the country including intu Trafford Centre, intu Lakeside and intu Metrocentre from 19 September to 8 October. For more information on when it will shining in your local centre follow #intuSun on Twitter. intu owns some of the UK’s largest and most popular retail destinations in the country including centres in Manchester, Newcastle and Glasgow.