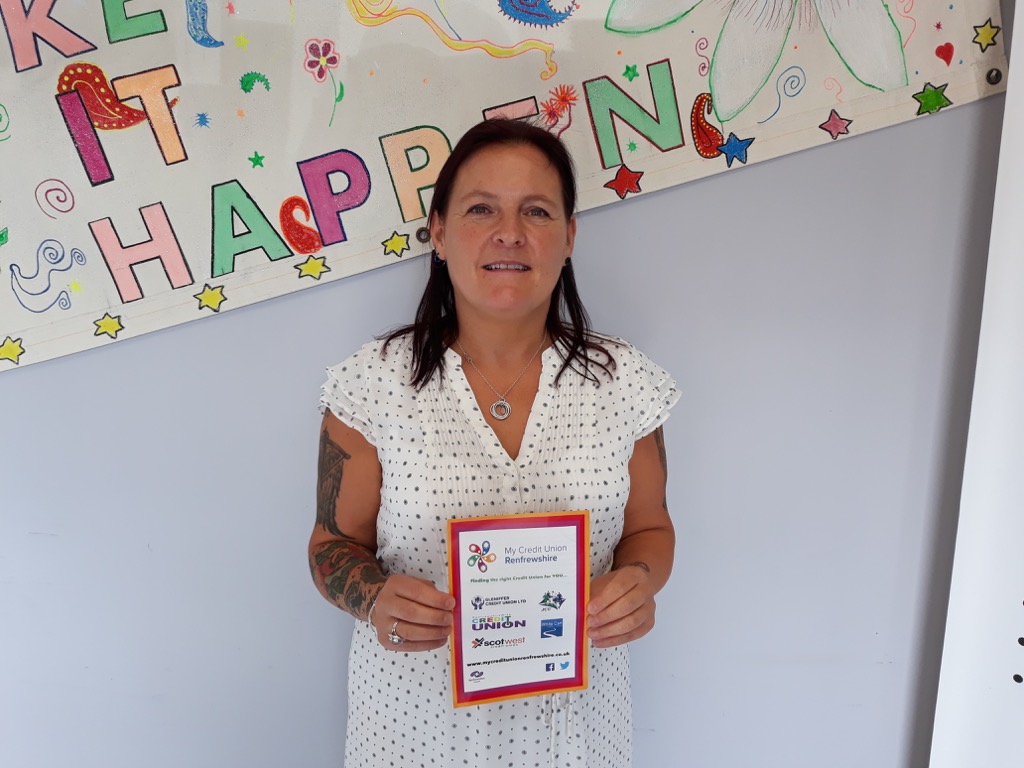 A mum-of-three who went bankrupt after using pay day lenders says that joining a Credit Union changed her life.

Sally-Ann Bareford took out high interest loans and ended up paying back up to triple the amount she had originally borrowed.

But since she joined White Cart Credit Union eight months ago, she says for the first time she feels she has control over her finances.

Credit unions are not-for-profit organisations owned and controlled by their members, which offer savings and low cost loans.

The 49-year-old, who has a 21-year-old daughter Amy and two younger children Jack, 10 and Alex, 7, said: “I was using payday lenders as I wasn’t in a position to get a loan from the bank. I ended up paying double and sometimes triple on what I had borrowed because the interest rates were so high.

“I was using them for years and at one stage I had to declare myself bankrupt as my finances had  got into such as a bad state. It seemed like easy money until you realised you had to pay it back with astronomical rates of interest. Your debt starts off small and then just explodes and get bigger and bigger and it can take years to pay it back.”

Sally-Ann said the situation was a Catch 22 as she had such a bad credit record she felt she had no option but to go back to pay day lenders.

But earlier this year she was introduced to the non-profit White Cart Credit Union through the Paisley-based community organisation, the Star Project.

She said: “The representative Frank is so friendly. He sits and has a coffee with you and explains all the benefits. The interest rate is one per cent to cover their costs and I save as I borrow.

“I’ve had two loans, one for £1,600 to take my two youngest children to visit my mum in Eastbourne this summer, and another to go on a weekend bonding trip with my eldest daughter.

“Frank comes to the Star Project every two weeks and I pay money in to pay back my loan and whatever I can afford to save. I’ve become a regular saver for the first time.

Sally, who is unable to work due to heath issues, added: “It’s made a huge difference to my life as I can pay back the money at an affordable rate. I’ve already paid off one of my loans and am still saving. I would recommend a Credit Union to anybody.”

Renfrewshire Affordable Credit Alliance (RACA), which was previously the Affordable Credit Group, is a group of agencies, who work collaboratively to increase the provision of accessible, ethical and affordable credit for people in the most vulnerable circumstances.

It is holding a public event in the Paisley Piazza on 30 August from 10am to 4pm to talk to the public about their affordable credit options. Representatives from banks, credit union, social enterprise Scotcash as well advice agencies will all be there to answer any questions.

Renfrewshire Council Leader Iain Nicolson said: “As part of Renfrewshire Council’s ongoing effort to tackling poverty and inequality, we have been supporting and promoting the development of affordable credit, such as credit unions.

“Sadly, it’s often the case that those who have the least money are charged the most for credit.

“We want people to know there are other options aside from payday and other high cost lenders.

“The Council supported the establishment of Renfrewshire’s Affordable Credit Alliance and are the first local authority area in Scotland to have such an initiative.

“The work around affordable credit led to the linking of White Cart Credit Union and Star Project, which has allowed people like Sally-Ann and many others to save and borrow easily.”