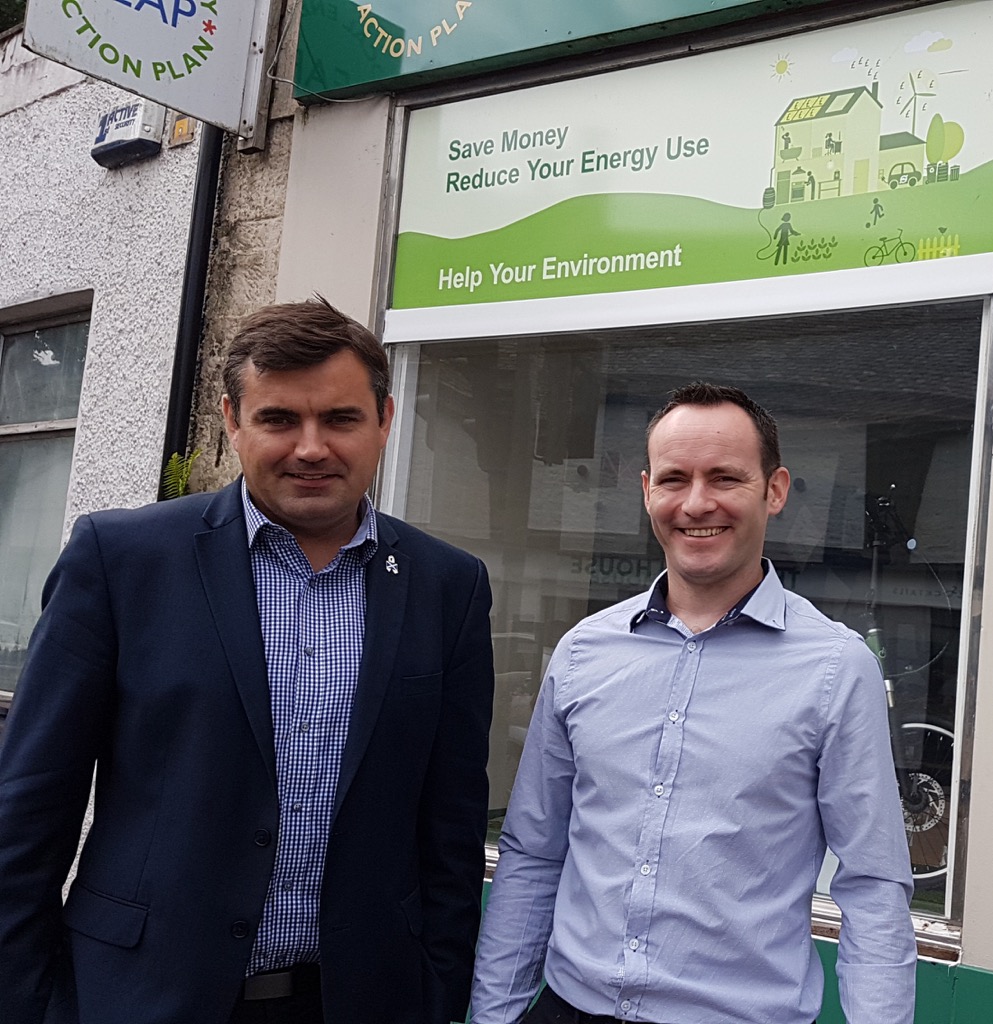 Gavin Newlands, SNP MP for Paisley and Renfrewshire North, has met with a local energy efficiency agency to find out more about the latest work they’re doing to help people in Renfrewshire who are living in fuel poverty.

Local Energy Action Plan (LEAP) operate across Renfrewshire and offer a range of services to local people to help them reduce their energy use and also to help lift them out of fuel poverty.

The Member of Parliament for Paisley and Renfrewshire North also spoke to them about the hundreds of households in the constituency who were mis-sold energy efficiency measures by the discredited HELMS.

HELMS have now gone into liquidation. They were an approved Green Deal installer, with the Green Deal programme being the flagship policy of the UK Government.

“It was great to catch up with Scott from LEAP today to find out more about their latest work across Renfrewshire to help households reduce their energy use.

“LEAP plays an important role in helping to lift people out of fuel poverty, and they’re one of the reasons why the fuel poverty rating in Renfrewshire is lower than the national average.

“I also appreciated speaking to LEAP about HELMS’ mis-selling, this is an issue which I have been working on over the past couple of months. Hundreds of people from across Renfrewshire have been thrown into debt due to the scandalous behaviour of HELMS. HELMS may now be out of business, but they were an accredited Green Deal company, and as such, the UK Government has a responsibility for helping those in Renfrewshire who were exploited by this discredited company.

“However, in the meantime, LEAP can offer a range of excellent energy advice to households across Renfrewshire. They have a solid track record of being able to help people and I would encourage all local constituents to get in touch with them to find out how you can reduce your energy use and help save on your fuel bills.

“It was great to be able to catch-up with Gavin Newlands MP to highlight the important work that we’re doing in the area. Our staff and volunteers work hard to help lift people out of fuel poverty and to assist households to minimise their energy use. We work in a number of the towns and villages in Renfrewshire and happy to provide a range of energy advice to local households.”

Glasgow News? Daily Updates part of our network
Ferguslie Info Days – Pop in for a chat!