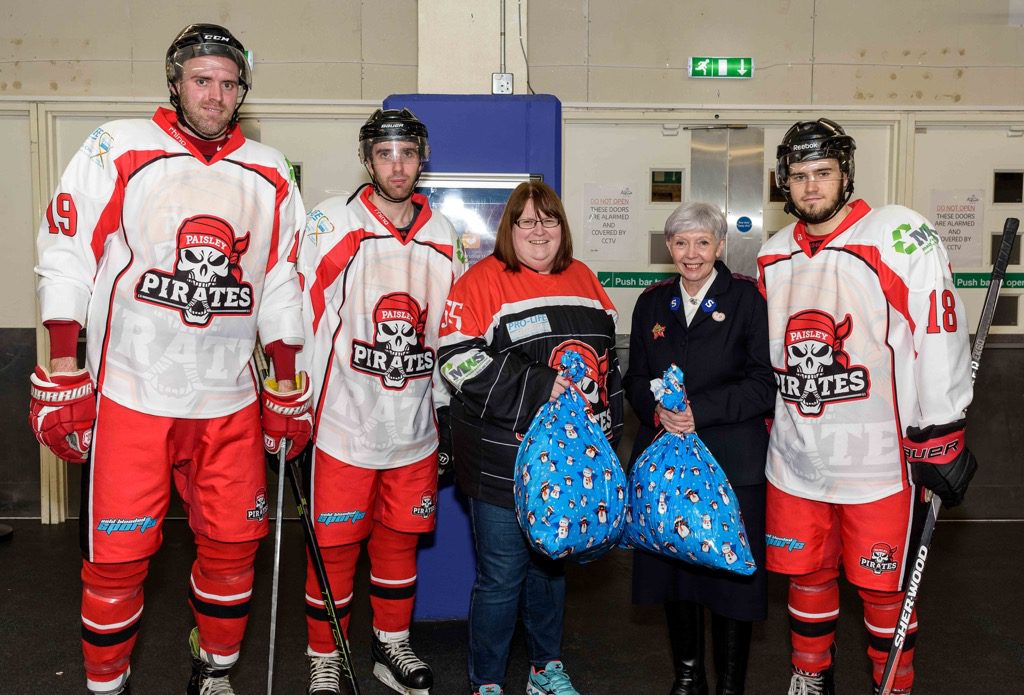 Paisley Pirates fans rose to the occasion over the festive period as they donated a number of bags of new woollen articles such as hats and scarves to help make Christmas a little bit easier for a number of folk, and bring a little bit of cheer to what might otherwise have been a fairly bleak few weeks for them. Marie Cadenhead, chairwoman of the Supporters Club, explained, “We were in conversation with Susan Niven from the Paisley Citadel just before Christmas, and what we did was put out an appeal to supporters to donate new woollen items to our collection which would take place during our match against Dundee Comets, our last match before the big day, on 17 December.”

“As usual, Pirates fans responded in numbers, to the extent that we were able to fill a number of bags with various winter woollens, which Susan, with our assistance, collected on the night, and these, in turn were distributed by the Salvation Army’s Glasgow pastors for distribution to needy individuals and families in the area over the festive period. It says a lot for our supporters that they were able to respond so quickly, and in such numbers, to the most worthy of good causes, and I know the Salvation Army is very grateful for the generosity shown by the supporters. Considering we didn’t really give them an awful lot of time, the response was pretty amazing and it just goes to show how people will happily donate to worthwhile causes when they’re asked.”