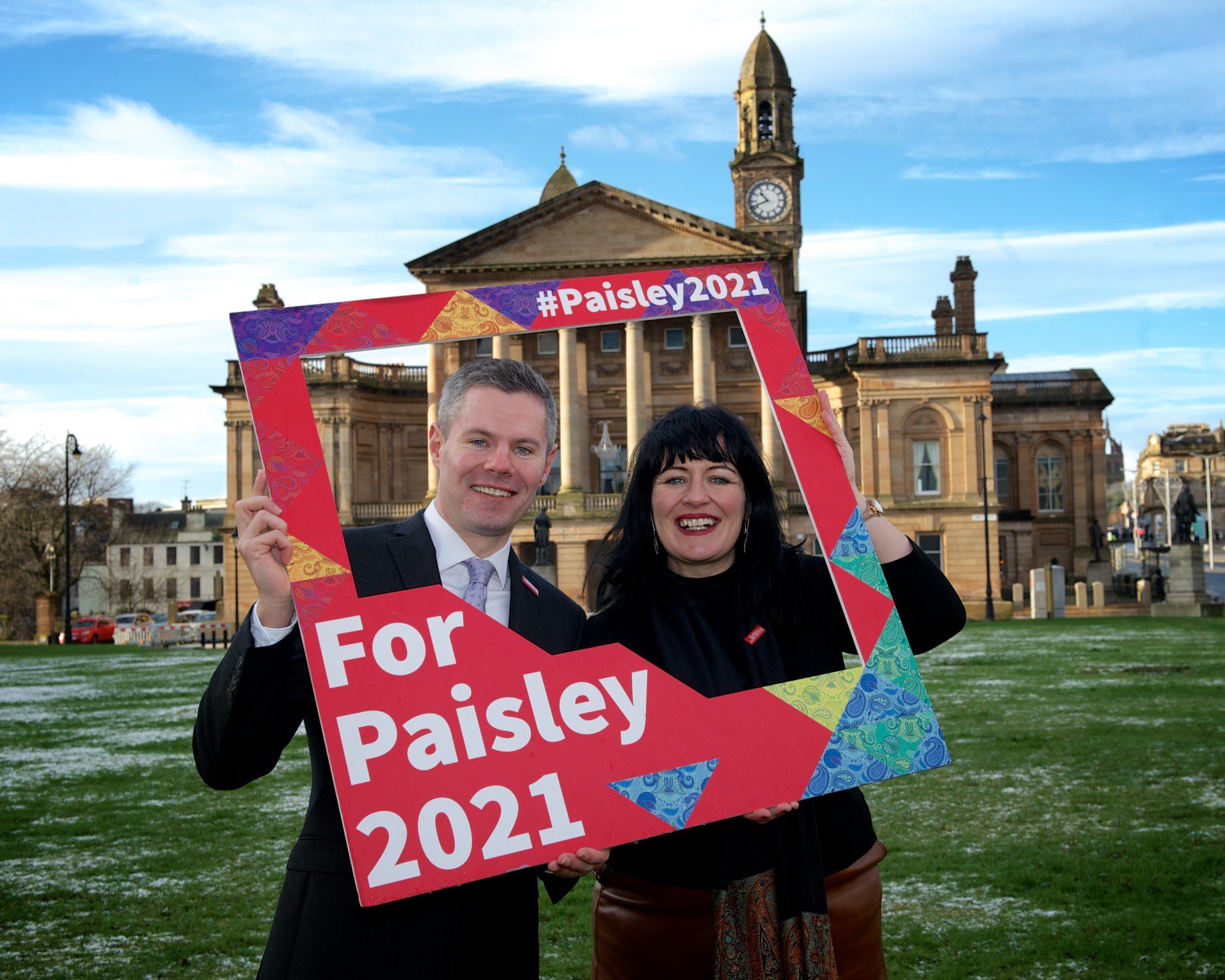 Renfrewshire North & West MSP Derek Mackay has wished Paisley luck, ahead of Thursday’s announcement on the bid to be UK City of Culture 2021. “The whole of Scotland and Renfrewshire will be behind Paisley, as we await the result of the bid.

“The bid has captured the imagination of local people and those from neighbouring areas, with businesses this week reporting an increase in sales since the bid was launched. The potential knock on effect for local businesses if Paisley were to win would be good for everyone.

“It’s been a fantastic, positive, energised campaign and great credit must go to everyone involved, particularly bid director Jean Cameron.

“Now to keep our fingers crossed that Paisley is declared the winner.”