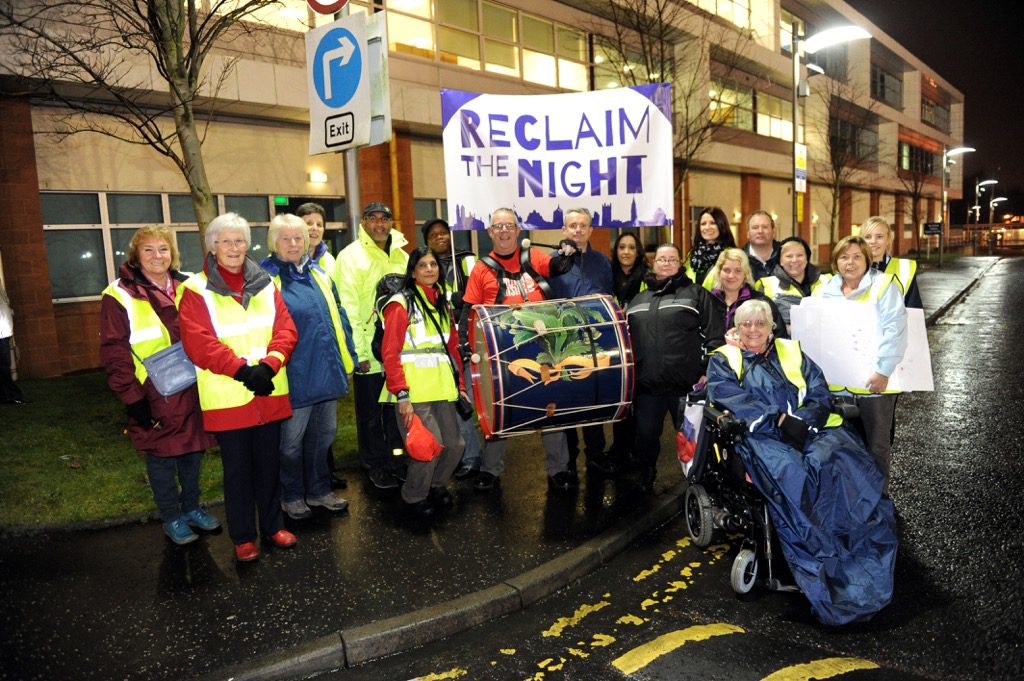 Men, women, boys and girls will be hitting Paisley’s streets on Tuesday evening for an annual walk of solidarity in support of a national campaign against violence. Co-ordinated by Renfrewshire Rising – a group that raises awareness and gives support to victims of gender based violence – the ‘Reclaim the Night’ march aims to raise awareness and calls for the end of violence against women.

Hundreds are expected to join in the cause with participants assembling at the University of the West of Scotland at 6pm on the 28th. The candle-lit procession will head down Paisley High St before stopping at Dunn Square for the laying of a white ribbon wreath at the memorial. 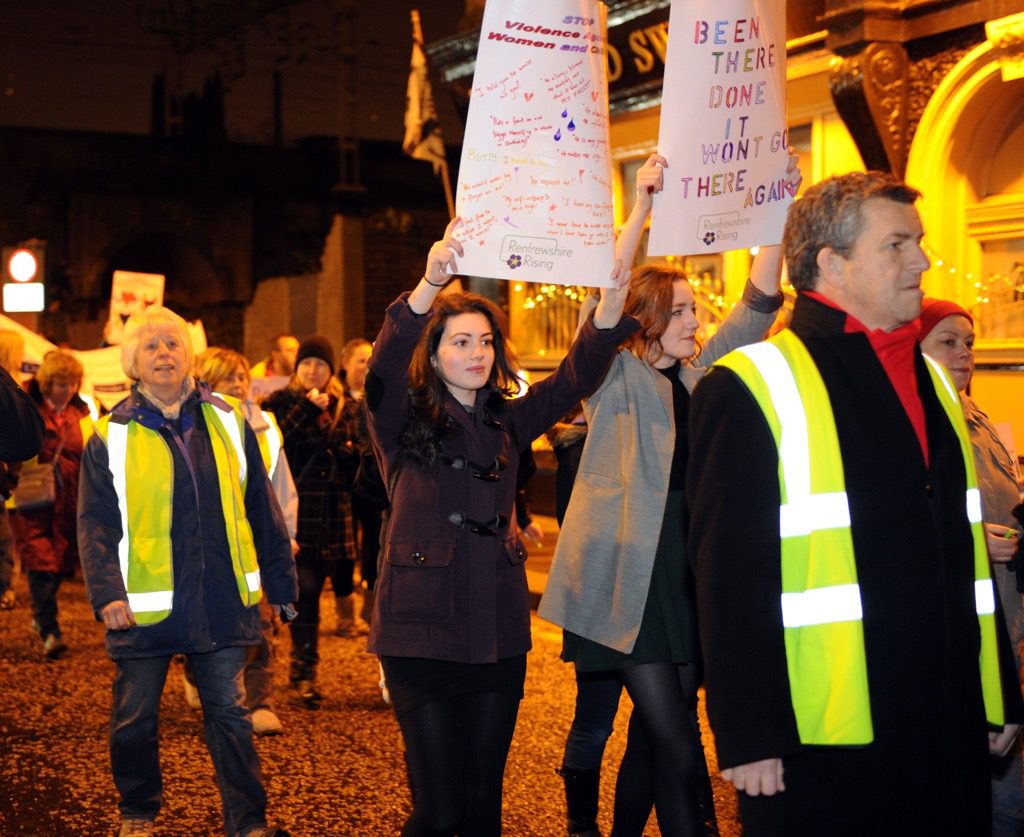 A two minute silence will then be observed in memory of women who have lost their lives due to violence, before the procession comes to an end at Paisley Abbey at 7pm where there will be an opportunity for refreshments and a chat.

Renfrewshire’s Provost Lorraine Cameron said: “The annual Reclaim the Night march in Paisley gives Renfrewshire women a voice and reinforces the message to everyone – both male and female –that gender-based assault will not be tolerated. We have a right to walk safely in our community at any time of day or night without fear.

She added: “Renfrewshire Council is continuing to develop the area as a safe place to live and work in. Women should not be afraid to go outside in their own communities and we must be able to live our lives without threat of sexual assault or harassment. The recent flood of incidents and outpouring of allegations following the #MeToo phenomenon on social media only makes it clear why an event like Reclaim the Night is important.”

Reclaim the Night kicks off Renfrewshire’s participation in the international ‘16 Days of Action’ campaign for the Elimination of Violence against Women. The theme for this year is ‘March to the Beat of Your Own Drum’ which sees women and supporting agencies join forces to educate and inform the public about gender-based violence.

No sign up or registration is required. Everyone is welcome to bring their own drum and meet at 6pm at the assembly point outside the University of the West of Scotland campus at Paisley High Street., PA1 2BE.

Anyone suffering from domestic violence can get help via two national helplines. Calls from a landline are free and the lines are open 24 hours a day.