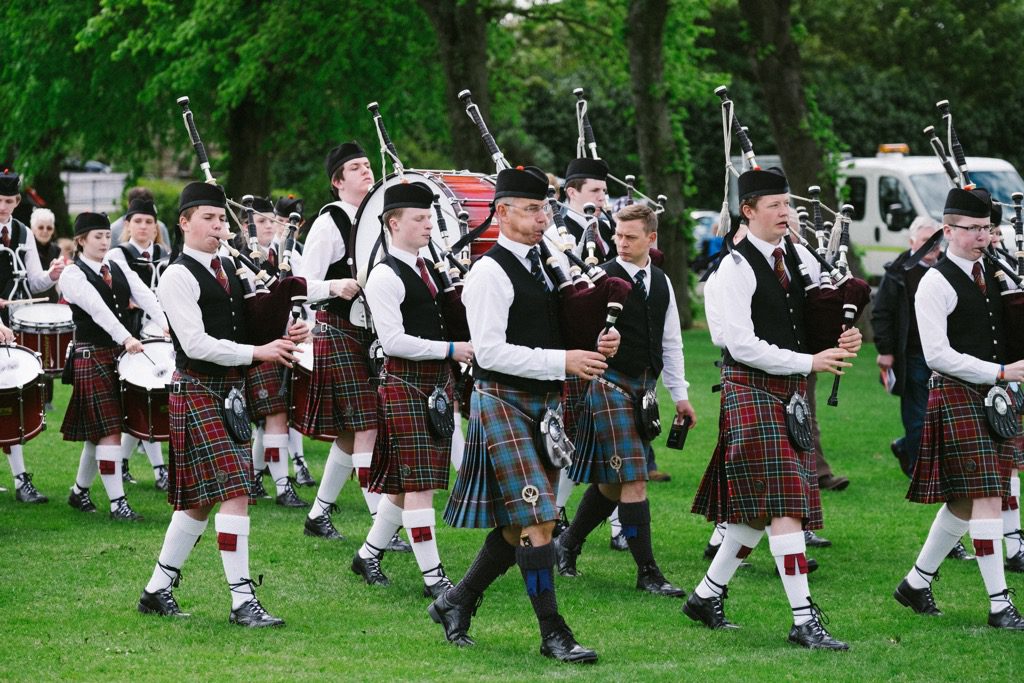 Pipe bands from around the globe will be heading back to Paisley after the town won its bid to host the British Pipe Band Championships for another three years up until 2021. The announcement sees the winning partnership with the Royal Scottish Pipe Band Association (RSPBA) which runs the event, extended by another three years to cover 2019 to 2021 – meaning it will feature as part of the town’s UK City of Culture programme, should it win the title.

The news comes just weeks before a decision on the winner of the UK City of Culture 2021 will be announced, where Paisley is shortlisted along with Coventry, Sunderland, Stoke-on-Trent and Swansea.

Next year’s event will be held on 19 May at St James Playing Fields and is set to attract thousands of competitors.

This year’s event saw Paisley welcome musicians from as far as Canada and Denmark as the top pipe bands in the world aimed to be crowned British champions.

More than 4,000 pipers and drummers are assessed by RSPBA judges across 11 different categories in one of the biggest events in world piping.

Paisley 2021 Bid Director Jean Cameron said: “This is a truly international event which attracts huge numbers of visitors to the area, in turn bringing an economic boost to local businesses.

“We’re delighted that it’s been such a success that Paisley will continue to host it up until 2021.

“As we get closer to a decision by the Department for Digital, Culture, Media and Sport on the UK City of Culture 2021 title, an event of this scale demonstrates how Paisley is  now recognised as an established venue for major events.”

Ian Embelton, Chief Executive of the RSPBA, said: “Our time in Paisley has been really successful so far and has proved a great partnership, which we are delighted to continue.

“Paisley is very well received as a venue and we’re looking forward to returning – and hopefully becoming part of Paisley’s UK City of Culture 2021 year.”