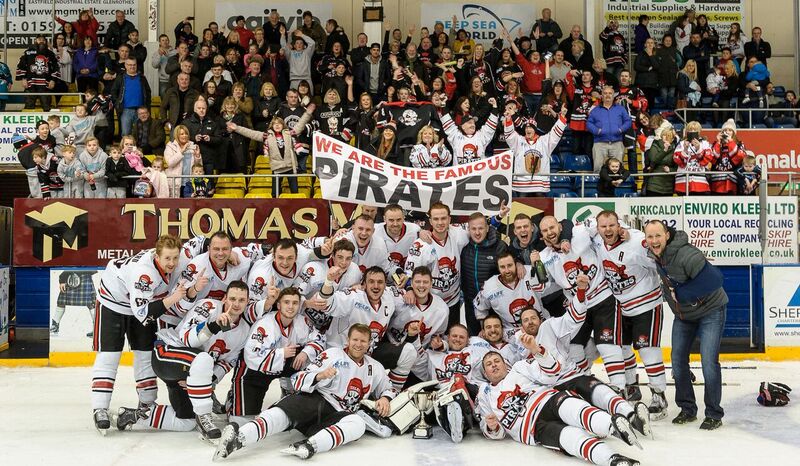 Paisley Pirates Head Coach Ian Turley was happy with his team’s performance at the weekend, when the side took a maximum four points from their two matches at Kilmarnock Thunder and at home to Edinburgh Capitals on the Sunday. “I don’t think we managed a four point weekend all of last season, when we won the Scottish National League, so Adam and myself are pleased that we managed to get through both matches, perform well, and score a few goals in the process,” he commented. “The team has come together very nicely, considering the fact that there were a lot of new faces brought in before the start of the season, there’s a fantastic team spirit in the dressing room, and the boys are all desperate to learn. One or two of them have commented that they wish they had come to Pirates earlier, which is a big compliment to the club and, to be fair, the boys seem to be enjoying what they’re doing not just on game nights, but also in training.”

He continued, “The attendance rate at training is virtually 100%, and while you might expect that to be the norm, when you’re training at amateur club level there can be work commitments, family responsibilities, and any number of events which can cause players to miss it, but these guys have been committed from day one.”

“There’s a real positive feel about the place right now. A number of fans have already said that they can see and feel a difference on the ice, a very positive one, in terms of how we’re going about our game plan and our strategies, and how well the guys seem to be playing as one, as a team.”

“Both Adam and I are delighted with the response we’ve been getting from the team, it’s very satisfying to watch players listen and understand what we’re saying to them, and then go out and do it on the ice. I think we’ve maybe surprised a few folk already this year. We’ve got a bit of a break this weekend with no games, which I’m quite pleased about as they’ve worked very hard up until now and I don’t expect that to change. We’re back in action against Kilmarnock Thunder at Braehead Arena on Sunday 10 December.”