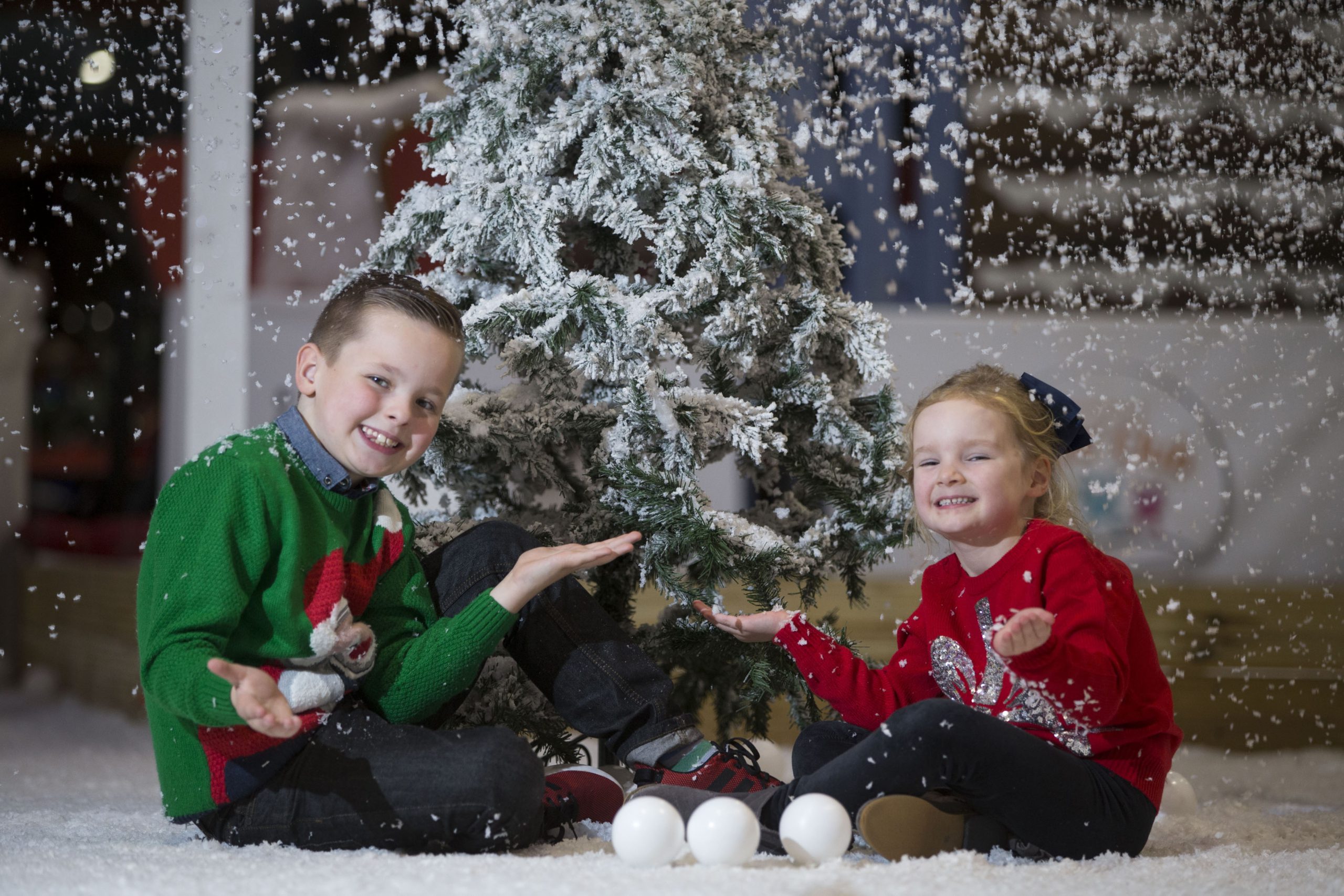 Snow wonder these two youngsters have smiles on their faces, as they’ve just discovered an indoor winter wonderland. Owen Macdonald, eight and five-year-old Ava Gordon, from Paisley had a great time playing in the fake snow and throwing snowballs in the amazing winter scene created inside the Soar at intu Braehead leisure destination.

The free event featuring snow for kids to play in, a ball pit full of plastic snow balls to have fun with, two giant Santa’s sleighs for families to have their pictures taken in and a giant moose called Chris who tells everyone how he makes it to the North Pole to help Rudolph and Co on Christmas Eve. 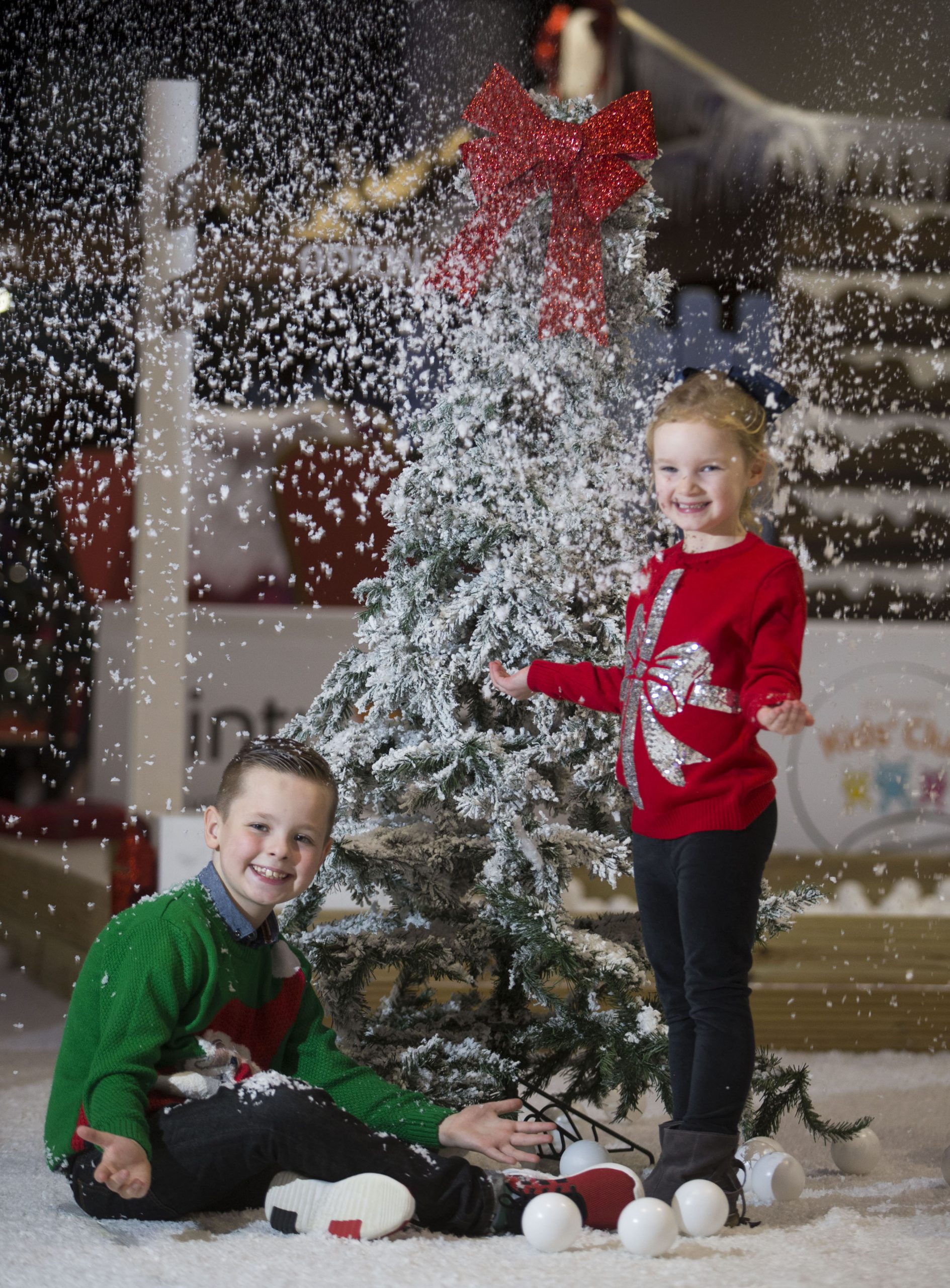 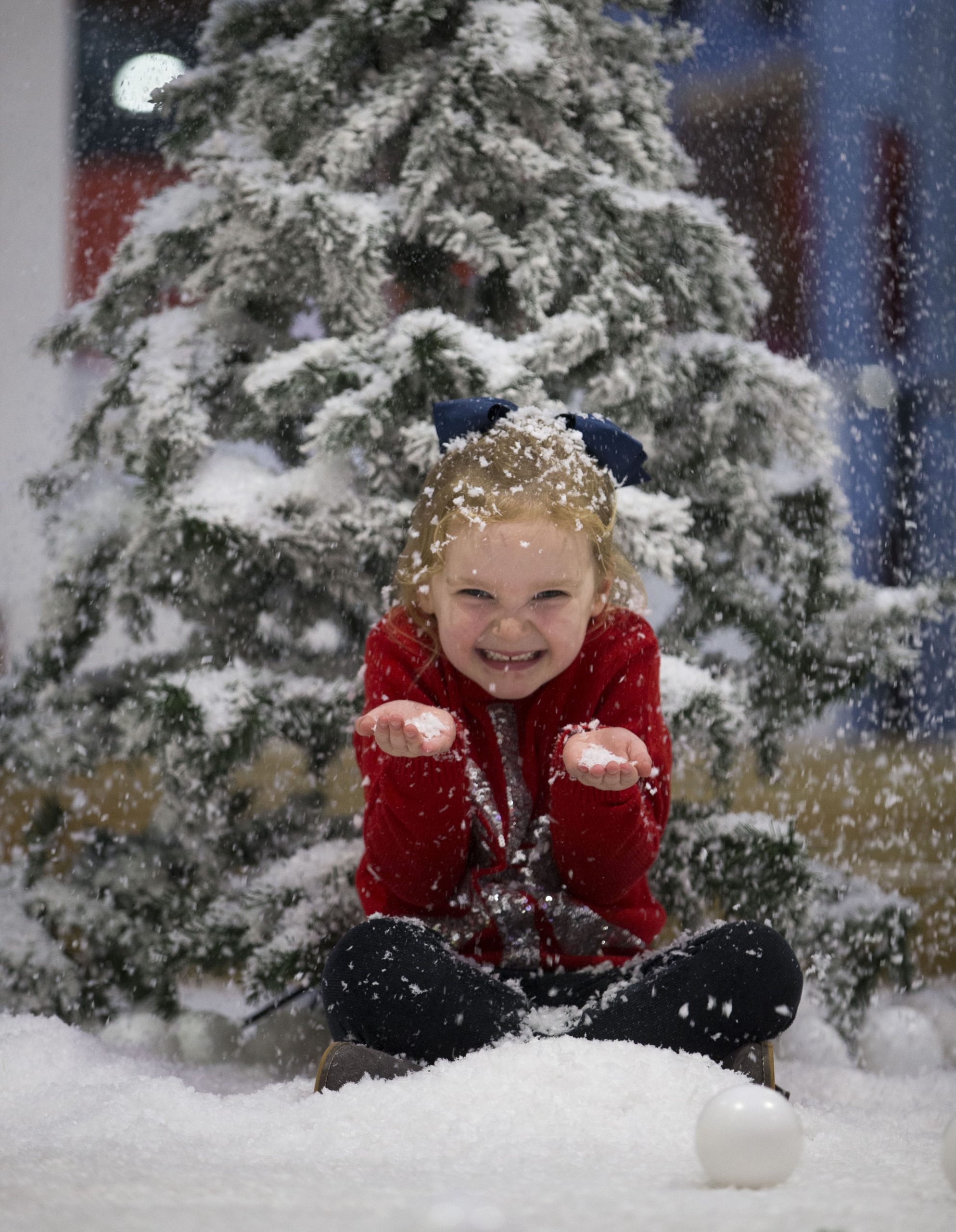 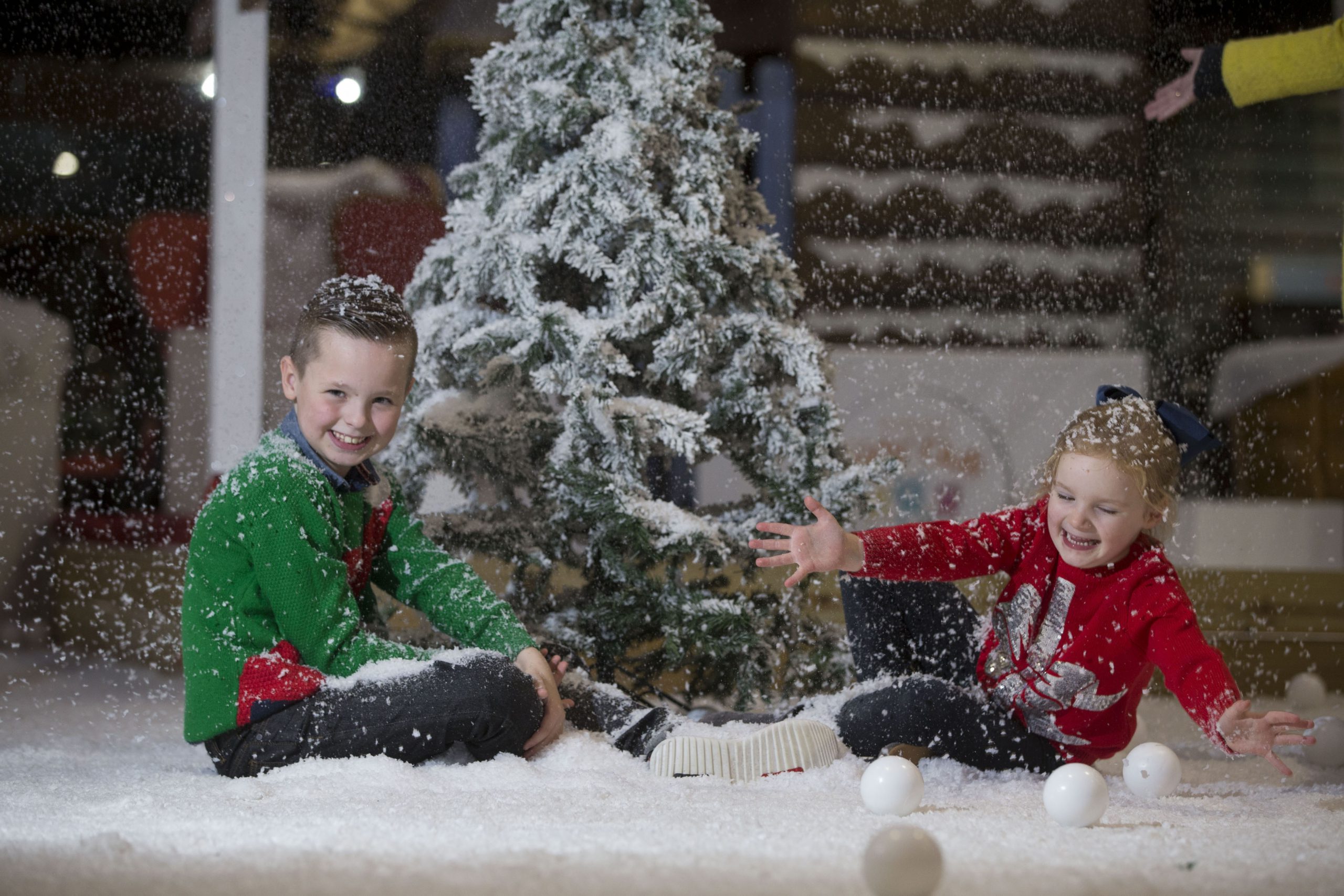 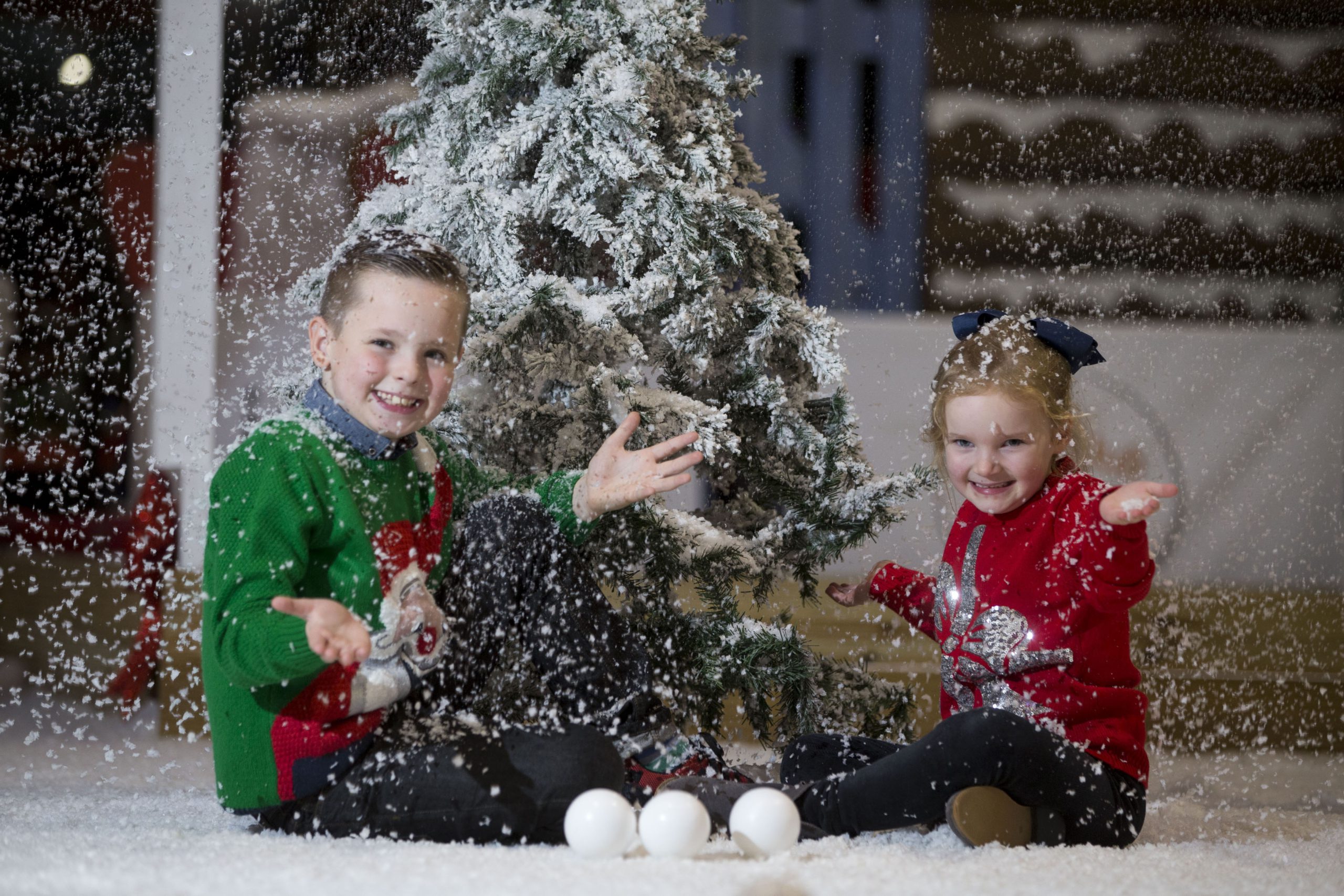 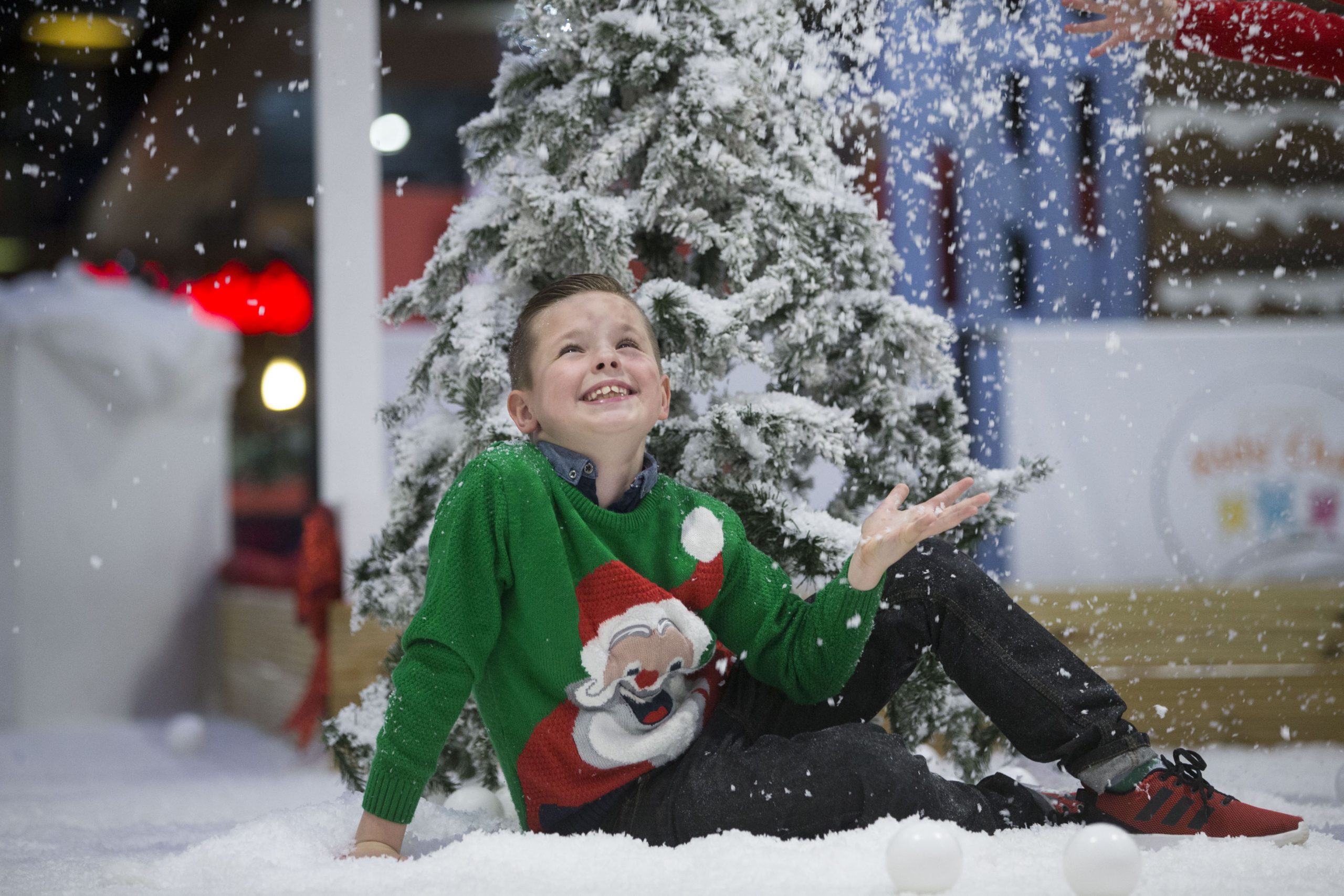 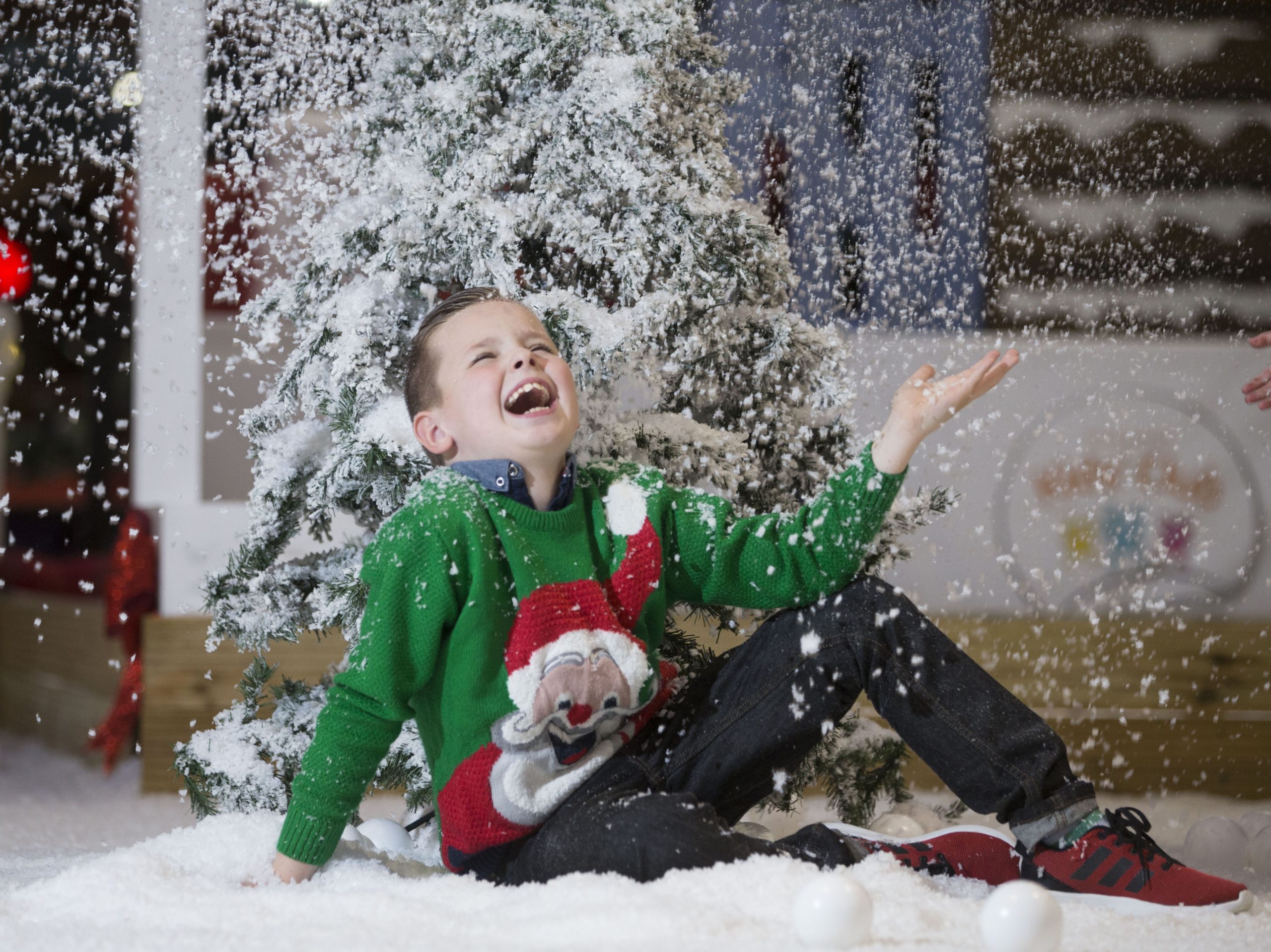 The winter wonderland spectacular is now open at 10am every day from now until January 6.
Marketing manager for intu Braehead, Christine Macdonald said: “We’ve had hundreds of youngsters – and some people who are not so young – having a fabulous time playing in our fake snow and throwing snowballs at each other.

“And it’s wonderful to see the look of awe on children’s faces, as they watch and listen to Chris Moose tell his amazing story about helping Santa at the North Pole.”

Glasgow News? Daily Updates part of our network
Light up a life this Christmas

The spirit of St Andrew
Scroll to top