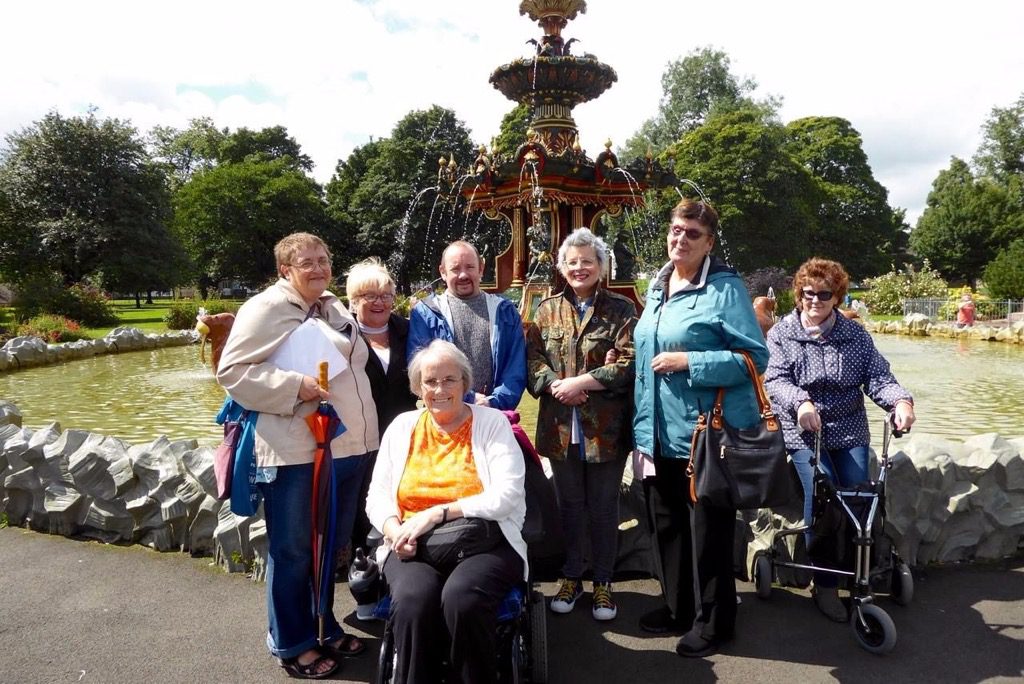 Between then they formed three of Paisley’s most important families.

Now their remarkable stories have been captured in ‘Dynasty: the Stewards, Coats & Clarks Heritage Project’. The Disability Resource Centre (DRC) and ROAR – Connections for Life undertook genealogical research into the clans to produce  an interactive digital Story Map.

Led by social historian Lil Brookes, the nine month project is part of the Townscape A demonstration of the Story Map took place at the University of the West of Scotland this week as Paisley bids to be named UK City of Culture 2021. A decision is expected from the Department  for Digital, Culture, Media and Sport which organised the competition, in December.

The Stewards founded the 12th century Paisley Abbey and later took the name Stewart, becoming the most famous family to sit on the Scottish throne.

The Coats and Clarks were two of the town’s great manufacturing families , on whose wealth much of Paisley was built.

Lil Brookes, who also uses sensory techniques to bring history alive, said: “We set out to rediscover the history of the three families by using archives and maps and newspapers. We used digital resources and carried out searches of family records online.

“We also did some sensory work as some of the ladies in our group are blind.

“They can’t use news archives but can use their other senses of hearing, touch and smell.  Even by sensing something like an atmosphere, like the air moving, we can actually sense history without using our eyes.”

Lil held a sensory quiz in Paisley Abbey where everyone was blindfolded and used the scent of Lavender and other herbs to bring to life the site’s past use as a hospital.

She added: “We also looked at people like Thomas Coats from the famous textiles family and what they were like as real people and not just statues. Like all families they had their squabbles and skeletons in the cupboard.”

Renfrewshire Council Depute Leader, Councillor Jim Paterson, said: “This is a great project which shows the importance of the history of Paisley and how much we can still learn from looking to the past, as well as the legacy of these influential families.

“It’s a very effective way of helping open up our heritage for everyone.”

Megan Leishman from Historic Environment Scotland (HES) said: “It’s fantastic to see the HES funded Paisley TH.CARS2 initiative reach a new audience. To see such a diverse group of people interested in exploring the history of these prominent local families, made possible thanks to the help of Disability Resource Centre, ROAR – Connections for Life and UWS, is great.

“We’re excited to see the results of their research and to learn more about the Stewards, Coats, and Clarks and the legacy they have left behind in Paisley.”

Lucy Casot, Head of the Heritage Lottery Fund in Scotland, said: “Thanks to National Lottery funding, our heritage can be a living part of a community bringing people together to learn from and enjoy their shared identity. Paisley is to be congratulated on its commitment to making heritage more accessible to everyone. Through projects such as this people are discovering a new love of history.”

The Story Map can be found at: www.paisleyhistory.co.uk.