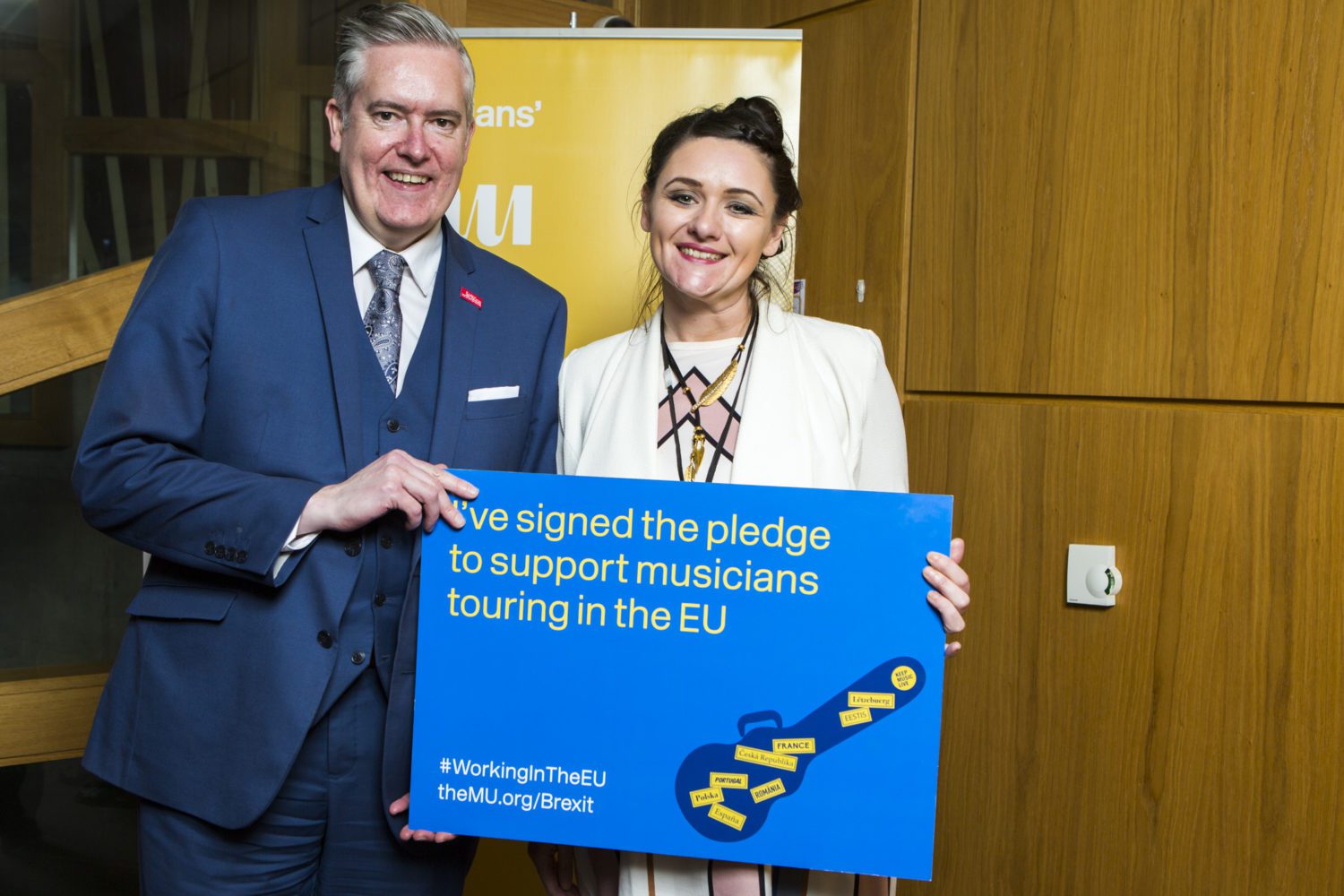 Musicians are very concerned that the Brexit process may lead to the introduction of individual member state work permits and/or visas for British musicians touring and working across Europe. Most professional musicians and performers rely on touring and travelling for their careers and livelihoods and gigs are often organised at short notice.

As some performers can be working in several different European countries over the course of a few days, the possible introduction of work permissions and/or visas for British musicians touring and working in Europe could be extremely detrimental.

The Musicians’ Union launched its free movement campaign in Spring 2017.

Over 150 MSPs, MPs, Peers and MEPs have signed the pledge to do all they can to ensure musicians can travel freely and easily post-Brexit for time-limited activities such as touring and performing, with minimum administrative burdens.

A petition launched in September has attracted over 19,000 signatures, with the majority of people signing via a Change.org petition. The MU is also encouraging all musicians to share their experiences of touring, performing, teaching and other work in the EU on social media using the hashtag #WorkingInTheEU.

The creative industries are worth over £87bn in GVA to the UK economy – more than oil and gas, life sciences and aerospace combined – and is the fastest-growing sector of the economy, employing 1 in 11 people.

The UK has the largest cultural economy in the world relative to GDP, is the largest producer of recorded music in Europe, and is the second largest exporter of music (after the US).

It is vital we get the best possible deal for the sector in a number of areas that have been so critical to its success – the ability to tour and trade easily with the UK’s largest export market and to attract talent, IP protection, EU arts funding, workers’ rights and the rights of EU citizens in the UK.

Horace Trubridge, Musicians’ Union General Secretary says: “British musicians have long enjoyed easy access to touring in Europe, as UK venues and festivals have benefited from easy access to European performers. We know from touring in the US elsewhere, that visas and other restrictions impose significant costs and administration, and occasionally considerable financial loss when visas aren’t processed in time. We are calling on MPs and the Government to help secure a deal that will ensure ease of movement for touring and performing post-Brexit”.

George said: “Today, I confirmed my support for professional musicians and performers in my constituency, and will urge the Government to ensure that they can continue to be able to travel easily across Europe post-Brexit for touring and performing with minimum administrative burdens”.