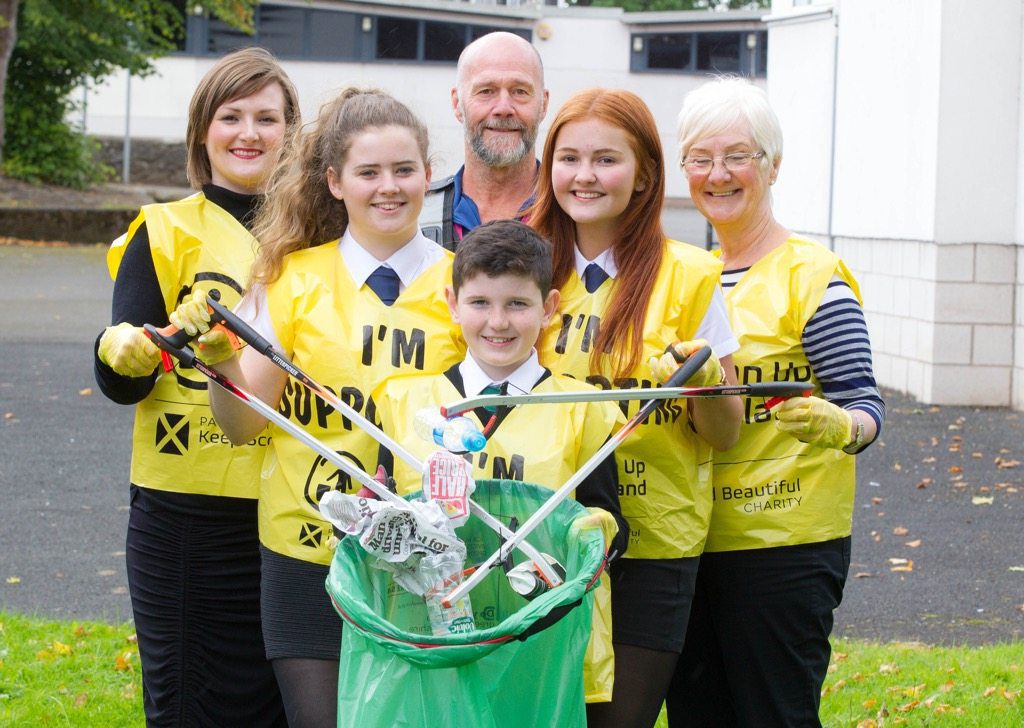 Renfrewshire Council has joined organisations across Scotland in supporting Recycle Week as new figures give a boost to the area’s green credentials. The annual UK-wide campaign takes place from 25 September to 1 October and aims to raise awareness of the importance of recycling.

The Council is utilising Recycle Week to highlight the benefits of recycling and to promote the ways in which every person they can do their bit.

Recent figures issued by the Scottish Environment Protection Agency (SEPA) show that Renfrewshire Council is making significant progress with the Council performing above the national average, recycling 48.5% of its waste.

Waste submitted to landfill is also significantly below the national average of 42.3%, with only 24.2% of waste unable to be recycled or diverted from landfill – placing Renfrewshire 3rd of 32 local authorities.

Renfrewshire is one of five local authorities to participate in the Clyde Valley Residual Waste Project which will begin in December 2019. The project will divert residual waste from landfill and produce a refuse derived fuel, ensuring the Council complies with the Scottish Government landfill ban on biodegradable municipal waste by January 2021.

Councillor Cathy McEwan, Convener of Renfrewshire Council’s Infrastructure Land and Environment Policy Board, said: “These new figures are extremely positive and reflect the Council’s commitment to increasing the amount of waste recycled in Renfrewshire.

“We want to encourage our communities to reduce, reuse and recycle wherever possible to decrease the amount of waste which ends up in landfill.

“It is important that recycling takes place wherever possible as this can play a major part in having a positive effect on our environment.

“We’re happy to support Recycle Week as it ties into our aims to improve Renfrewshire’s environment, highlighted through our Team Up to Clean Up campaign.”

Over the course of the week, Zero Waste Scotland will be encouraging people from all over the country to become waste warriors by recycling as much as they can.

Iain Gulland, Chief Executive of Zero Waste Scotland said: “Recycle Week is the perfect opportunity for us to get as many people as possible from across the country recycling more and we are grateful to Renfrewshire Council for joining us in spreading the word.

“Recycling in Scotland has vastly improved over the past few years but we still have some way to go to meet the Scottish Government’s target of recycling 70% of our waste by 2025. It is a target that can absolutely be achieved if every one of us makes that extra effort to ensure we are recycling as much as we possibly can.”

To sign up to Recycle Week please visit: www.zerowastescotland.org.uk/recycleweek2017

For more information on the Team Up to Clean Up campaign visit: www.renfrewshire.gov.uk/teamuptocleanup